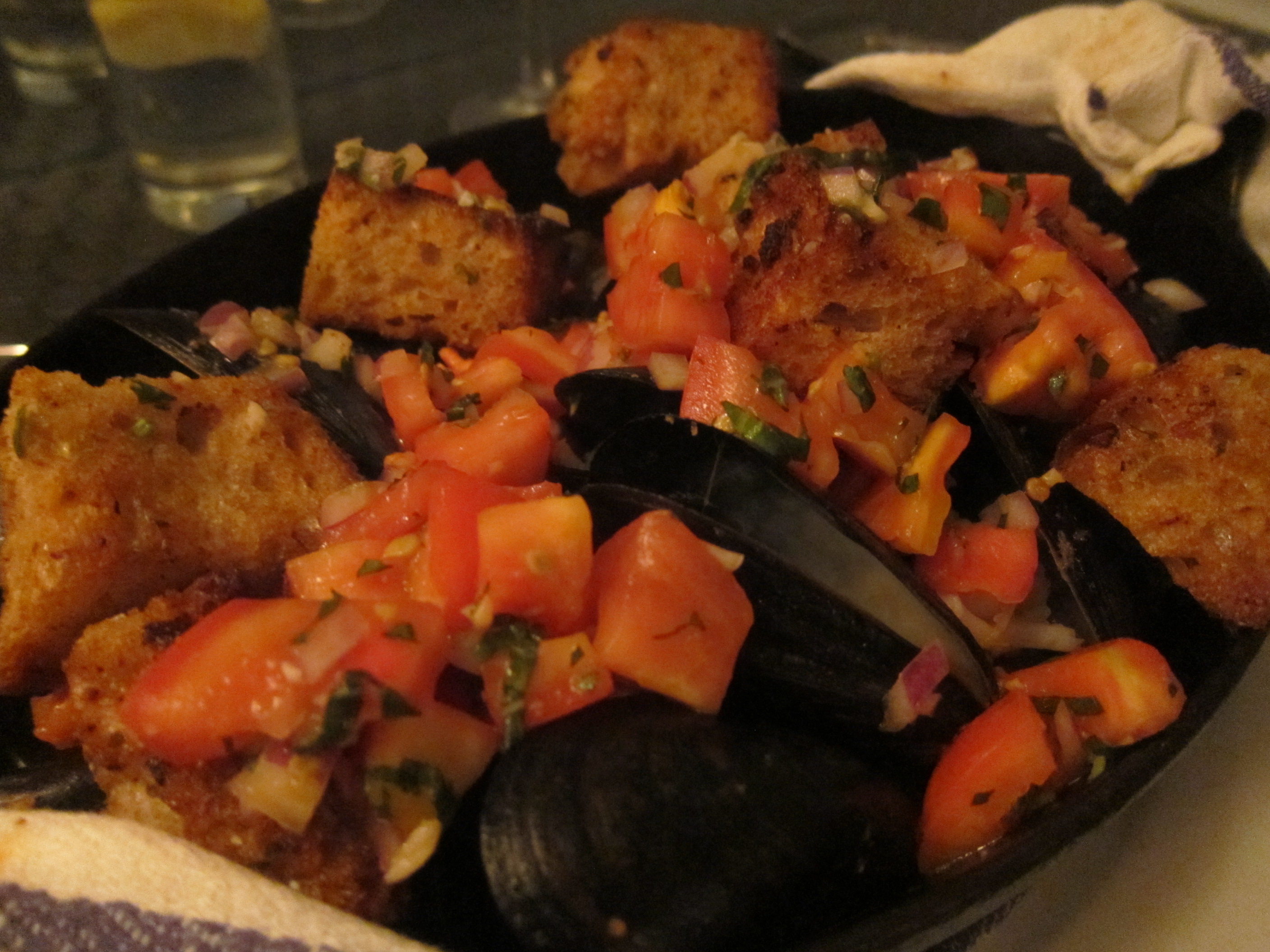 Now this is the type of flexing I can get down with. Flex Mussels on the UES had me in a food coma for a little bit, but it was well worth it. Everything was so fresh and delicious, and the menu boasts so many variations of mussels that everyone can find something they like. Unless of course they don’t like mussels…Jess is one of the few friends I have who can hold her own in the eating department; we got two apps, two pots of mussels, two glasses of wine, fries, and dessert. Because you can’t have mussels without fries, and you can’t have anything without wine. Amen.

There was a tuna crudo appetizer that sounded delightful – sushi grade tuna sliced thin and drizzled with olive oil, lemon, cracked pepper, flakes of sea salt and topped with watercress and arugula. The bitter bite from the arugula was washed away by the acidity of the lemon, and the sea salt were like little crystals that crunched and popped on your tongue. A very light bite indeed. Now the antithesis of that would be our second appetizer, the “Burnt Fingers” aka fried calamari, shrimp, oysters and shallot rings. The batter was super crispy, and instead of marinara, they serve it with chipotle mayo. Of course. Why have a lycopene-enriched and heart healthy marinara when you can have pure fat? Sorry I stand corrected…spicy fat.

The mussels and fries are bangin. Yea I said it. BANGIN. I got the Fungi mussels in onion, mushroom, bacon and cream broth, and oh my heaven was it good. These chunks of bacon were no joke, and neither were the mussels. They give you a large pot of them (I’m told about 20-25 mussels), and the only thing I wish they included was some bread. What’s better than dipping crusty bread into that broth? Dipping fries in it maybe? Fries with Old Bay seasoning? Mmmyesssss.

Jess was smart and ordered the Bruschetta mussels, which comes with bread already! Like bruschetta, large chunks of crisp bread are swimming amongst the mussels in a tomato, onion and herb broth. Oh and there are meaty pieces of lobster too. Yum. The bread and the lobster was excellent, but I think I liked the Fungi better. Damn bacon gets me every time!