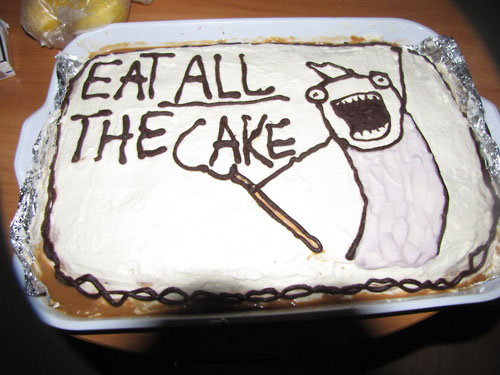 Before I even get started, let’s just take a moment to read this blog post from Hyperbole and a Half. This has to be one of my all time favorite blog posts ever written about food; it’s long, but it’s so wonderfully done, you will find yourself breezing right through it and wanting more. I guess the same could be said about my eating habits..? This is my favorite line: I would eat all of the cake or I would evaporate from the sheer power of my desire to eat it.

Hilarious. Anyway, being a big fan of Harold Dieterle’s restaurants (Perilla, Kin Shop), I felt I had to get to The Marrow immediately, if only to test the nuances of this curious German/Italian menu. This isn’t a pairing I’m used to seeing, but this is New York, we embrace diversity; I mean, people sell churros in the subways here. I guess I shouldn’t be surprised by anything anymore. The Marrow’s menu pays homage to Dieterle’s lineage (German on his father’s side, Italian on his mother’s), and it is broken down into two columns to represent each side. We started with burrata cheese (special for the night), and the hand cut fettucini (sticking with Italian so far). The burrata was good but for the amount of money, it was a bit small. The fettucini on the other hand was delicious – perfectly cooked and sauced just right with sausage, squash, mushrooms and parmesan cheese. LOVE.

We didn’t get the bone marrow. I know it sounds weird to go to a restaurant called The Marrow and not get…the marrow. But we saw it come out a few times from the kitchen and once again, the portion looked kind of small and unimpressive. Maybe it’s delicious but we were hungry, we wanted something more substantial (hence the pasta). For our entree, we split the Hen of the Woods mushroom. Wait a minute Dara. I thought you just said you were HUNGRY? And you got a MUSHROOM for an ENTREE? Yes. Yes I did. And it was awesome.

I have never heard of this mighty mushroom, but it is in fact, huge, and surprisingly meaty/filling. Cooked to a strange crispy texture that I have not seen on a mushroom before, it sits atop a bed of creamed kale, fried celery root, and truffled mushroom jus. Much like the menu itself, it was surprising, but in a good way. I would 100% order this again.

Are you ready for some sad news? I’ll be gentle: the beef fat fried potatoes were not amazing. How can something with that name be bad?! It wasn’t. It just wasn’t great either. The potatoes lacked flavor except for the drizzle of aioli on top and desperately needed to be graced with the presence of salt. Sad day.

Fortunately, the dessert makes up for the shortcomings of the side dish. This cake. I don’t even know how to describe it. I was just talking to a friend recently about how I don’t even LIKE cake that much. I will eat it, because I’m a fatso, but I generally don’t CRAVE it the way I crave a cookie or a cupcake – which is weird because a cupcake is basically cake, just in compact form. Listen I never said I was normal. Now let’s talk about this cake, ginger stout cake, to be exact. It’s got this deep molasses flavor and color, with a caramelized, crunchy sugar crust, and topped with poached pears and honey ice cream. I don’t even fucking like pears and yet I devoured this cake with the same reckless abandon I usually reserve for things like Cool Ranch Doritos and Oreos. My point is it’s like crack. Cake crack. You need this and you need it yesterday.

Regardless, The Marrow nailed a few things (THAT DAMN CAKE), but I think I need to go back to get a better idea of the whole concept, because I wasn’t blown away the way I was with Perilla and Kin Shop. It also left me wondering what other random nationalities could make a good pairing. I’m Romanian and Greek by way of Transylvania and Sparta, maybe I’ll open a restaurant and see how that goes. I’ll call it Dracula 300. Wish me luck.

Also, if you want to try something fun at The Marrow, get a couple glasses of wine and then try to order this one: