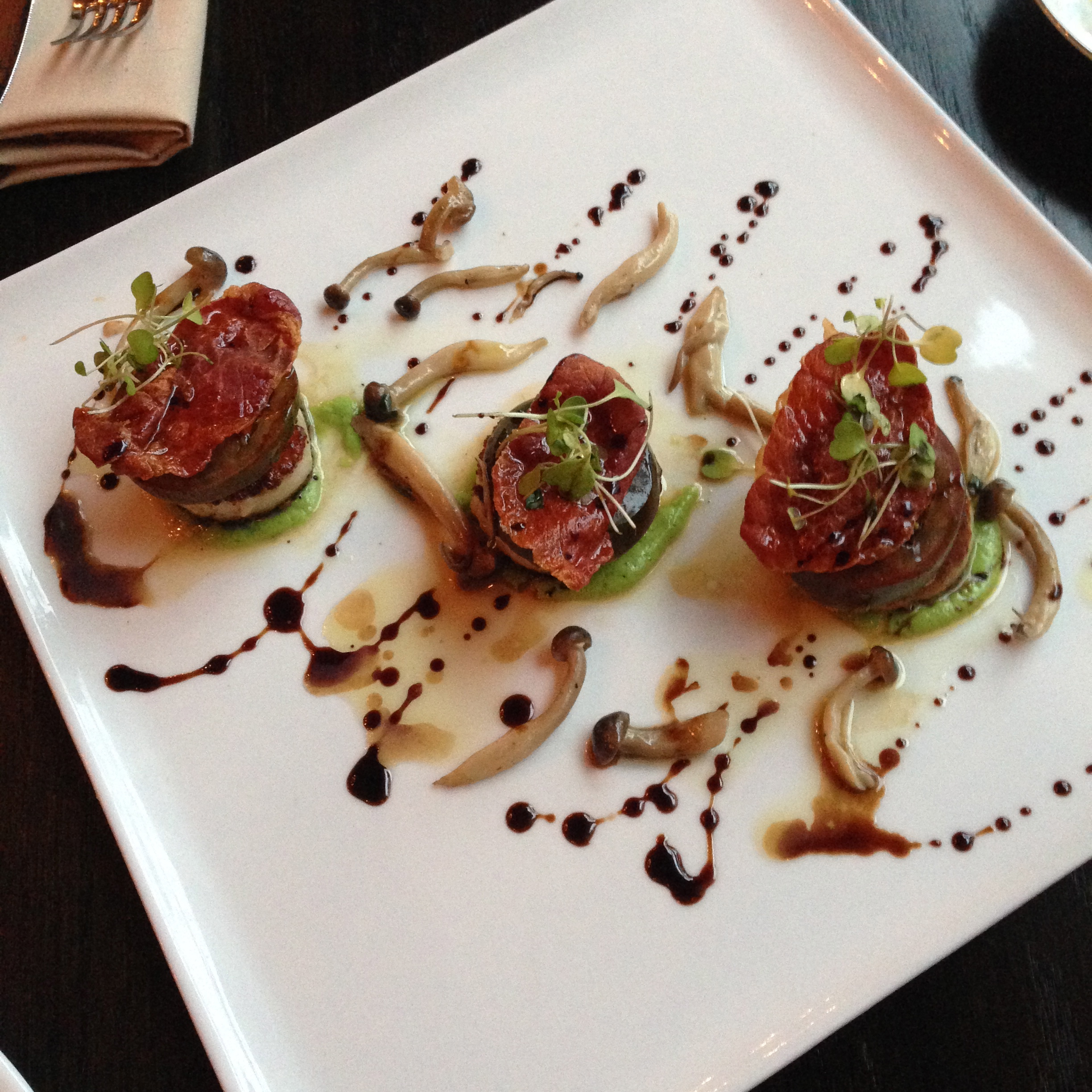 What more can a person ask for from an Italian joint?? I should just end the review right here and let you go for yourself and check those out…but I won’t because I’m nice and I actually want to sing some praises for La Nonna. Situated on North 3rd and Kent in Williamsburg, I felt like I was sitting in my grandma’s house, which is fitting since that’s what “Nonna” means in Italian. The space is pretty big, so I wouldn’t call it cozy, but it still felt very homey; it was the type of place I would take my family to for a nice dinner. Don’t expect a trendy crowd here, but that may be a nice change from the typical scene in Williamsburg anyway, no?

So let’s talk about these meatballs. Ohhhhh these meatballs. Kale meatballs, covered in cheese and butter. Or cheesy butter. Whatever it was, it was delicious. SO rich, but so worth the calories. And hey, if you want to get your kids/spouse to eat kale, this is surely the way to do it. I tried the meatballs sans sauce just to see how they taste and they were good without it, but trust me, you want the sauce.

So here’s a dish that was appealing to all the senses: the scallops. Just look at that pretty plate. Honestly, I thought they were solid without some of the extra accoutrements, but far be it from me to complain about crispy prosciutto on top of a buttery scallop. As most of you know, I am bacon’s biggest fan, but sometimes I feel like restaurants throw it in their menu just to cheat a little…i.e. when you add bacon, it’s automatically a winner (usually). So…do I think these scallops with pea puree were good on their own? Yes. Did bacon (prosciutto) help? Sure. Did it need it? Not necessarily. Either way..I’ll allow it.

Are you ready for the truffliest, creamiest pasta you will ever have in your life? I think you are. And can we also make truffliest a word?? Anyway, I have a severe weakness for egg yolk. I’m all about the yolkporn. The ravioli at La Nonna is just one large circular ravioli with egg yolk inside it, and then covered in a parmesan truffle cream sauce and mushrooms. Sweet jesus. It was very tasty, but again, so so rich. Some people might like a heavy pour on the sauce, but I think given the weight of this dish to begin with, a lighter coating would be better. My main complaint was that the yolk was a little overcooked; I was hoping for more of a runny yolk situation, but we managed to eat most of it anyway.

I have been eating a lot of steak lately, so I decided to switch things up and go lamb. We went HAM on lamb. The lamb chops were delicious. I have zero complaints there. Cooked perfectly, and stacked up nicely with honey goat cheese, peppercorn sauce, and cherries. I normally hate cherries, but they work here with the tangy lamb and goat cheese. Really nicely done. No picture because it came out like crap. It doesn’t do it justice.

Somehow we managed to save some room for dessert…probably because Anna (front of house) told us to. She was adamant. She was also adamant about the Nutella Tiramisu, and well, who wouldn’t be?! I love Nutella and I love tiramisu. Done. I was afraid I wasn’t going to taste the Nutella, but oh trust me, you can. Like I said, if there is one thing La Nonna is not shy about, it’s a heavy hand. I guess my grandmother was the same way, even though she wasn’t Italian. I suppose it’s a Grandma thing…which means La Nonna certainly lives up to it’s name.

Website not up yet but soon! And also soon…brunch!