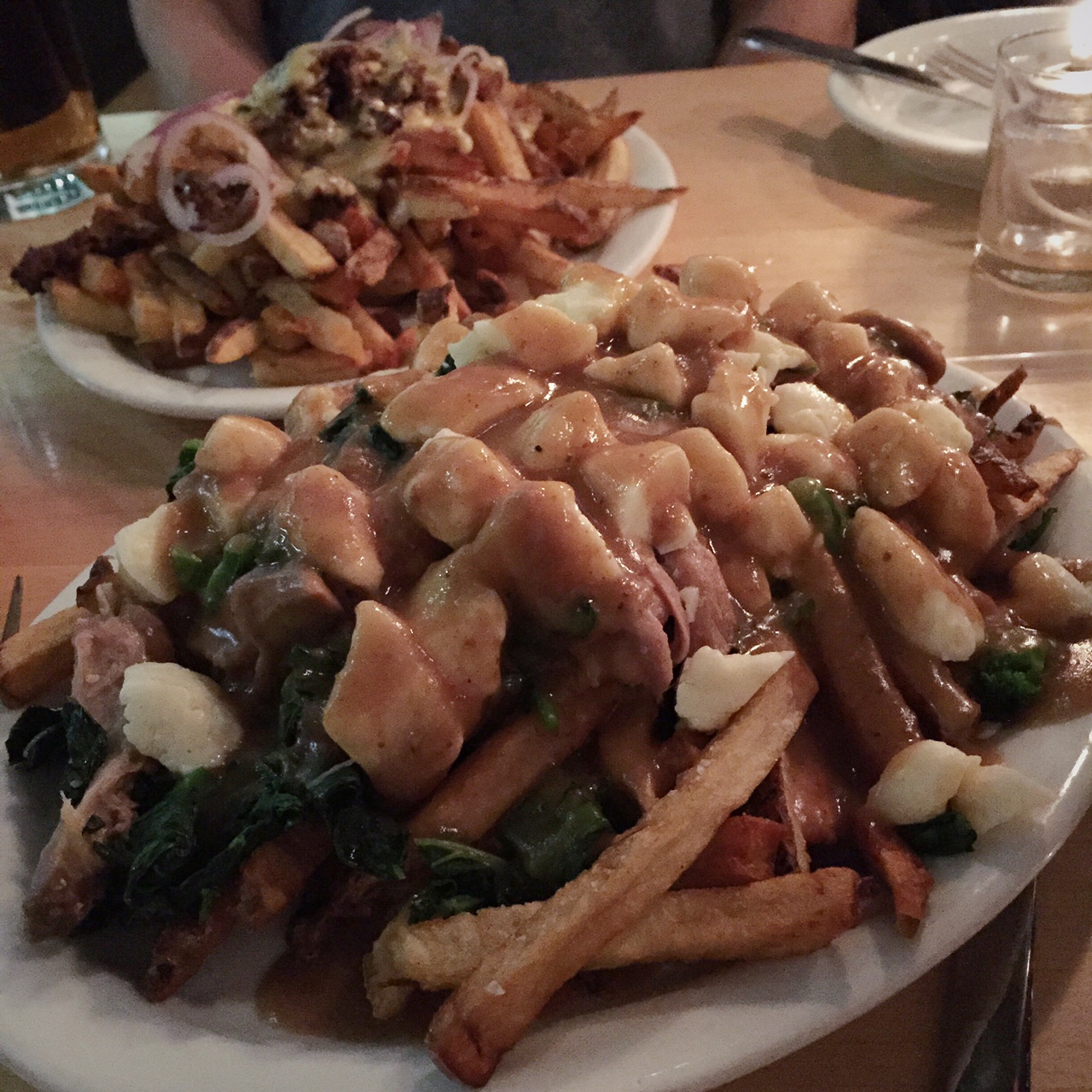 I’ve been so busy cooking that I have forgotten about my other favorite hobby…JUST PLAIN EATING.

Let’s start with Poutine Week, which I had the pleasure of experiencing via Mile End Deli, one of my favorite sandwich spots in the city. Who doesn’t love a good smoked meat sandwich on rye with a shmear of mustard? This half Jew definitely does. I also got down with the chopped liver plate. Mmmm chopped liver. Theirs was ALMOST as good as my Safta’s…and that’s saying a lot. And I hope she doesn’t see this and kill me for saying that…

The poutine options were PLENTIFUL during Poutine Week, and I had trouble deciding which one to get. Here were the options:

All sound delicious, I know. My love for The Fat Jewish on Instagram was calling my name, but at the same time, the smoked meat burger poutine and it’s “american cheese sauce” was pumping an insane amount of love and adrenaline through my clogged arteries, so I got that one. I really enjoyed the cheese sauce and the smoked meat burger was really delicious even on it’s own – such a good flavor. I asked for extra cheese sauce on the side though. I did.