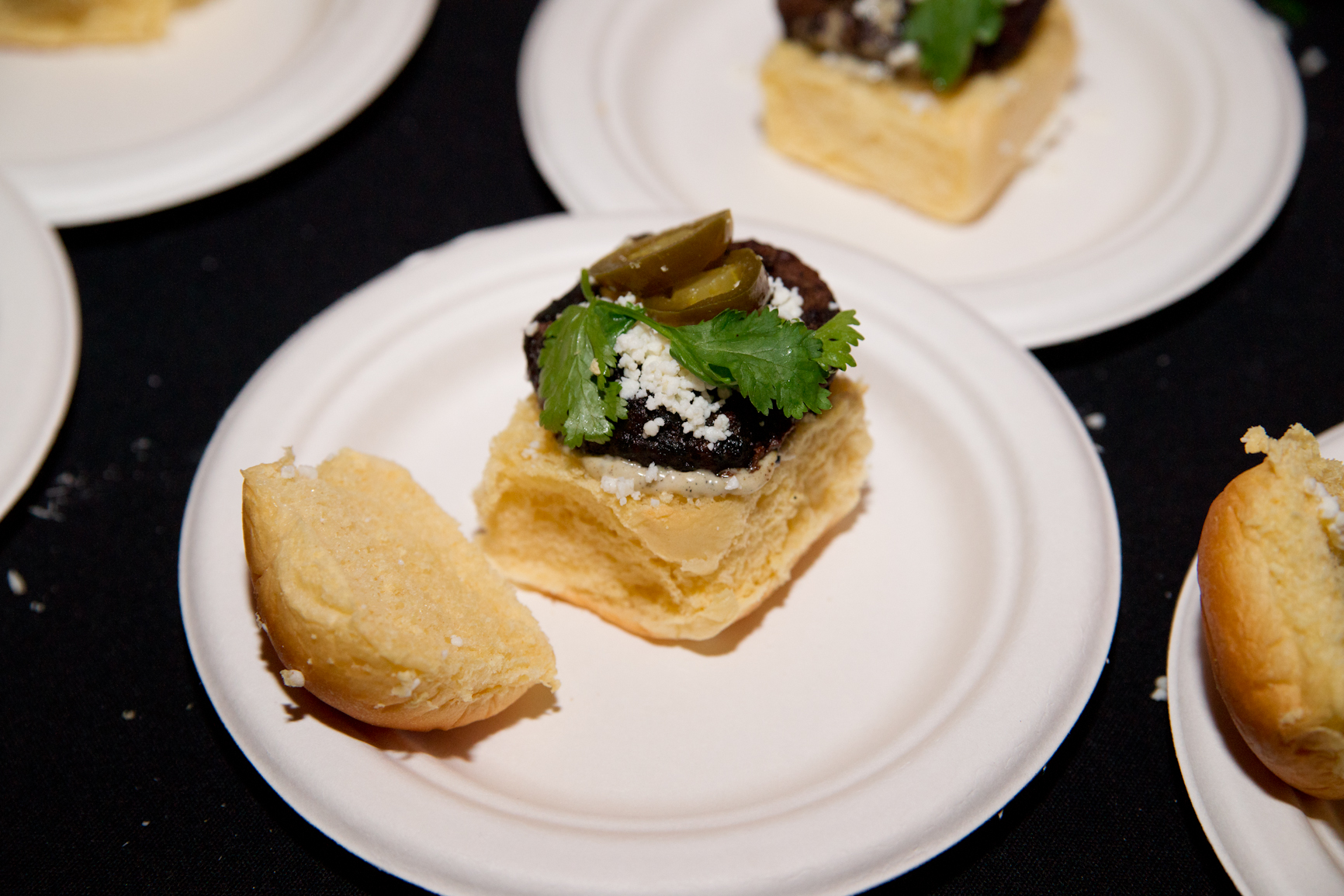 Another week, another event.

Scratch that. Another MASSIVE event.

I’m a little behind on this post, but I had to give a quick roundup (and shout out) to the 9th Annual Village Voice Choice Eats festival. I attended this event a few times over the past few years and have seen it grow in scale (and taste) IMMENSELY. The amount of restaurants/vendors was almost overwhelming, but there were a lot of GREAT restaurants (and booze HOORAY), including the much anticipated Detroit style pizza of Emmy Squared.

The space was massive (The Metropolitan Pavilion in Chelsea) and there were SO many great things to eat and drink, I can promise you that if you go next year, you will not be disappointed nor will you leave hungry. I eat more than most mountain lions and even I got full relatively quickly and couldn’t eat everything I wanted to. Two words for you: portion control. If there was one thing I would change, it would be that I could change two things:

1 – Have two lines to get in. I had a press pass, so I’ll be honest and say I didn’t have to wait in this. But let me tell you, if I did, as a patron, I would have probably left. I have no patience and the line was down the block and it was not moving fast. Add more workers to make this move faster next year, I beg of you.

2 – Do not have a first floor with 100 restaurants (I’m exaggerating but maybe I’m not – it was a lot) and then a second floor with 10 or so restaurants. Those restaurants up there were great and they didn’t get nearly as much love or foot traffic. They all looked a little bummed out. They still were friendly as hell and grateful for anyone who came up there, which was nice, so it felt a little more intimate, on the flipside.

Onto the food. Some of the pics were shared with me by my pal Jen, who runs a seriously delicious food account on IG that you should follow: @indulgenteats. Her photos are insane and she was at this event too, and because I was too busy eating and running around like a crazy person, I had to steal some of her photos. But don’t worry, we’re cool like that and she gave me permission. 🙂 I first experienced Emily a few months back, and I fell in love with their burger (The Emmy Burger). Now, I have fallen in love with Emmy Squared pizza. It’s “Detroit-style” pizza, aka a square pie, thicker than average but still thinner than a Sicilian, and topped with cheese and sauce. I love the sauce on top and the crispy edges were EVERYTHING. Opening in Williamsburg on 4/20 (last I heard), this place is highly anticipated as one of the best new restaurants of 2016. I haven’t been back to Queens Comfort in a while, but it’s in Astoria (my hometown!) and it’s amazing. This mac n cheese was not unlike my brunch experience there and I would have eaten three of these if I could. PS if you go for brunch, go early, there is sure to be a wait. Nice flavor on these Peri Peri wings from Streets in Williamsburg. Super friendly chef and staff as well. I’ve actually been to this place since I live in BK and it’s awesome. Great street food concept worth visiting. If you haven’t had the Nutella babka from Breads Bakery yet, I’m not sure what you’re doing with your life. It’s probably the best babka I’ve ever had. I’m not much of a sweet tooth but I promise you I can eat that entire thing in one sitting.