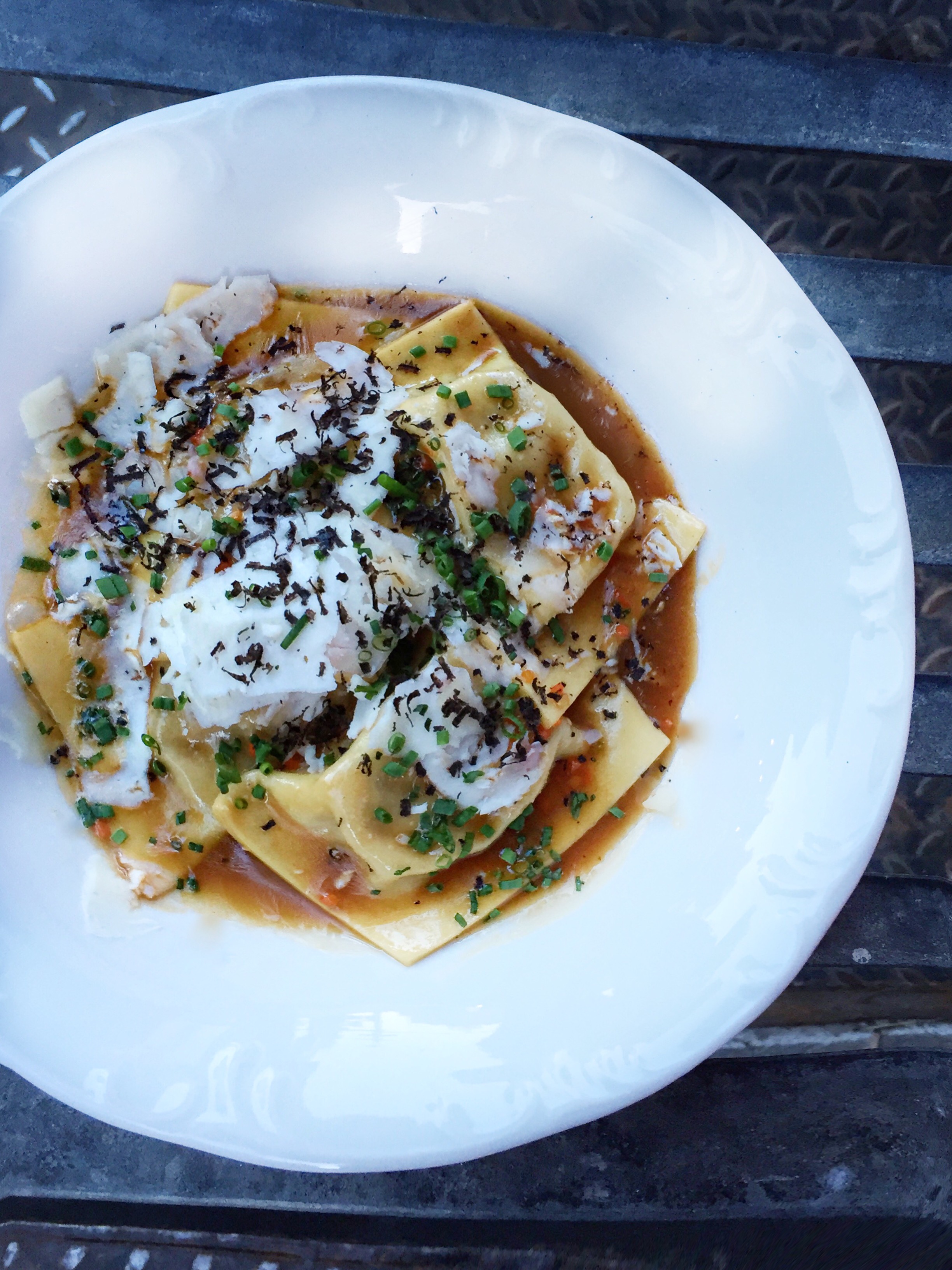 I don’t know about you, but I think summer is right around the corner. It’s one of those scary feelings I have when I realize that this is NYC and the weather is about as crazy and schizo as the people in it (raises hand), meaning it will probably go from 55 to 97 degrees in two days. I wouldn’t be surprised.

To that end, I have begun thinking about drinking. Sometimes outside, and sometimes inside. I went to preview ACME’s new happy hour recently, and it was awesome. Really nice mix of plates; some that were even a little unexpected. Probably the only time you’ll see me eat kale is when it’s drowned in a creamy Caesar dressing. The 6-minute egg was absolutely perfect, and there are bits of shaved brussels sprouts in there too, which I loved. If I’m being totally honest, this was one of my favorites of the entire menu. Great salty bites here. This was another surprise for me – it came to the table looking like my ex-boyfriends hair in high school (read: frosted tips), but the crispy artichokes were delicious and a great texture play from the smooth and lemony ricotta. I could have used some toast points for this, but maybe that’s because I’m a fat. Really applauding ACME’s use of eggs in this menu. Gotta love a good egg yolk. This dish came out and it reminded me a little of okonomiyaki – the Japanese pancake with “dancing” bonito flakes on top. In this case, the topping was celeriac chips. Very tasty and the shrimp were cooked perfectly. Imagine fish sticks, but made with savory pork instead. Then fried to a deep, deep, golden brown with a tonnato dipping sauce. In my experience, tonnato is a mayonnaise-based sauce that is flavored with tuna. So, again, imagine fish sticks with tartar sauce. This is like that, but for carnivorous beasts like myself. I’m not sure why I don’t order this more. Agnolotti, I mean. It’s like giant ravioli. Who doesn’t love giant ANYTHING when it comes to pasta?? These are stuffed with veal, salva cremasco (cheese), and truffle. Mmmm truffle. I don’t know exactly what broth this was bathing in, but it was wonderful.

OFF THE MENU ITEM: MEATBALLS SHHHH IT’S A BIG SECRET. Or maybe not, since I’m telling you about it right now and also on my Instagram to over 40,000 people…Chef Brian Loiacono offers up his Grandma’s (meat)balls, just for you, but ya gotta ask for them specifically. They have that meaty, slow-cooked flavor with real “Sunday gravy” aka red sauce. Not even marinara. This has too much flavor for marinara so I’m going to call it gravy, and I hate calling it that because I’m American and to me, gravy is for turkey.

I can’t wait to revisit ACME for some cocktails and pork.