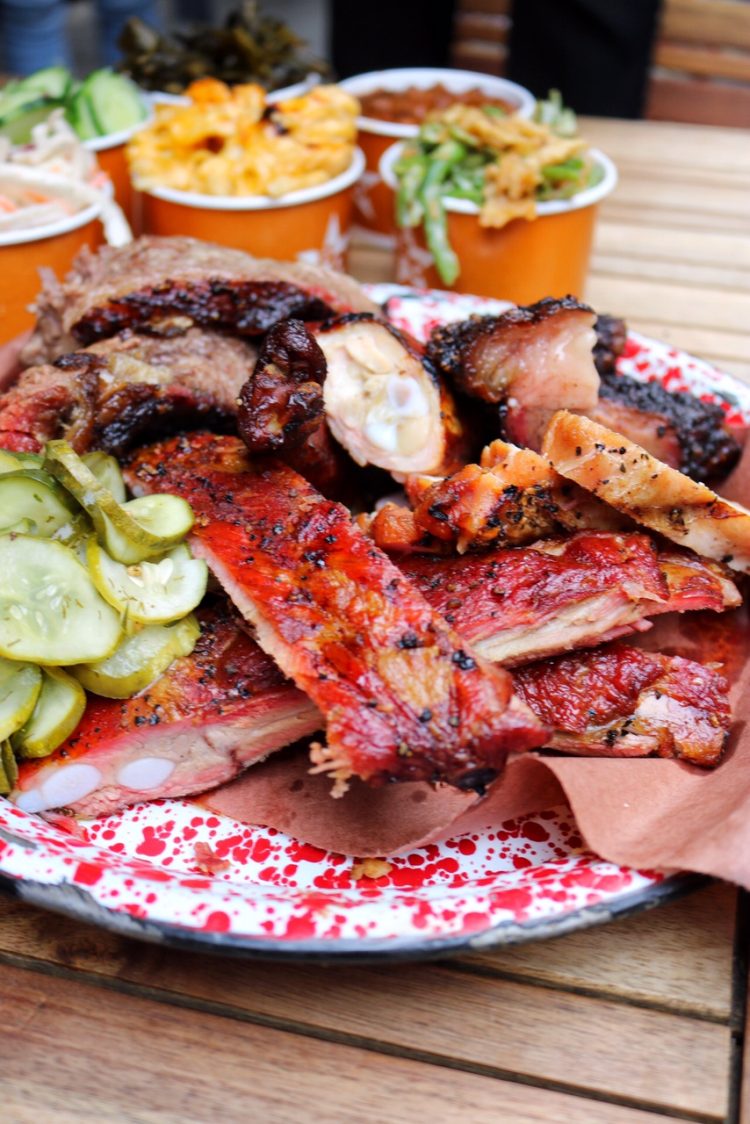 It seems like only yesterday I was walking around my college campus of NYC (I went to FIT…don’t ask) when I came across Hill Country BBQ. Years later I would work a block away from it (and indulge in MANY a hangover meal), and even more years later, I’m back again to celebrate it’s 10-year anniversary. Where does the time go?!

Located on 26th street between Broadway and 6th, Hill Country is home to some of the most delicious BBQ in this city, in my opinion. And I’ve eaten a lot of meat in my day. Just look at this rib. Dat sheen doe. So perfectly salty and fatty – people were walking by and rubbernecking like they had seen a car go up in flames. Alright to be fair, I suppose this isn’t a sight you see every day. But for me, it’s definitely the norm… And can we take a moment and talk about their nachos?? I was told they were legit, but I didn’t believe it til yesterday. HOLY CRAP. I mean…I thought it was hard to mess up nachos until I tried a superior version like this one. You must get these. You can get it with chili (pictured), brisket, or pulled pork. The chips are the thick kind that can hold a LOT of meat and cheese (aka the ONLY kind moving forward) and they do not get soggy. The chili was perfectly seasoned and the cheese sauce is amazing – it doesn’t coagulate and become yellow Elmer’s glue. Obsessed. Do you know what Frito Pie is? You should. It’s a bag of Fritos, which are quite possibly the most underrated chips on the PLANET, tore open and loaded up with chili, cheese, green and red onions, jalapeños, and scallions. So basically it’s nachos but with Fritos instead. What a time to be alive. We drank scotch, we laughed at people (the sidewalk is great for people watching), and we ate. All in the name of celebration. And Hill Country is celebrating too by hosting a 10-day BBQ bash kicking off on May 30th! Every day for 10 days, there will be special guest pitmasters and chefs at the restaurant including Rachael Ray, Al Roker, Pat LaFrieda, Katz’s Deli, Josh Capon, and more. Full list of guests and more info on the Hill Country BBQ website! Happy Anniversary, Hill Country BBQ. I will always hold you close to my heart.