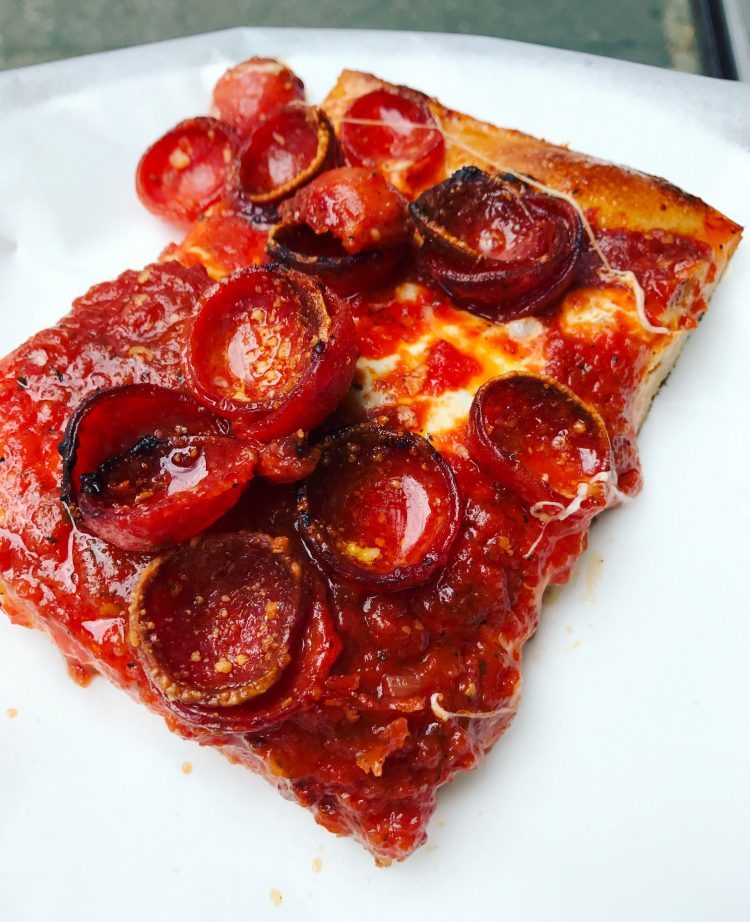 The greatest thing about living in New York is the pizza.

Ok, perhaps that’s a slight exaggeration, but it’s one of the biggest perks.

We have some of the best damn pizza in the world, and there are many schools of thought as to why this is. A lot of people say it’s our water; I’ve heard there are places around the country that even ship our water out every week so they can make dough. I guess the proof is in the…well, proof. Dough proofing. It’s a thing.

My point is this: even our mediocre pizza still beats “the best pizza in Bumblefuck, USA”. You feel me? So this wasn’t an easy thing to do. I can rattle off 20 places I like, but I tried to narrow it down to my absolute favorites. If you are visiting NYC or just moved here, these are the places you need to check out. If you have any suggestions or places you think I left out, comment below!

And here’s another pic of DiFara so you can actually see the pizza. The heavy hand with the parm…I don’t hate it.