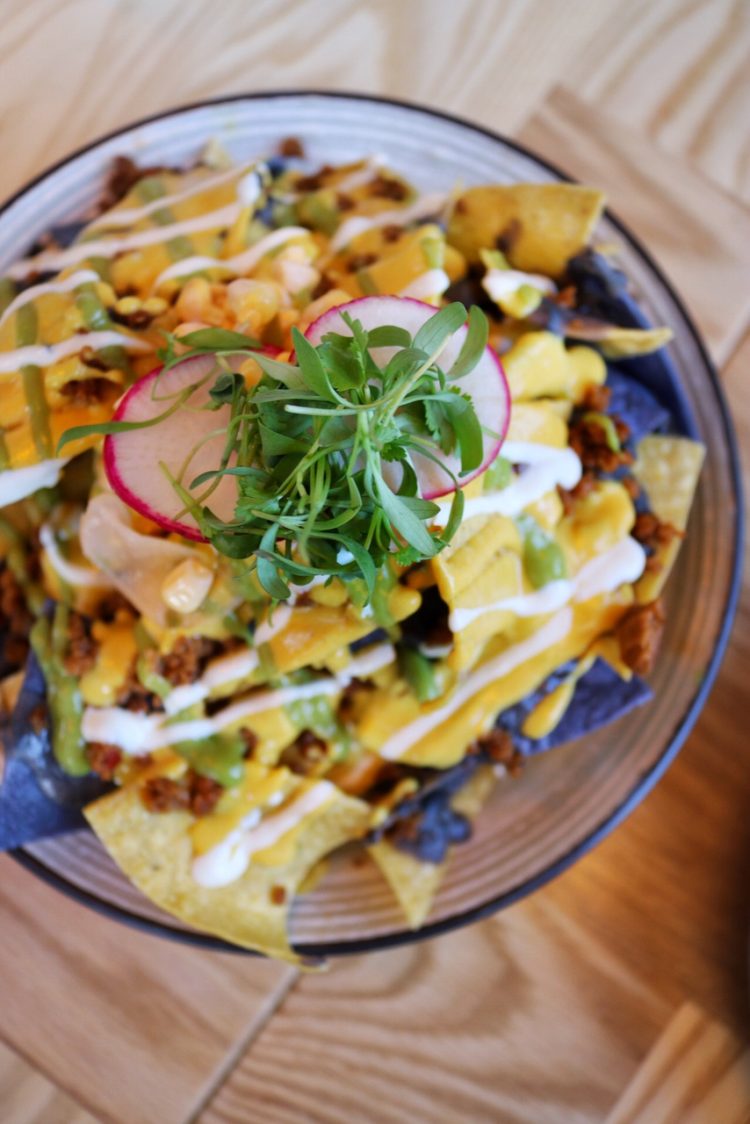 No, I’m not having a stroke.

Jajaja is actually the name of the restaurant. It is Mexican. It is also Vegan. And it is in Chinatown. The juxtaposition of all those factors plays into it as beautifully as the colors on every plate. Seriously. You know I am hardly one to run around shouting “this is vegan and it’s delicious” from the rooftops, but I REALLY dug this place. The space has an amazing history, with some original walls and floors from the 1920’s, and the food is damn good. It’s also literally right outside the F train stop at East Broadway, so you’d have to be real lazy to not at least try it. Read on for more and if you identify as vegan, vegetarian, or savage carnivore (that’s me), you’ll be happy here.