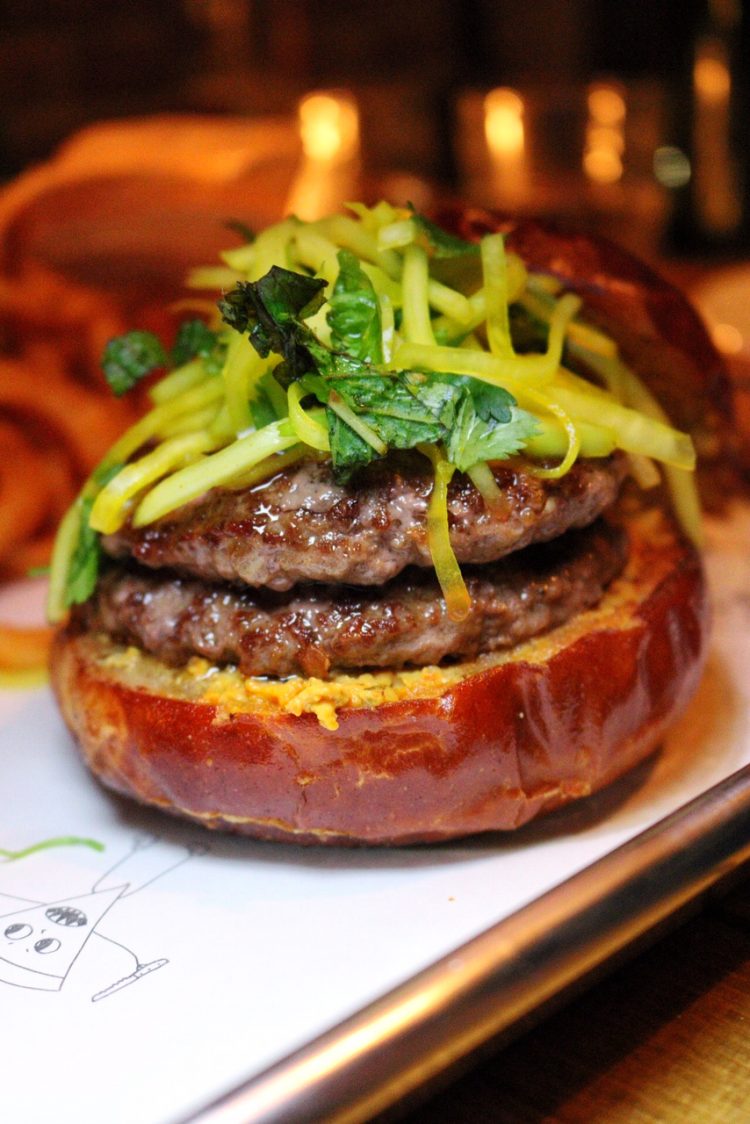 If you live in NYC (or have been for at least 2 years) and you don’t know about Emily or Emmy Squared, I’ll assume you’ve been living under a rock where there is no pizza and no wifi. That’s a scary life. Also I think we might be spoiled as a population but I digress.

Emily has been lauded as one of THE places to eat if you’re in New York, due largely in part to their delicious pizza and burgers. The original Emily is in Clinton Hill, Brooklyn, and the Detroit-style square pie version aka Emmy Squared is in Williamsburg, Brooklyn (where I reside…it’s a dangerous thing). The latest outpost of Emily soft-opened this weekend in the West Village at 35 Downing Street, and I was lucky enough to be part of the “Friends & Family” visit. They officially open on Wednesday for dinner service. The new Emily feels like a combination of the original Emily and Emmy Squared, aka they offer both round pies AND square pies in a bi-level space. The lower level has the dark wood vibes of Emily, while the upstairs is more bright and polished. We only got square pies on this visit, but there are some new snacks and drinks too, thanks to the full bar (hell yes liquor license!). No dessert just yet, but be patient, I’m sure it’s coming.

Here’s a shot of the menu from last night, and the rundown of what we ate. Upon further reflection, I wish we had tried some of the round pies, but I’ll be back for sure.