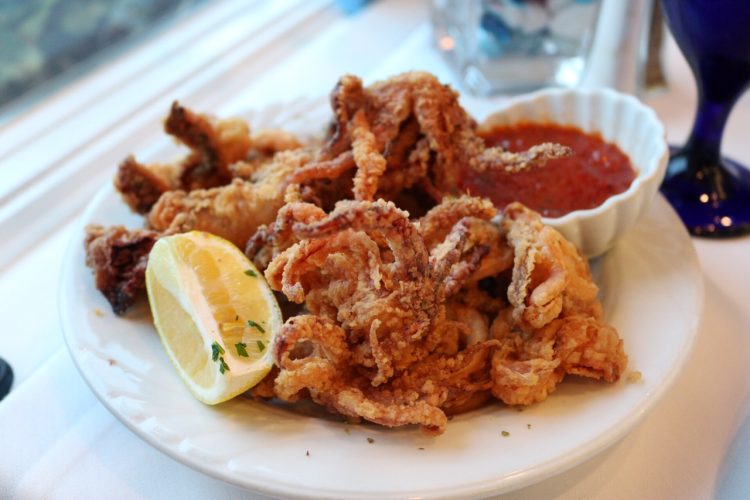 Before we get down to brass tacks on Greek Islands, it’s imperative that you know one thing:

It’s in Little Neck (Queens), and if you don’t have a car, it might be a bit of a pain to get to.

They don’t deliver. AHH. But don’t worry, I urged them to look into that immediately. If I moved back to Bayside, I would probably make people sign a petition or some shit to get that moving. The food was GREAT and I’m picky about my Greek food; I’m half Greek by way of Astoria, so…I think that qualifies me as an expert, right? But I digress. If you’re someone who likes to put on pants and go to an actual restaurant, it’s worth the effort! The space looks like it fell right out of Santorini and onto Northern Blvd, with it’s blue and white checkered table cloths and deep blue accents – it’s very inviting. And the service was lovely as well; friendly but not overbearing, and the owner draws out the specials board every day (complete with cartoon prawns, if you’re lucky). Onto the best part, aka the food. First off, they make this wonderful chickpea salad in olive oil as a starter with pita bread, given gratis to every table. So good. I think I would have ordered a bowl of those chickpeas to go if I could. Also, I didn’t get a picture of this since I was battling a severe case of food coma, but they had BAKLAVA ICE CREAM. What?! It was SO good – if you like baklava and cinnamon, I recommend a scoop of that.

Oh and you always finish your meal with Greek coffee or a frappe.