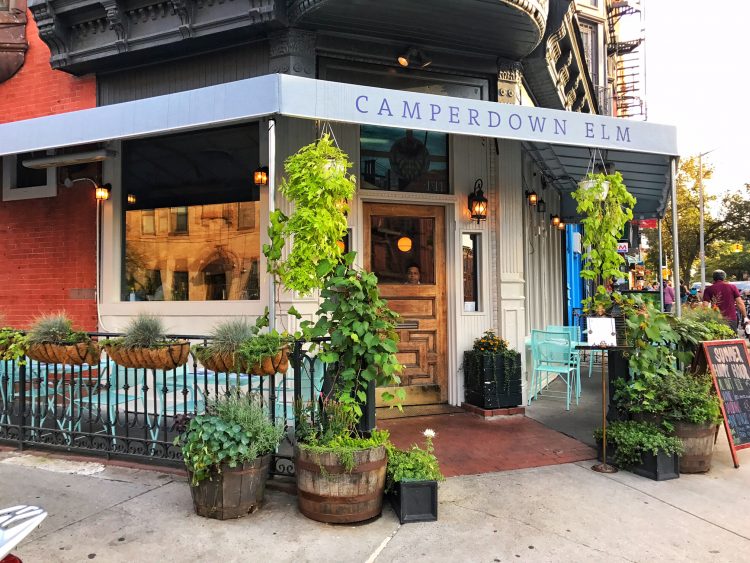 That said, one of my besties lives over in Park Slope, so I took the opportunity to visit her and Camperdown Elm at the same time. Two birds, one stone.

Situated on a quaint corner with wrought iron fencing, aqua blue tables and lots of greenery outside, Camperdown Elm looks incredibly inviting. As you push the heavy wooden door to head inside, you’re greeted by a large bar and exposed brick wall. So Brooklyn. Take a seat and peruse the menu. Don’t feel foolish if you don’t know exactly what you’re getting; it’s one of those menus, i.e. I know it would be delicious, but my mom would be very confused. And it really was delicious. The chef came from a few places, one of them being Agern, the Michelin-starred restaurant inside Grand Central, and clearly puts a lot of TLC into his menu. Everything was meticulously prepared, down to the last avocado puree dollop and fennel frond placement. Highly recommend for a date or quiet dinner with a friend. And don’t sleep on the martinis either…