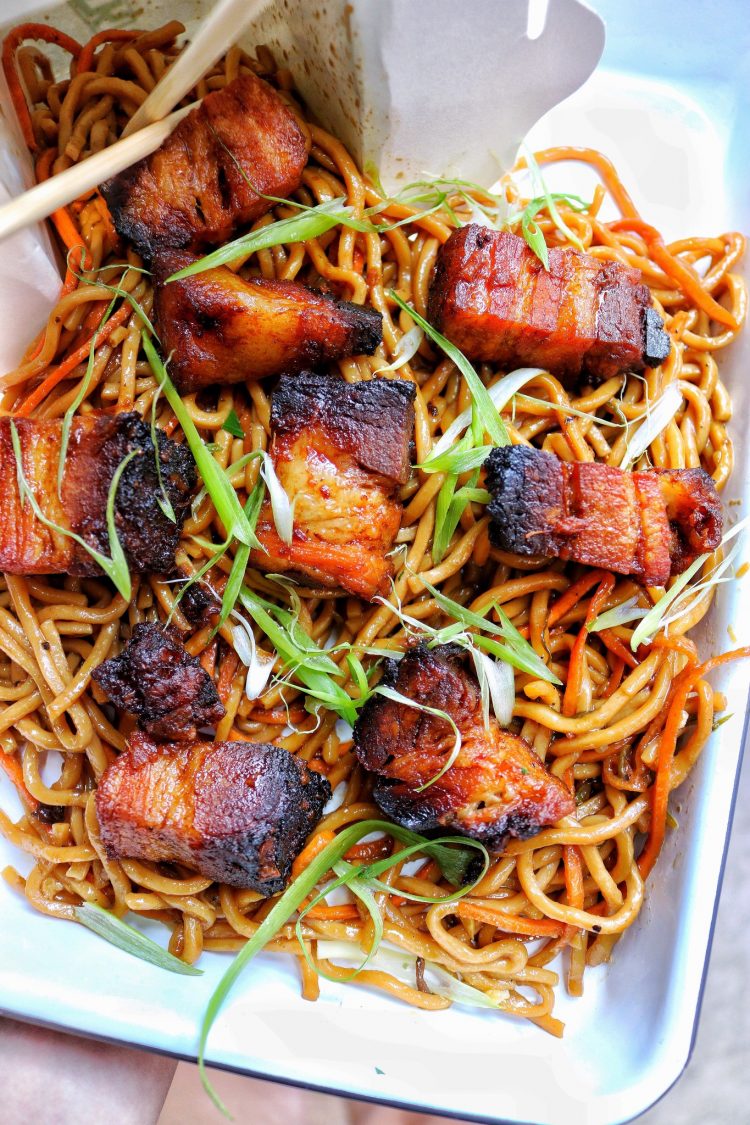 You know those times when you’re drunk, and you don’t know what you want to eat? But you know you want to eat EVERYTHING? Well, Clancey has officially climbed into my brain, picked out those things, and put them on their menu. Literally they have “Something Wrapped in Bacon on a Toothpick” as one of their starters. That’s EXACTLY how I would describe one of the things I like to eat.

One of the owners said something to the effect of, “we just thought of all the things we like to eat. That’s the concept”. Brilliant. No “fusion”, no “modern twists”, and most importantly, no “elevated cuisine”. Nothing angers me more than the overuse of the word “elevated” in food writing these days. The space inside is half restaurant half bar. Picture that graffiti-covered bar you like on the LES. That’s the vibe. Kinda dark, pretty casual, and a lot of fun. Stay after dinner for a drink or two – the cocktails aren’t to be missed either.

Something Wrapped in Bacon on a Toothpick (potatoes) Chicken Under a Brick