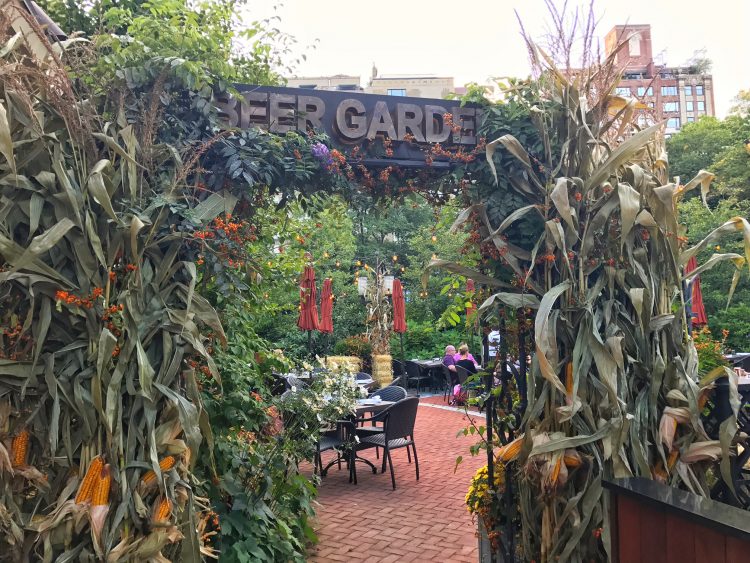 It may not be October just yet, but Oktoberfest is celebrated in mid-September through the first weekend in October. Why? Because that’s how it is. Ask Munich. I’m not sure I understand either. But evidently it’s due to better weather in September.

The celebration kicked off on September 16th in Germany, but I was at Tavern on the Green in NYC to test out the new Oktoberfest menu in their beer garden. Adorned with lots of twinkling bulb string lights, corn and gourds of all shapes and sizes, the beer garden evolved into Tavern on the Grun. And the food? Well, no complaints here. Start off your meal with a pitcher of custom-brewed “Tavern Oktoberfest” from Empire Brewing, and pair with a jumbo soft pretzel. Nothing I love more than a giant carb with grainy mustard and homemade cheese sauce. That one went quickly. Then follow it up with the assorted sausage plate from none other than Pig Beach, and German potato salad with plenty of bacon. I had to get the chicken schnitzel too, because who doesn’t love a good schnitz?! This was my kind of meal. Before the weather outside turns frightful, stop in to Tavern on the Green and raise a big glass to Oktoberfest, running through 10/15. Lederhosen, optional.