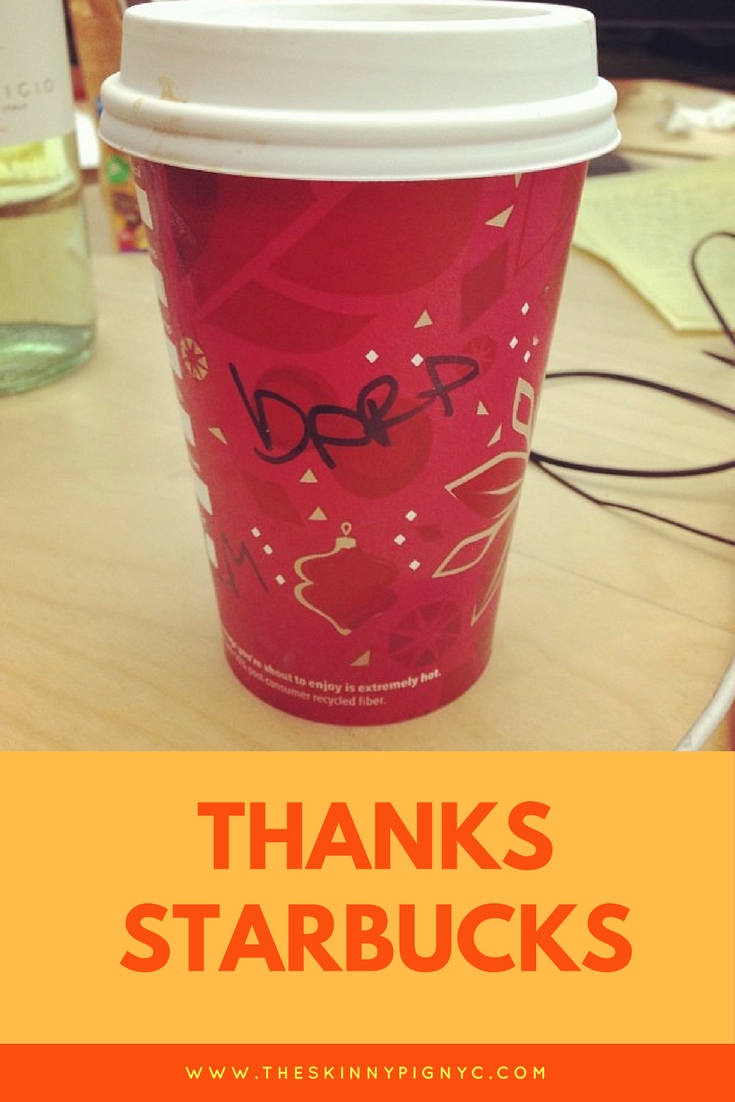 And you know what that means…

Do you see where I’m going with this? It’s just…everywhere. IN everything. And I know it’s been around for a while, so you’d think I’d be used to it, but the truth is, I am not.

Every year, I kind of hope that the Pumpkin Spice Warlords will be defeated, aka everyone will wake up, put on their reality pants and say “hey, this tastes kind of like shit. Artificial shit mixed with Splenda and a few shavings of nutmeg.”

BUT NO ONE DOES. In fact, every year it just gets worse. That said, I felt compelled to really dive into this thing and see what it’s all about. I also felt compelled to make a slideshow of my old Starbucks cups – they butcher the shit out of my name in that joint. It was a real page turner on my FB, I promise. I’d also like to point out that I got one of my nicknames, Dave, from an old Starbucks cup. My friend Rudy just latched right on to that one and I will actually answer to “Dave” now. Or “David” in more formal settings. 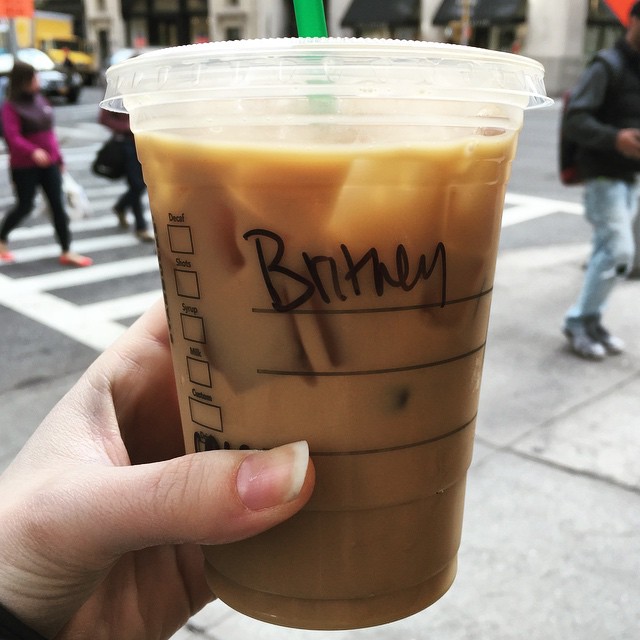 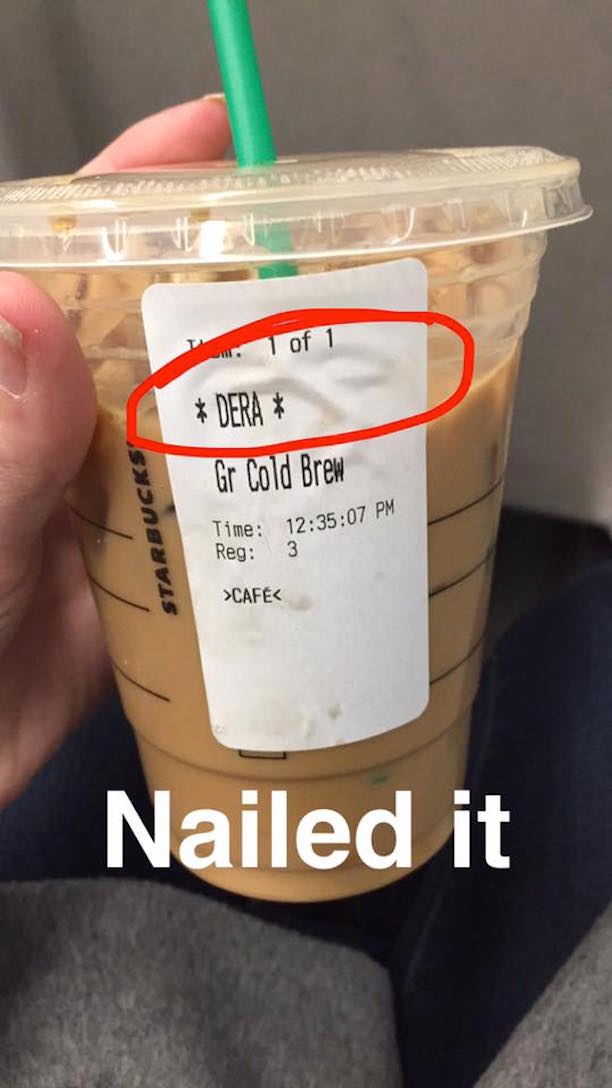 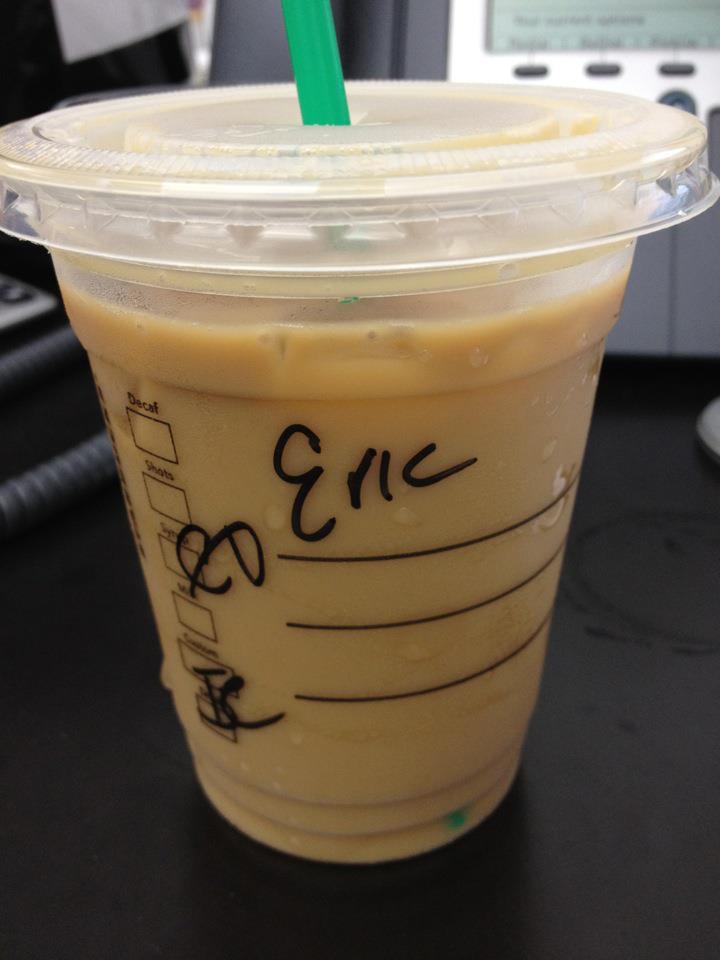 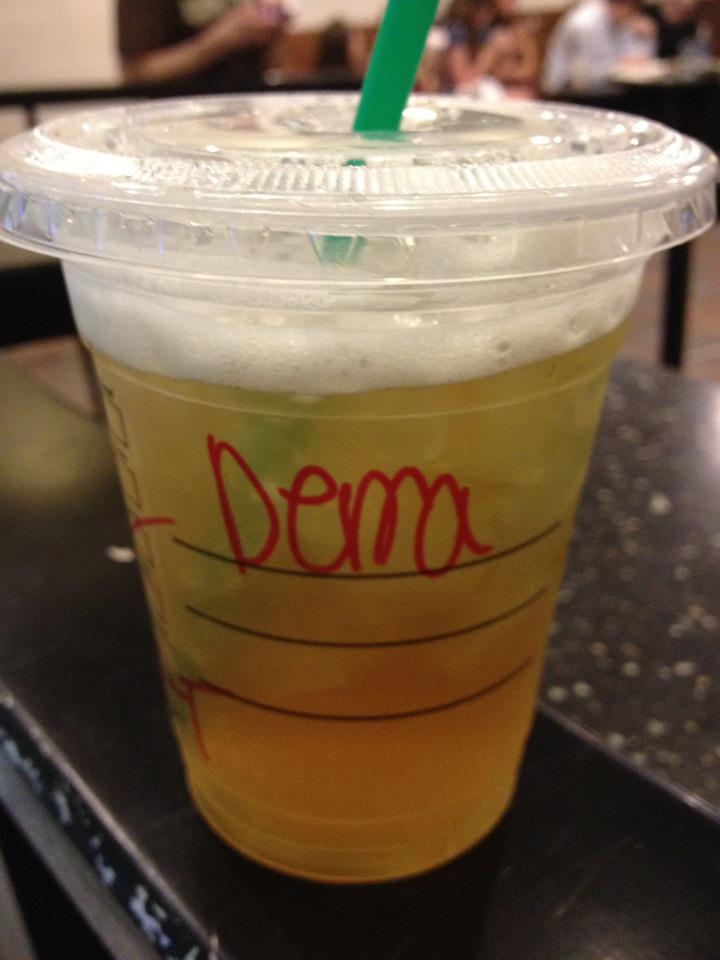 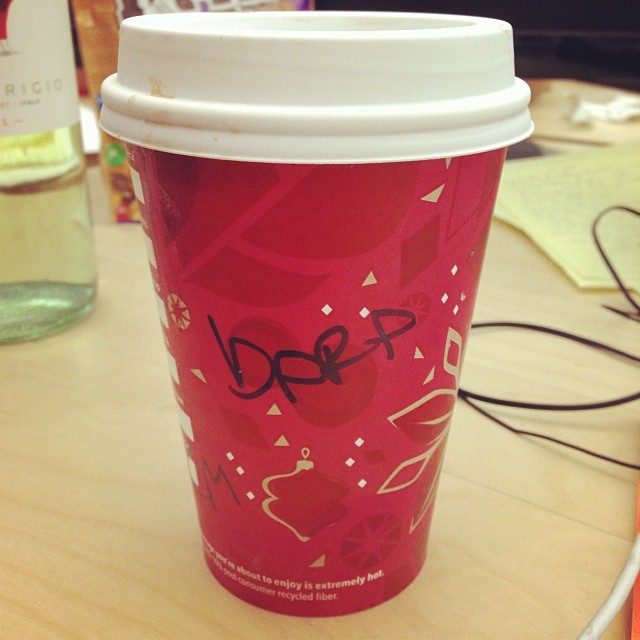 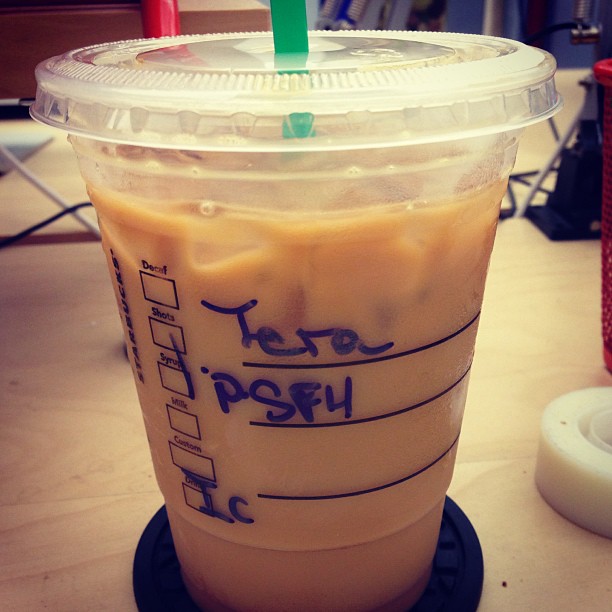 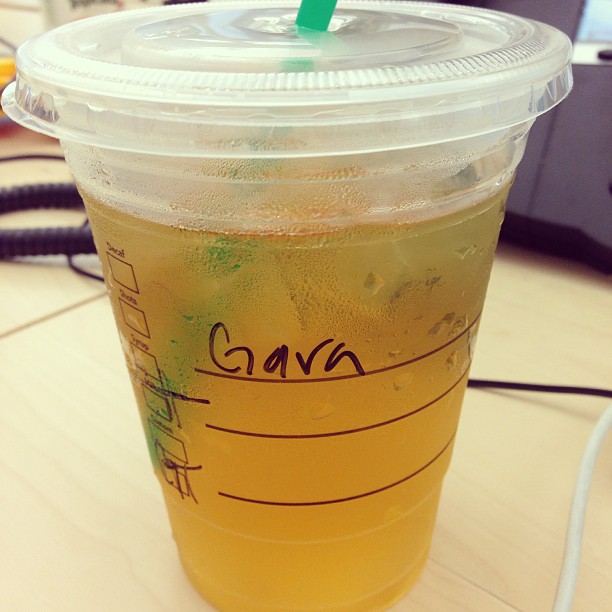 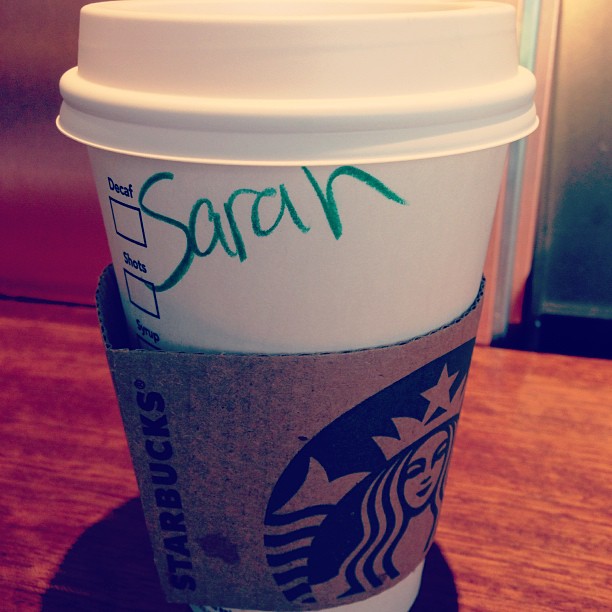 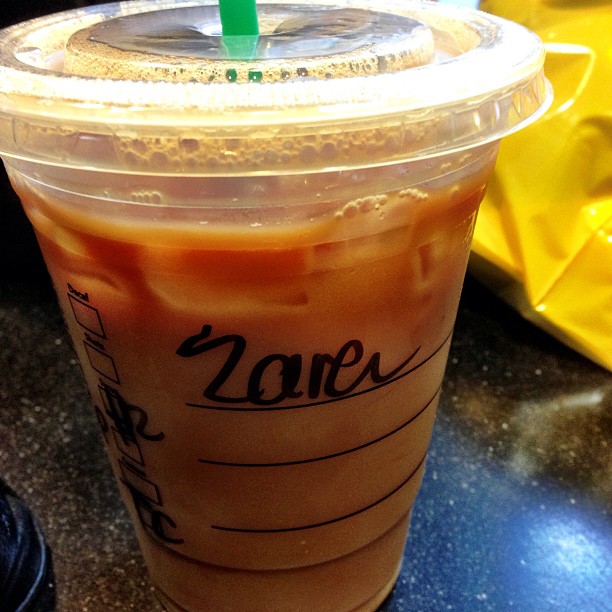 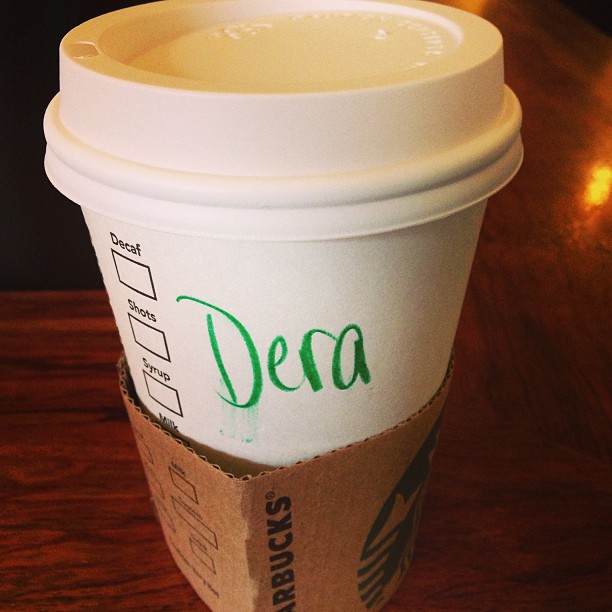 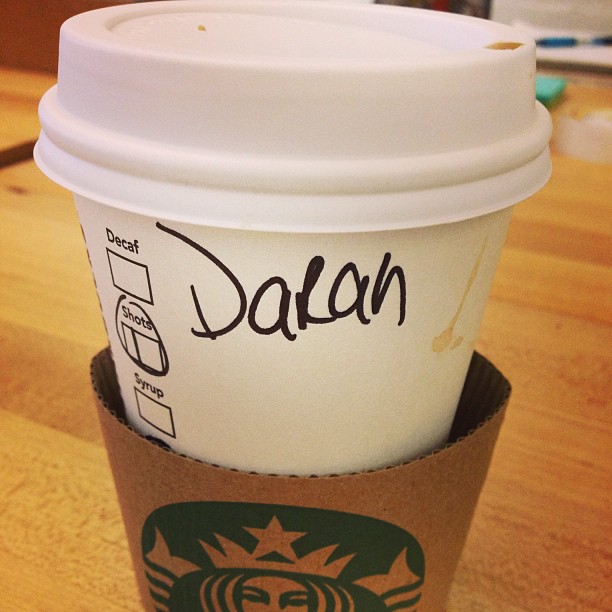 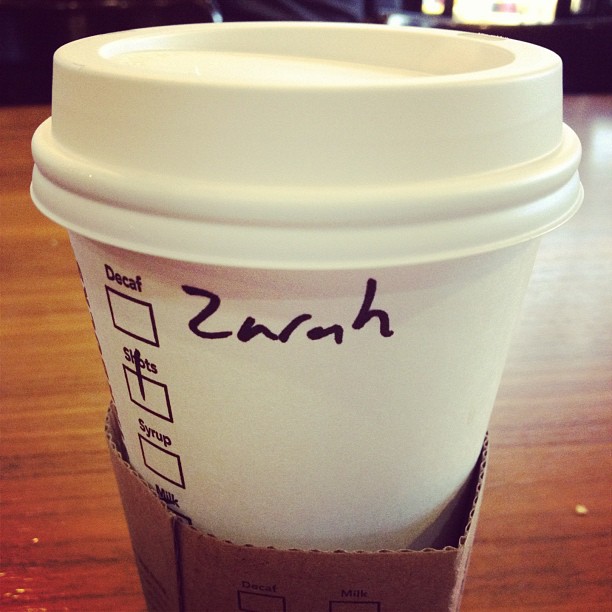 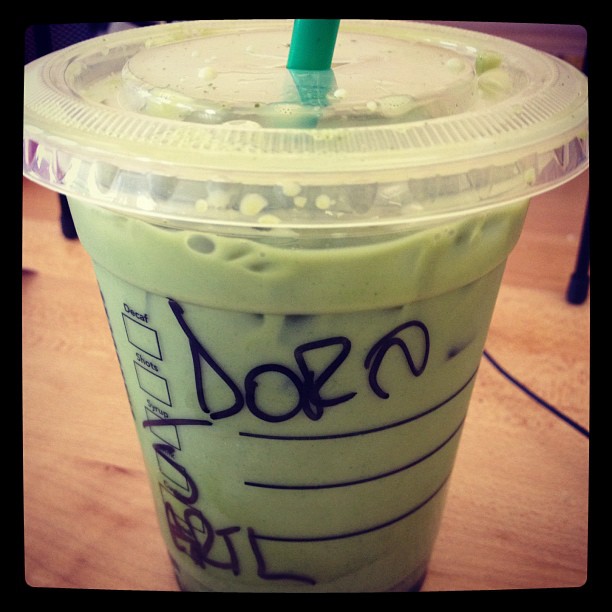 But I digress. I think it’s important to note that “pumpkin spice” is different than “pumpkin pie spice”. This is getting super nerdy over spices, I know, but it’s true. Both Pumpkin Spice and Pumpkin Pie Spice have virtually zero traces of pumpkin, thus creating a bit of outrage on the internet when people started asking “where is the damn pumpkin?!” The former, at least in terms of Starbucks, is a combo of sugar, food coloring, condensed milk, and high fructose corn syrup. The latter is actually a delicious spice used for baking. I use it in Pumpkin Pie (duh), pumpkin spice overnight oats (really good actually), and even sweet potato pie. It’s mostly cinnamon (the OG smell of Fall), ginger, cloves, nutmeg, and allspice. Thanks Buzzfeed for providing us with something useful for a change, like this infographic on Pumpkin Pie Spice.

Now, back to the PS stuff. I read this interesting article on Forbes about why the PSL is so crucial to Starbucks’ sales. Forbes also reported that “pumpkin spice” was a $500 million industry in 2015, and according to Nielsen, Americans spent $360 million on pumpkin spice flavored foods in 2015.

It’s crazy when you think about it. I have no idea who was in charge of marketing this damn thing, but they knocked it out of the fucking park. Starbucks had a LIVE STREAM of the “unhatching” of the PSL a few days ago, and some Starbucks baristas actually created a reddit support group to commiserate over the PSL insanity.

What is this world we live in? Honestly, I’ve had a PSL with an extra shot of espresso or two and it’s actually tolerable that way. It’s just SO damn sweet. Not for me. But for those with a sweet tooth, I can see them getting all tight in the pants over it.

So, as much as I want to go on hating the Pumpkin Spice Warlords, it’s clearly not going anywhere. And complaining about it has become about as basic as drinking it. Though it’s not the first basic thing I’ve done and I’m sure it won’t be the last. I guess you have to give the PSLW’s a round of applause for making this inedible swill one of the most profitable AND definable things about Fall. Carry on, PSL. More power to you.

Oh, and it has it’s own Twitter handle. You cannot make this shit up.