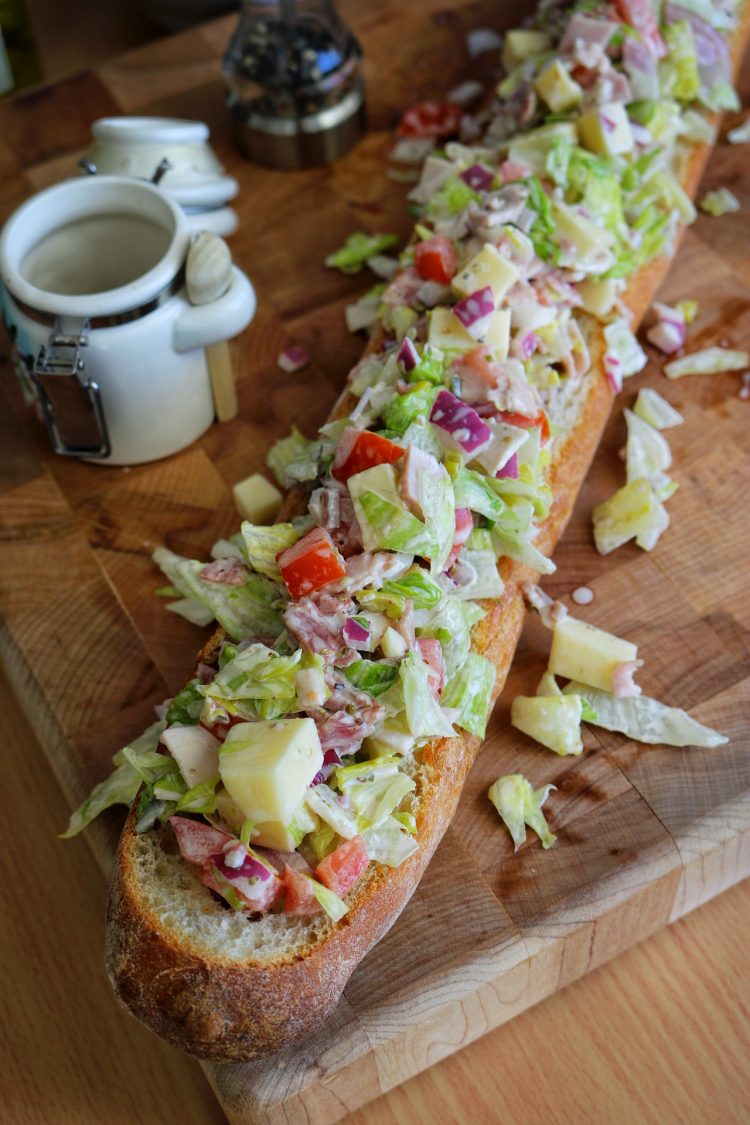 Alright, so I stole this recipe (and modified it slightly) from my friend and hilarious mom blogger, Katey, aka The Mother Octopus. Turns out she also stole it and modified slightly from Mary-Alice over at Food Network. So the moral of the story is: we’re all a bunch of thieves.

Evidently Jreck Subs is an upstate NY/central Jersey thing, so I am unfamiliar. But I’ve heard this dip is kind of like eating an Italian/American Combo sandwich in one big spoonful. The dressing is delicious and gets mixed in with the veggies and meat, then served with bread for dipping. The original recipe actually makes it in a bread bowl, so I decided to meet halfway on this and hollow out a baguette. FYI – Italian bread is the way to go, because it’s bigger and has more room for the filling/dip, but of course my supermarket didn’t have Italian bread that day. So I have a lot of Jreck dip leftover and I am not upset about it. It tastes even better the next day. Now, you might be thinking “I can just make an Italian/American hero instead of chopping all of that up”. Well guess what? IT IS NOT THE SAME. This makes it taste different and wonderful. AND it’s actually easier to eat than a standard sub because you can get your mouth around it and the meat won’t slide out the back of the bread when you take a bite. You know what I’m talking about.

I’m literally eating some with eggs right now for breakfast. You think this is a game?!