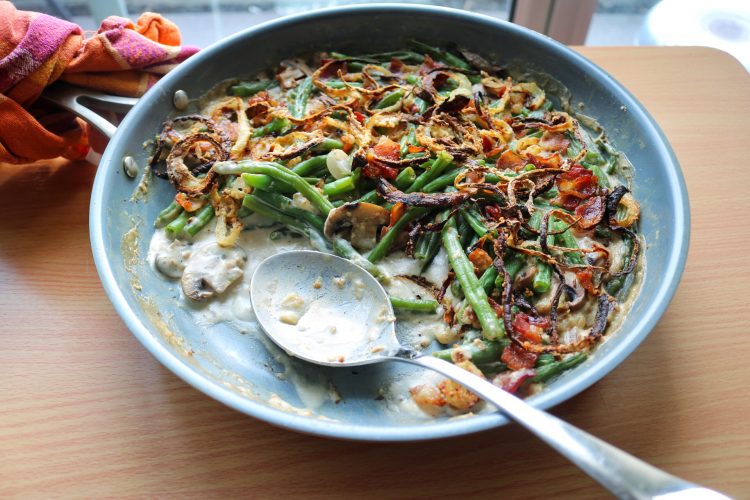 Here’s one thing you should know about this recipe – I used the microwaveable green beans in a bag instead of the raw/fresh ones. Blanching them and then transferring to ice water is just a pain. So I bought these and cooked them for half the time in the microwave. Sue me. The texture and all that was still the same as the original Campbell’s version, and I never used canned green beans for that either. Gross. But I promise you this one was just perfect. Leave a Reply to Allison Cancel