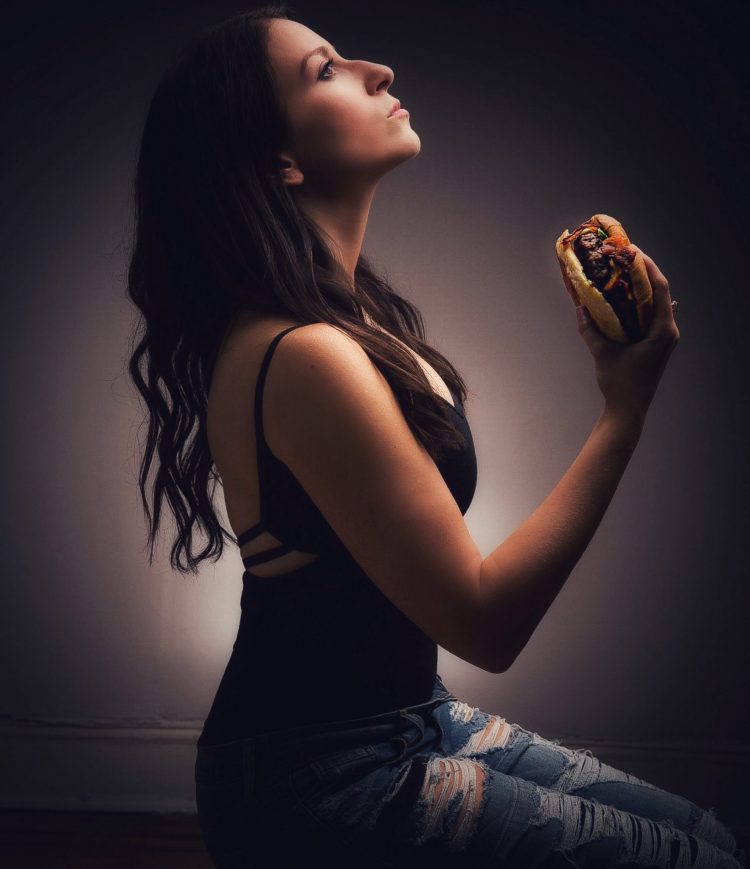 Here we are, a few days into 2018, and already there’s a bunch of dumb shit happening on the internet. For example, this thing about Logan Paul and his awful decision to post a YouTube video where he stumbled upon a dead body in Japan’s Aokigahara Forest aka “Suicide Forest”. The vid’s not up anymore, thankfully, so for all you curious cats out there, you’ll have to deal. Also, maybe we start calling that forest by it’s other nickname instead: The Sea of Trees.

Before I get started, I’d like to acknowledge that I’m a food writer. See above photo. That’s me telling you that I know this information. This is my preemptive strike against internet trolls who comment and tell me to “stick to bacon” or something ingenious like that. I don’t usually touch on things outside of food, but occasionally I remember that I’m a human and have feelings/opinions on other things too. Funny how that works, isn’t it? Plus there’s the whole “freedom of speech” thing. That said, I’m not here to hate on Logan Paul. The guy fucked up and the internet let him have it. Hopefully he learned his lesson.

My message here is for the people telling him to “rot in hell”. I’m not sure why you think this is helpful. He isn’t going to rot in hell. He’s going to get his 15 minutes of fame from this. That’s the sad reality of the world we live in – the guy is deemed a social (media) pariah, and we make the conversation about him, as opposed to the cause. Isn’t that the real issue here? I’m not saying he didn’t deserve to be called out, but…Jesus Christ. Enough. We’ve all done and said terrible things we regret at one point or another.

Hate fuels more hate. Emotion fuels social media. And social media fuels conversations. Sure, that conversation can turn to anger at any point, but in the case of this specific situation, you might want to channel that anger into action. Otherwise, it becomes a cataclysmic domino effect of hate instead of help. Stop reaming the guy and focus on the problem at hand, if you’re so concerned about it.

Look, I struggled with depression for a long time, many years ago. So did my brother. It runs in our family, and honestly sometimes it’s hard to not relapse when shit gets bad, so this hit pretty close to home for me. Back then, I slept until 5 pm every day. I was awake only for short bursts of time and I didn’t leave the house much. I just thought about dying and how that felt easier than finding answers. It’s a very scary place for your mind to go, and the people who love you will not be able to help you unless YOU TELL THEM. Sure, they might notice a difference in you, but if you’re someone who has to get up and go to work every day (and is more functional than I was), they may not realize the extent to which you are hurting. So please don’t put it on them to be mind readers, and don’t let it eat you up inside either. Talk to your doctor. Talk to your family or friends. Join a support group. I know it’s a lot easier said than done to just pick your head up and keep going, but I promise that suicide is NOT the answer. There ARE options. Bonus: you can end up a jolly old weirdo like me. Just kidding…I’m not really jolly.

Everyone is breaking their thumbs on Twitter with gems like: “fuck you Logan Paul!” “Rot in hell!” and “Suicide isn’t a joke you piece of trash!”

No shit it’s not a joke. But how exactly are YOU helping to raise awareness of the severity of it by cursing out some dude who made a poor judgment call about a fucking YouTube video?? You’re not a hero because you can throw around a few insults on Twitter and Facebook. Hate to break it to you.

If you want to make an impact, try taking action. Maybe use the opportunity or the “trending hashtag” to tell a story of your own, like I just did. Start a new, better conversation. Donate to #BeThe1To or the Suicide Prevention Lifeline and then share THAT on Twitter. We have so many people with so many opinions, yet most of these people just want to prove how skilled they are at spitting venom. Congratulations. You are now prepared for battle amongst a small group of 8th graders with the same acerbic wit.

Do something better with your time. I donated here. And if you sense a friend or loved one is going through a hard time, pick up the phone and call them. Text them. Email them. Any form of communication to show you care is sometimes all it takes to save a life.