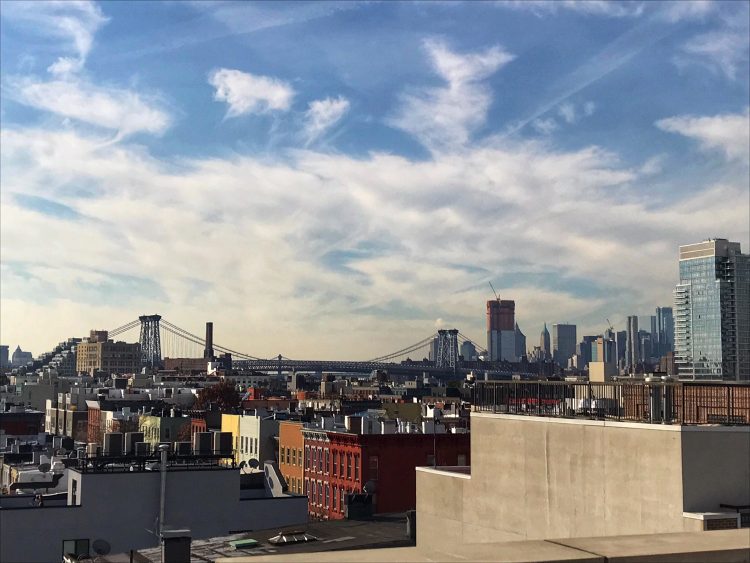 I’d like to preface this post by saying that I now understand why people hate moving so much. It is an absolute bitch.

It is an even bigger bitch if you are a homeowner and renting it out.

Yes, you heard right. I own a condo in Williamsburg (Brooklyn, not Colonial), so I’m technically a landlord now and I had to make sure everything was in tip top shape for my new tenants. I fixed a problem with my shower that cost me over $1k, I detailed every inch of the kitchen and bathroom, and polished the floors. All by myself! My body is crying but I think it was worth it. That said, the actual moving process was beyond easy for me. I barely lifted a finger thanks to FlatRate Moving. They were so nice, so careful, and SO FAST. I’m not kidding when I say they had my entire apt (furniture included) boxed up and/or wrapped up and ready to go in just a couple hours. And my place is BIG. I was shocked. It took me 2 days to pack some books and DVDs. Yes, I still own DVD’s.

But I digress. I actually wrote this post in partnership with FlatRate, because I haven’t moved in almost a decade, and I really needed a company I could trust. They made me feel very at ease with the process and didn’t damage a THING. They put guards on the doorframe and carefully wrapped all of my belongings, even my ugliest, dirtiest pair of boots that I’ve had for maybe 10 years. I highly recommend them and would definitely use them again for my next move…in a few months. So, about that. The thing most people are asking is, where I moved to and why, especially if I own such a fab place in PRIME Williamsburg for all these years. Well. Let me walk you through this. Get excited.

In short, I moved back to Queens, just temporarily for a few months before I move back into Manhattan. I love Brooklyn, don’t get me wrong, but I do most of my work in the city, so this is just about ease of commute and honestly missing Manhattan a little. I moved out on my own at 22 and went to Manhattan for almost 3 years, then bought my place in BK when I was 25. Not an easy feat either at that age. Could I have gone back into Manhattan right away? Sure. But…I don’t want to. Here’s why. As told partially in GIFs.

I did a bold thing by giving up a stable and financially sound career in digital ad sales to chase my dreams and make it happen. Especially in NYC. Some people don’t realize how hard that is to do. And if I’m being honest, I don’t think I did either. These last two years have been really hard for me, especially financially, but I’m proud of myself for doing it and getting to this point.

Now, the funny thing is…I don’t know that it’s my dream anymore. When I set out to throw everything into The Skinny Pig, I didn’t really have a finite plan or direction (for future entrepreneurs, I don’t recommend this business model). So at this point, I’ve actually done almost everything I’ve wanted to with it, and I don’t really know what the next step is. Plus, if I’m being honest, I don’t love where the “influencer” industry is going. At all. But I’ll save that for another post.

So until I figure all this out, I felt that mentally and financially, taking this little step back, collecting my thoughts (and rent) while also saving money, will help me focus on what’s important to me NOW. At least that’s the hope. I have ADD I can’t focus that much to begin with.

There were a few personal reasons for the move too. After a tough breakup last Fall, I’ll admit that I was all of a sudden very acutely aware of how big my place felt with just me in it. It’s a massive apt for one person (and one very anxious cat), and I realized I’m done with the hosting parties phase of my life. I’m just ready for the next chapter, whatever that is. It got to a point where I felt trapped…in an 850 sq ft apartment. Not normal.

Then another thing dawned on me…I don’t have a very big family and my Mom is one of the closest people to me that is always, always there for me. And she won’t be here forever. She has this big house for just her, and she renovated the basement to make it a fully functioning apartment (AND IT’S SO CUTE). So…why not, for a few months? I’ve been independent and making my own money since I was 15, and I never asked for help until now. I’m lucky to even have this as an option.

Speaking of Mom, the other reason FlatRate gets a gold star in my book? She loved them. They were “amazing” according to her, and my mom does NOT do well with chaos, people moving things around in her house, etc. I was stunned she was so calm when I showed up. Kudos to FlatRate for being crazy mom-friendly.

I’ve had a great time in my place in Williamsburg and I’m definitely going to miss it, which is why I chose to rent it out for a bit as opposed to selling. FUN FACT THOUGH: initially I put it up for sale and Vanessa Hudgens actually came to see it during the open house! So I can say Vanessa Hudgens was in my bedroom and mean it. Great times.

I’m pretty excited for this next phase of my life and career…and even though I’m not excited to have to move all over again in a few months, I know that FlatRate will be there to make the transition easy so I have more time to take important photos like this one: THANK YOU FlatRate! Couldn’t have done it without you. And stay tuned for the future of TSP – I want to know what you want to see! So let’s hear it.

This post was written in partnership with FlatRate Moving. All opinions (and bad jokes) are my own.