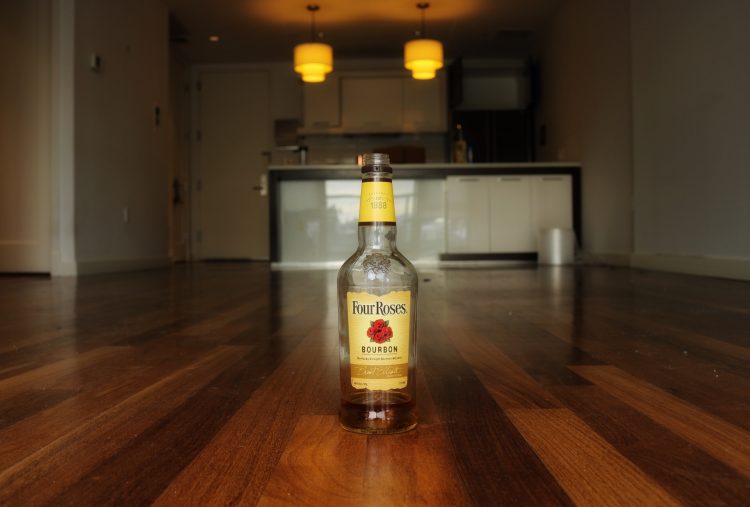 I know I moved like, a month ago, but this is the beauty of working for myself: no one cares.

Confused yet? Cool me too.

Anyway, I thought I’d take you into the lighter side of the move, but not literally lighter, because I’m talking about food. The food I will miss the most. This will also be told mainly in GIFs, because I think I unearthed a new talent for GIF usage. I mean…when God closes a door, he opens a window.

First off, I’d like to start by saying that the reactions to this move were beyond anything I could have ever hoped for. It looked something like this:

I’m not completely exaggerating either, which is the best part. Then watching everyone backpedal was even better.

Trust me, I wish it was something more glamorous but I’m trying to steer away from the “glam” part of being an influencer. I’m not even sure there is a glam part, hence the quotes, but I think if you’re good at being a content creator you make it look easy and glam. So…great work, me.

Anyway…the one massive perk of being a food blogger/influencer is the abundance of free food and drink. Yea I said it. Fashion bloggers get $200 pairs of shoes on the reg for free. I get $15 sandwiches for free. I don’t feel bad about this.

That said, when I was thinking about it, I realized I still spent money on the places I love. Below is a solid roundup of the restaurants in Williamsburg that have been taking my discretionary income for nearly a decade. And I will miss them dearly.

Allswell was one of the first restaurants I tried, on my block on north 10th, and it’s still one of my favorites. Antica Pesa was another one of the first spots I visited, and they still make my favorite Cacio e Pepe pasta. It’s so damn good. Carbs. Cheese. Pasta. Heaven.

St. Anselm is one of my go-to recommendations. While I still have trouble pronouncing it, I have no trouble eating it. They’re like a small, hipster steakhouse. Aka it’s cooler than everyone you know and it’s better than everyone you know. And yes, I will actually go on record and say that I prefer it to Luger’s any day. Sorry. Though, Peter Luger’s burger that they serve for lunch is out of this world and their bacon is incredible too.

Anthony & Son Panini Shoppe is my ultimate Seamless/hangover spot. The FDNY with bacon is my favorite: chicken cutlet, mozz, vodka sauce on garlic bread. There’s also Bakers Dozen, with their “Healthy Man” wrap, which is probably not that healthy but it’s egg whites, turkey bacon and Gouda cheese. I ordered that probably once per week. Man, I will miss these guys being just a few short blocks away.

Joe’s Pizza is actually a Manhattan thing, some may even call it “an institution”; often imitated but never duplicated, they expanded to Bedford Avenue a few years ago. My favorite Joe’s pizza story is from one night when I was coming home (very inebriated) after a Mets playoff game, and Seamless’d Joe’s pizza FROM THE CAB so it would be there by the time I got home (savage move). I took the box upstairs, put it on my lap, then proceeded to eat 5 slices.

Vinnie’s Pizzeria is a close second to Joe’s. They have seen me at my worst and at my best, and they have been there for me since day one in 2010. The little “T.Hanks” on the garbage can (with a pic of Tom Hanks) is probably what drew me in…but the Chicken Bacon Ranch pie is what made me come back. They also make a damn good pepperoni slice. They weren’t on Seamless up until fairly recently, so that was one of the reasons Joe’s got my money, not gonna lie.

Juice Generation is only available for delivery in Williamsburg on Postmates (which is really, honestly, beyond annoying), but when I craved an “Almond Butter Bliss” Acai bowl, I would pay the insane delivery fees. And anytime I felt a cold coming on, I’d get multiple shots of “The Cure” , “The Defender” and a tall drink of “Hail to Kale”. Listen, I can be healthy when I want to be.

And of course, we can’t forget the booze. I will miss booze-delivery services like Minibar to bring me my whiskey right to my door. Queens is severely lacking in this department. Though I guess it’s probably a good thing that at least one of my vices will be less accessible.

That’s all for now.