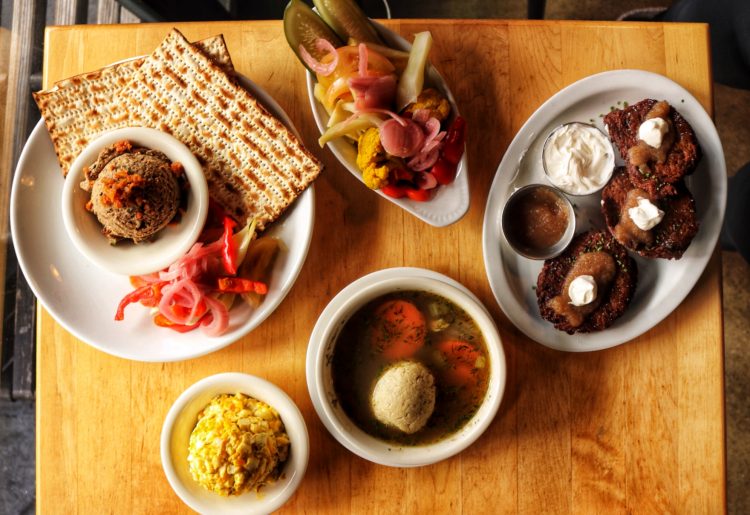 For those of you who don’t know, I’m actually half Jewish. My dad is Jewish (from Romania) and my mom is Greek (technically from Sparta, but she’s American). I grew up in a house where religion wasn’t a big focus, but holiday meals always were (shocking). Jews and Greeks love to eat. They have that much in common.

That said, I haven’t celebrated Passover in a very long time because my Safta passed away a few years ago (RIP) and even when she was alive, she moved down to Florida (also shocking). My memories of Passover seder are a little dim, but I DO remember eating hard boiled eggs dipped in salt water, bitter herbs (gross), charoset, and a lot of matzoh with butter. I’m not even sure if butter is allowed..? I’m a terrible half Jew, I don’t know a ton about the rules. So let’s move on.

I stopped in to Mile End Deli the other day, which is an old favorite of mine. A Jewish “deli” by way of Canada, they were the first place in NYC to make poutine and actually make it RIGHT. Probably because, well, Canada. So I fell in love with it almost immediately and have been going back every month like clockwork for their specials. This month was Nashville Hot Chicken Poutine. I have never been to Nashville, but I imagine they’d be proud of this. While I was there, I thought I’d get some Passover snacks. If you can’t celebrate with your fam, celebrate with Mile End. Love the one you’re with. Photos below and my advice to you is: get the matzoh ball soup and the chopped liver. Be advised that chopped liver is definitely an acquired taste, and if you have a Jewish grandmother, chances are she makes it slightly better.  No self-respecting Jew would EVER say someone else’s chopped liver was better than their grandma’s. That’s at LEAST 10 years of Jewish guilt waiting to happen. 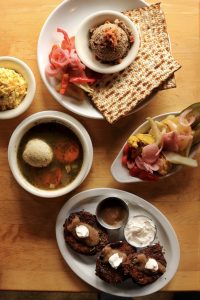 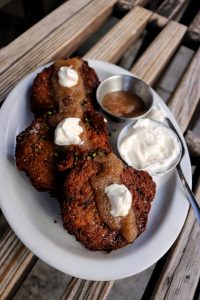 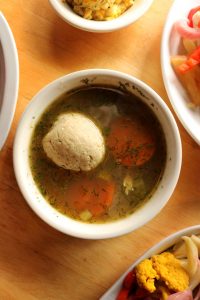 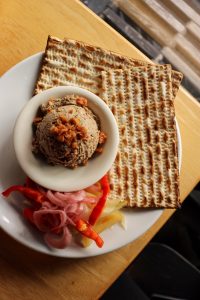 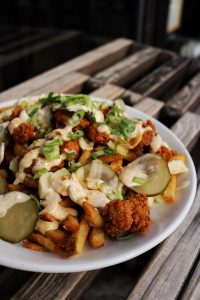 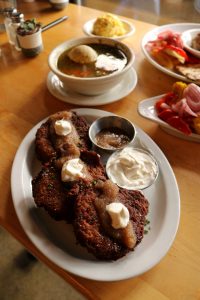 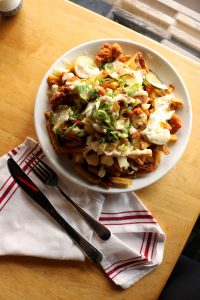 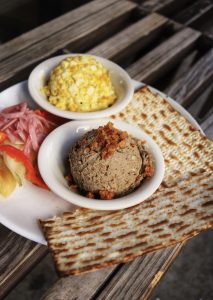 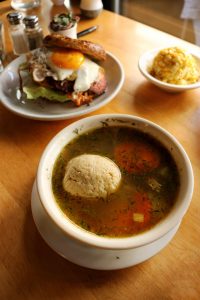