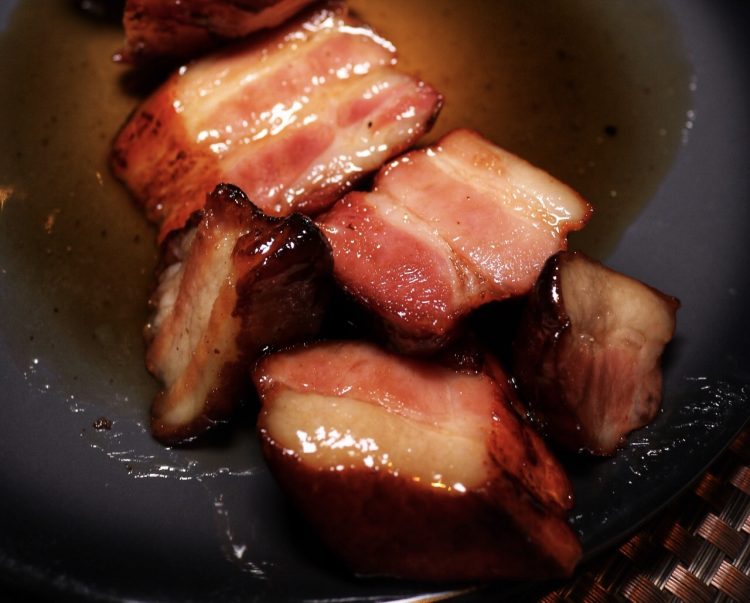 In this case, darkness is being played by Primal Cut.

Formerly known as Prime 333, Primal Cut is the steakhouse inside Sapphire NY, the “Gentlemen’s Club”, if you will. What was I doing in there? Well, I’m a gentleman and a scholar. Obviously.

In truth, I’ve been to the old Prime 333 about…three times? Maybe four. I guess you can say that I’m open minded and I think it can be fun with the right group of people. I also never thought the steak was being served with glitter on it, you know? Just because it’s in a strip club doesn’t mean it’s bad, but people will automatically assume it is. The stigma is very real.

Here’s the truth: it’s actually, really, quite good. Is it the BEST meal I’ve ever had? No, but it’s damn far from being the worst. The steak was cooked and seasoned well with a nice crust, the creamed corn with jalapenos was delicious, and this thick-cut maple-bourbon bacon was life changing. I’m not kidding. My friend has been pushing that bacon on me for months and I finally got around to it and I can say with confidence that I’m a better person now that I’ve had it.

Another thing that you should know is that it’s not IN the strip club, meaning there aren’t girls dancing on a pole next to you while you have your steak. I’m sure some would enjoy that, but that’s not how it works. It’s a small restaurant/lounge next door. If anything, the girls walk around and sit at the tables with the occasional solo gentleman, or they’ll sit and eat! There was a group of four girls sitting at the table next to us, scantily clad with perfect bodies, eating burgers. Talk about living the dream. And fuck you if you say that ruins the fantasy. THAT IS THE FANTASY.

See photos below. And no, there are no photos of the ladies. If you’ve ever set foot in a strip club, you know how it works: no touching, no photos. Oh but obviously I took a video of myself eating bacon in there. 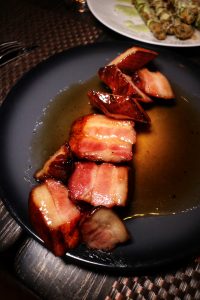 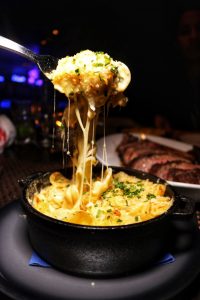 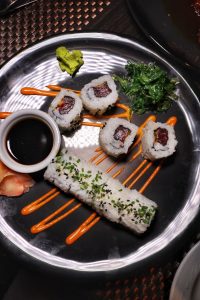 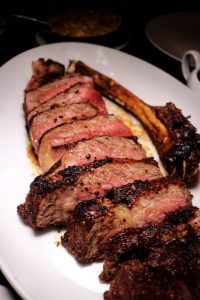 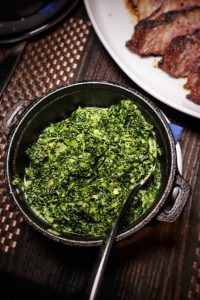 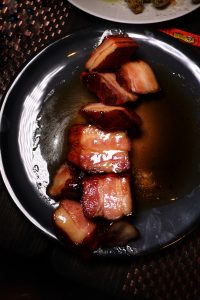 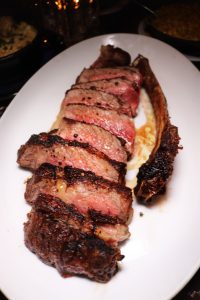 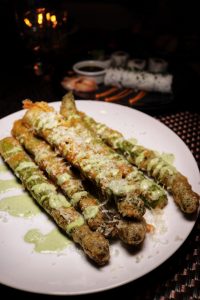