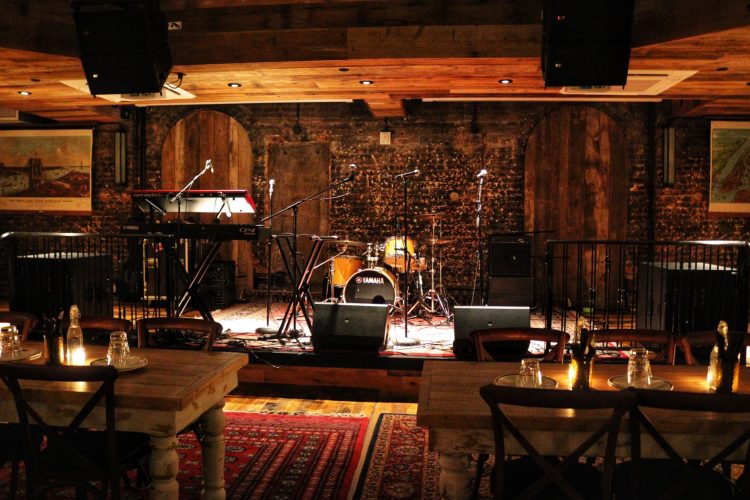 Of all the fabulous neighborhoods NYC has to offer…Times Square is by far my least favorite. It’s a crowding issue. The energy can be amazing and I love the theater, but it’s very tourist-focused and busy, so the food is usually nothing to write home about.

But that’s why I’m SO happy Haswell Greens has opened right across the street from the August Wilson theater. Technically this isn’t the heart of Times Square because it’s on 52nd street (thank the lord), but it’s still in the Theater District. From the same folks who brought you Tanner Smith’s, the vibe is similar (think early 20’s Prohibition lounge), and it’s an expansive, bi-level space with live music, good food, wood-fired pizzas, craft beer & cocktails.

It should also be noted that the August Wilson theater is currently showing the Mean Girls musical, so a few of Haswell’s menu items are Mean Girls-themed. I am obsessed with that movie, as are most women (and most men too, they just don’t want to admit it), so that was a big reason for checking it out.

There’s a cocktail called That’s So Fetch with tequila, Lillet, passionfruit and pink cotton candy. The liquor concoction gets poured over a fluffy ball of cotton candy in a glass, so it evaporates the sugars and melts down into one pretty and pink drink. Spoiler alert: it’s not as sweet as you would think! I hate sugary drinks so I was pleasantly surprised with that one. This is not to be confused with “Pink on Wednesdays”, which is a rye drink with pink grapefruit, raspberry, and lime. Though I can see where the confusion lies… I mean, it doesn’t even have cotton candy in it.

In terms of the food, the fried deviled eggs were awesome with a perfect crunch, and the Brisket Burger was no slouch either; big and juicy on a potato bun, it went heavy on the NY mustard but I was really into it. Probably because I love mustard. The photo below is the slider – I didn’t get a good shot of the other burger, sadly. I went back last night after seeing the Donna Summer musical though and had a pepperoni & broccoli rabe pie (made our own concoction) and it was awesome. Super crisp crust and sharp, cheesy bite.

Definitely make a plan to hit this up next time you’re in the area for a show. Or if you get lost in the area and can’t find your way out and need to drink to ease the pain. 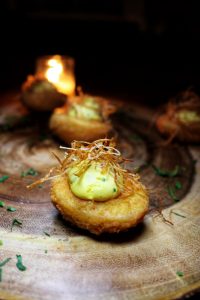 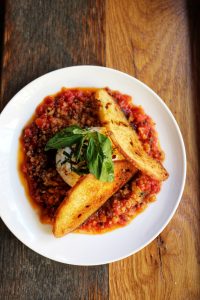 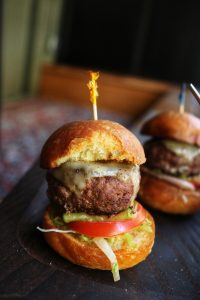 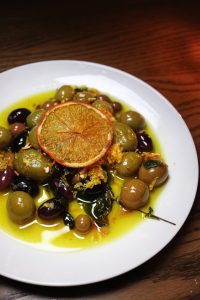 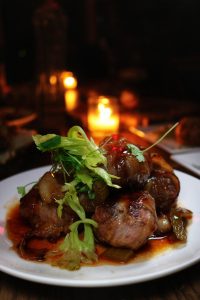 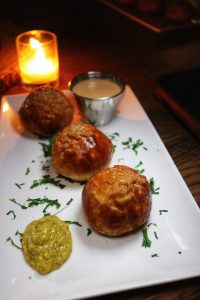