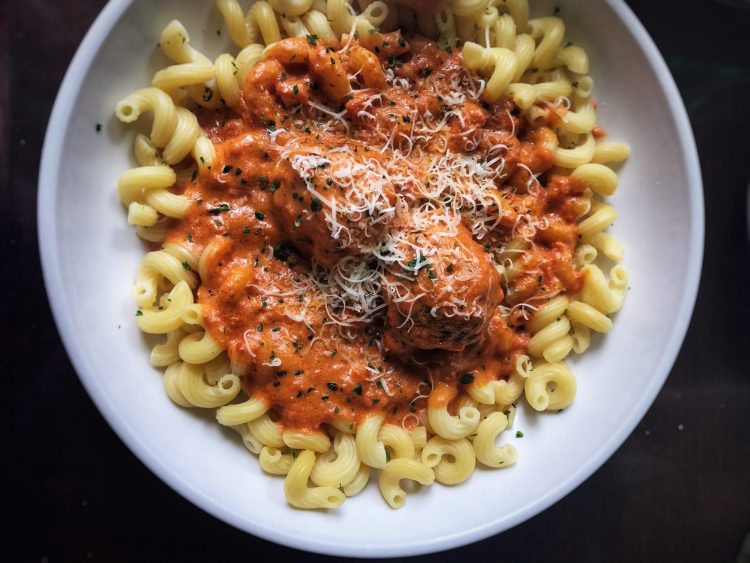 Over the weekend, I ate a plethora of shitty chain food. And when I say shitty, you should know I mean “delicious”, at least by my standards.

After receiving some rather unkind comments on social media, it led me to address a particular issue when it comes to food preferences. As a New York City food blogger and photographer, I get a lot of heat for admitting I enjoy the occasional Taco Bell or Dominos binge. I went to a Michelin-star restaurant 2 weeks ago, then 4 days later, I went to Olive Garden. I grabbed a friend and we did the unlimited pasta, salad, and breadsticks thing. It was wonderful. Here’s where things get annoying though. Because this is 2018 and everyone has something to say, people just LOVE to make the argument that the food is “garbage” or tastes like “shit”. WOW THANK YOU OMG I NEVER KNEW YOUR OPINION WAS FACT. Guess what? If you grew up eating it, you’d probably like it too. Just because I have a palate for the finer things doesn’t mean I can’t enjoy a cardboard-y crust or a taco that looks like someone stepped on it. FYI, if you put enough Fire sauce on anything, it will magically heal. Fire sauce has similar powers to ET’s finger.

But I digress. Back to Olive Garden, or as my dad likes to call it, “Olive Green”.

When my Dad moved to NYC from Romania and Israel, he sort of fell in love with American fast food. I don’t totally get why, because his mother was probably one of the best home cooks I have ever met. It should also be noted that my dad is the original SkinnyPig. I swear that man eats two buttered rolls or 2 Pop-Tarts for breakfast every morning and hasn’t gained more than 4 lbs over the 30+ years I’ve known him. It’s insane. And mildly infuriating. Now I know how people must feel when they meet me and follow me on Instagram (shameless plug).

So…even though all signs point to my Dad being the type who SHOULDN’T like this type of food, he 100% does. He defies all logic. He took my mom to Burger King on one of their first “dates”, or so I’m told (they’re divorced now but I’m almost positive that’s unrelated), and he used to take me and my brother to McDonald’s to have Big Mac-eating contests. And Dominos? Umm, literally it was our New Year’s Eve tradition. Pairs well with Rod Serling and a stiff glass of soda.

Christmas was spent with my Mom, and NYE was spent with my Dad. We watched the Twilight Zone marathon, ordered at least 2 pies from Dominos (thin crust for me, OG crust for Dad and bro), Cheesy Bread, Cinna Stix, and watched that big glowing ball descend upon Times Square and close out another year. And you know what? Those are some of my favorite memories with my Dad.

I’m not saying that you have to have some sort of nostalgic, heart warming story to defend your love of fast food. You can just (gasp) really like it. Fast food is addictive for a reason, my friends. Our bodies are geared to love the stuff that’s bad for us – this rule applies to relationships as well.

I don’t love ALL junk food, but some junk I crave more often than I’d like. This is where that whole portion control and self discipline shit comes into play. I don’t set a calendar reminder saying “in 90 days, you can have T-Bell”. I just have it when I really, really want it. And as much as I love it, it’s not something I would want to eat every day, despite the fact that Taco Bell is actually one of the healthier, most sustainable fast food options out there (seriously, look into it). I just look much more forward to those binges when I haven’t had it in ages.

Moral of the story: let people live. You can tell me that Domino’s has a 1/4 tsp of asbestos in 6 out of 10 pies and I’d probably tell you that I’ll take my chances. You feel me?

Leave a Reply to Allison Cancel