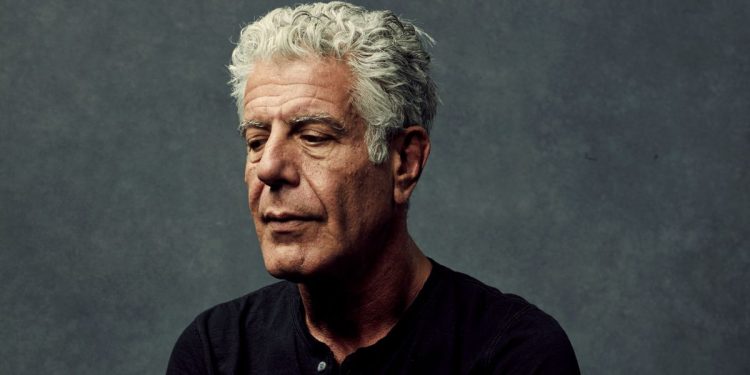 It would have been wrong of me not to write something about this, the issue was I had trouble finding the words when it actually happened. Now, one month after his death, and I’m still writing in a stream of consciousness. But I think it works.

Please note that some of this is just conjecture based on my own experiences and knowledge of who he was. There are no GIF’s or images to support this piece either (I felt that was important to mention).

I’m not normally one to get affected by a “celebrity” death, but this one hit close to home for a few reasons.

As I look at my keyboard…the keys are kind of blurring together because I’m extra tired. Or maybe it’s the whisky (Laphroaig, if you must know). It’s past midnight and now it’s been one month since Anthony Bourdain died. When this happened, I went from shocked to sad to angry to disappointed. The mixed bag of emotions didn’t lend itself well to writing something that made sense so…I figured I’ll wait and get a little tipsy instead. You’re welcome (and thank you for your patience).

Everyone was thinking the same thing when it happened: “how did he not know how many people looked up to him, respected him, and wanted to just be in the same room as him?” The unfortunate answer is…I think he knew, but I don’t think he cared.

Being put up on a pedestal like that when you secretly hate yourself can be unbelievably uncomfortable. Some might even suggest that it’s painful. And I’m not saying that he hated himself completely…but the man definitely had his demons. Only he (and maybe a few select people) knew what they were.

Depression and addiction are two tough battles to face, and at the end of the day, I think he was a terribly lonely person. I read somewhere that he traveled for 250 days out of the year. I had a few months during the Fall where I was gone every weekend for 5 weeks and it knocked me on my ass. That’s essentially 15 days or so, combined. Now I just feel like a pussy.

But I digress. The real issue here is depression and the stigma that comes with it. Depression is a serious disease and people are usually embarrassed to talk about it. I get a lot of messages on Instagram from people telling me they admire my openness with mental health issues and how I’ve shared my battles with depression, PTSD, and anxiety. And the truth is…it wasn’t EASY for me to do, but I’m also not embarrassed by it. For me, it’s more of an issue of vulnerability – knowing someone has the ability to hurt me is way worse than admitting I had suicidal thoughts once. Isn’t that insane?

If you know anything about depression or severe anxiety, you’ll actually know that it’s not.

Depression is an extreme case of hopelessness and powerlessness. Vulnerability is, for the most part, something you can control. You can pretend to be confident. You can keep people at a distance so they don’t get close enough to hurt you. You can mask it and you can control it. Depression isn’t something you can control. It’s a chemical imbalance in your brain, something that completely alters your way of thinking and leaves you feeling empty. At it’s worst, it leaves you feeling somewhat dead already, which is why suicide can be considered the answer, because to the person in question, they’re already dead.

I realize this is a lot of heavy shit I’m throwing out there. But this is something that hits close to home for me and of ALL the shit we talk about in 2018, why is this not destigmatized yet? Why do I still have people in my life who are afraid to see a therapist or afraid to talk to someone about their problems?

Ever meet someone who gets their power from other people? Of course you do. These people are called assholes. They’re the type that have to put others down or manipulate them in order to make themselves feel good. True power comes from within and isn’t derived from others. So what happens when you can’t get it from yourself, but you also can’t get it from anyone else?

You see my point.

So…bringing this back to Bourdain, I think he was the type of guy that had it all on the surface, but lacked the power underneath to hold him up. It’s like the foundation of a house – can’t build one on shifting sand.

And damn was he good at it.

From the written word to the spoken word, he captured the attention of millions of people without even trying. That is a true talent.

It’s incredibly sad to see someone like him go so soon, but maybe he did his work here. He certainly had no shortage of life experience, travels, and stories to tell. I wish he could have stayed around a little longer to tell some more, but maybe the body he was in had had enough.

Uniqueness will always be flawed. That’s why perfection is an illusion.