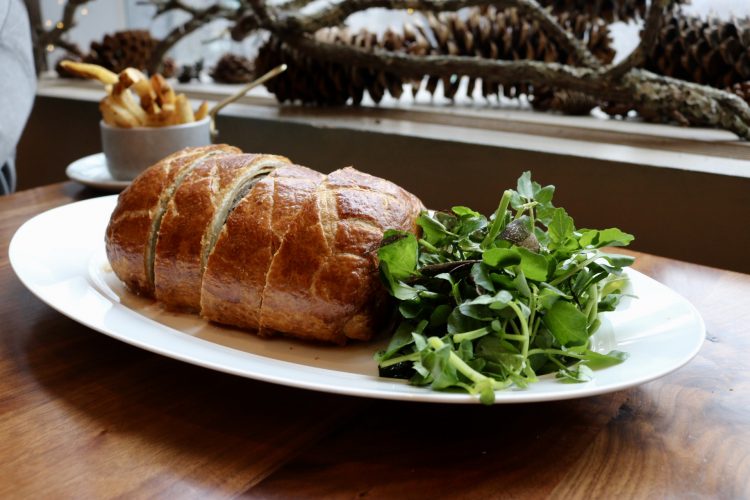 I’m not sure how many of you read this little paper called the New York Times but…they hate Bluebird London.

Maybe hate is a strong word, but it didn’t fair well in the reviews.

I’ll be honest, part of me wanted to go just to see what they were talking about (and if it was true), and the other part wanted to go for the views. Bluebird London sits on the 3rd floor of Columbus Circle in the old A Voce space, overlooking the main “circle” and the park. I ended up going on a rainy, gross day, but the main part of the restaurant was still very bright (and ideal for photo-taking), so I was happy. View from our table below. Not too shabby. In both of these articles, there are references to the waitstaff being rude, but they couldn’t have been nicer to us. Maybe that article whipped them into shape, but I enjoyed our waitress – very friendly, honest, and patient. When we were debating whether or not to get the lobster roll, she said “you have to like mayo, because it’s very mayo-heavy”. I do not love mayo-heavy things, so we opted for the burger instead. More on that in a bit, but point being, I’m glad she warned us. Truth be told, I’m not one to dismiss a restaurant for rude service. It would affect my overall experience, sure, but ultimately, you can be snotty, forgetful, and ineffectual and I don’t really give a shit as long as you put something brilliant on my plate. I’m a New Yorker, that’s how I roll.

Joking aside, I think I know what they meant though. The menu is a bit boring. So if you’re going to use any word to describe it, maybe I’d say it’s uninspired. There’s just nothing exciting about it – burrata, avo toast, burger, eggs benny, truffle tagliatelle – you get the idea. But whatever, most of what we had was executed well. There were a few misses, but would I call it the worst restaurant of 2018? Absolutely not. And I’ve been reviewing food in NYC for 10+ years.

One thing they had that stood out to me was the beef wellington. You definitely don’t see that everyday on a menu and they were nice enough to make it for us even though it’s usually served during dinner service.

Presentation: gorgeous, 10/10. Taste: a little bit underseasoned but perfectly cooked, with mushroom duxelles and a buttery, flaky crust, 6/10. I had a few friends who had this here and they loved it, so maybe getting it during dinner is the move because they’re more prepared for it? Either way, I still took half of it home and had it for lunch the next day (plus a few sprinkles of salt). And there were a few random sprinklings of truffle on the greens…it felt like excess flair. Not necessary.

The burger was probably one of the better things we had, in my opinion. Cooked well, nice amount of cheese and bacon, and a few slivers of raw, red onion. I love raw onion on a burger. It was a bit greasy though, so just make sure you have extra napkins. The thing that REALLY blew me away? The dessert. And I am NOT a dessert person. The Sticky Toffee Pudding was insane. Gooey, sweet, salty, and definitely sticky. We even tried the honeycomb ice cream, which is apparently made in-house, and that was delicious too. It had bits of crunchy honeycomb throughout the velvety vanilla ice cream. Yum.

If I were in the area and hungry, I would go back. I would also literally go back for just a glass of champagne and that sticky toffee pudding.

And if you’re going to take anything from this article, let it be this: make your own opinions; taste is subjective. 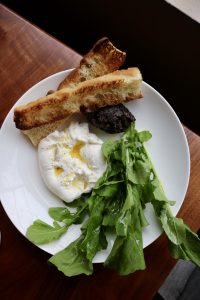 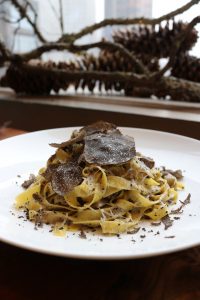 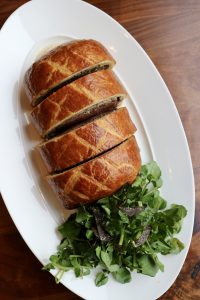 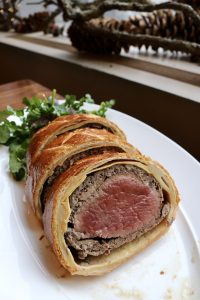 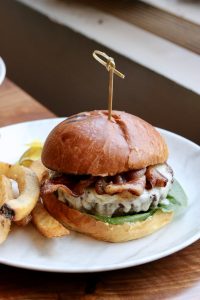 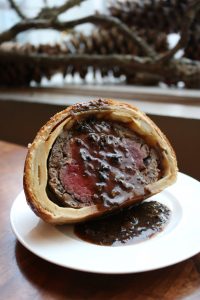 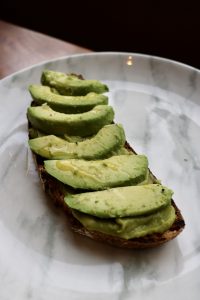 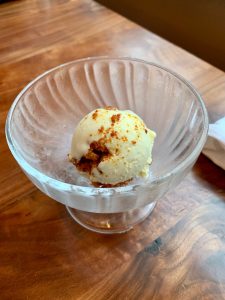 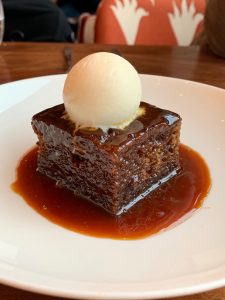