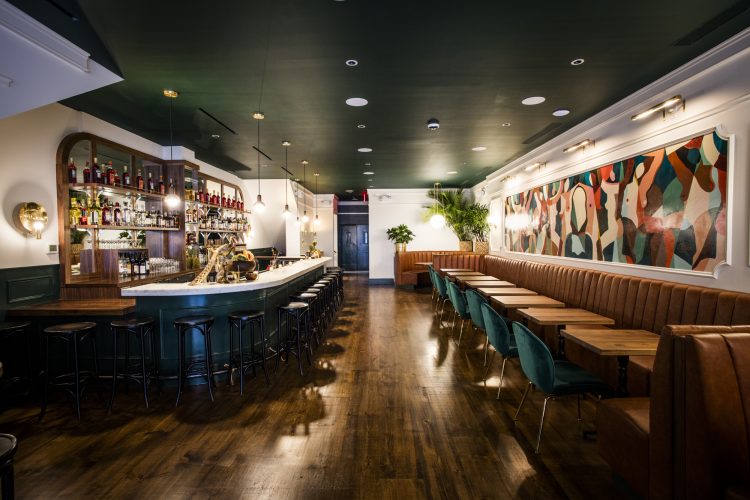 Before I do anything, can we just share a moment of appreciation for me making it out to a brand new bar?? I literally don’t remember the last time that happened. My youth has gotten away from me and my idea of a night out is still being home by 8 or 9 pm.

That said, I had an early reservation at Jungle Bird. And let me just say that even by 6:30 pm, it was already packed. Not annoyingly packed, because I hate that, but it was a full house.

Brought to you by Krissy Harris, formerly of The Wren and Gramercy Tavern, the tropical/retro vibes at Jungle Bird mixed with South East Asian inspired food and cocktails seemed like the perfect way to kick off some warm weather. And they literally soft-opened on one of the hottest days of the year. The universe is always listening, am I right? 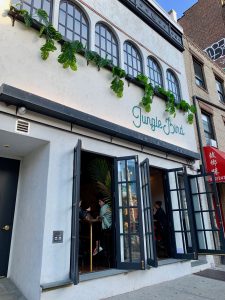 In the kitchen is Russell Cowan (from Terroir on the Highline and Fatty Crab), who says in this article on Eater that Krissy sat down with him to create the menu, always being mindful of the cocktails. They wanted to make sure everything paired well together, and I think they succeeded.

I tried quite a few things from the food menu, all of which were unique and tasty, without being overly complex. The Thai beef jerky board was super crispy, salty, and tender at the same time; served with assorted pickled vegetables and green mango. The Crispy Rice Bites were like South East Asian arancini, rolled with Tamaki rice, duck sausage, nori, and topped with bonito flakes and tonkatsu sauce.

Have to admit, one of my favorite things was the Jungle Mix. A small bowl is filled with five spice sesame peanuts, puffed rice, Inca corn, candied Kafir banana and chili. Literally perfect sweet, salty, and crunchy bites to pair with your cocktails. I thought at first “wow that’s a small bowl”, but there was so much flavor, I didn’t even finish the whole thing. I came close though…

In terms of the cocktails, I tried the Smoke Gets In Your Eyes – not only because it’s one of my favorite songs by The Platters – but because it has mezcal in it. I love mezcal, and this drink was mixed with Habanero tequila, cucumber, and lime on the rocks. It also typically has cilantro in it, but I’m one of those folks who can’t taste cilantro the right way, aka it tastes like soap. So they were nice enough to nix that from the tincture.

A few others that were in the running: Fools Rush In with bourbon, fresh pressed ginger, tamarind honey, and lemon on the rocks. Or the Stormy Weather with vodka, turmeric, black pepper tincture, ginger beer, and lemon in a highball glass.

There are plenty of cocktails to try, from the aforementioned to the ones spiked with rum and calamansi lime. I’m just not a fan of rum.

Whatever your vibe is, make it to this jungle within the concrete jungle. It’s worth it. 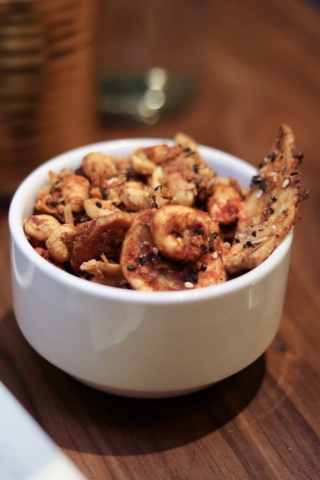 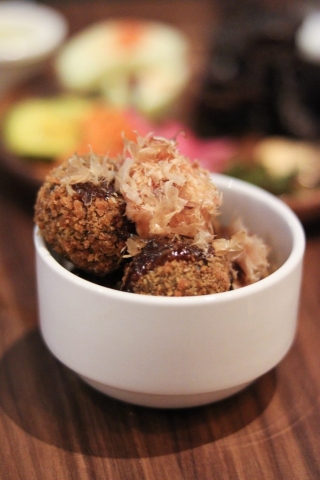 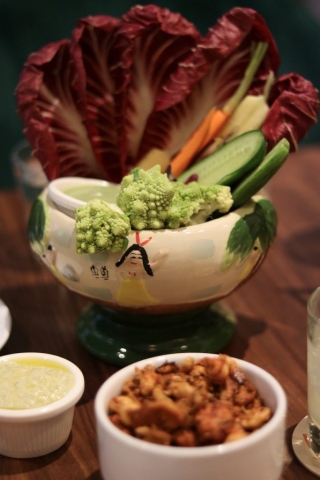 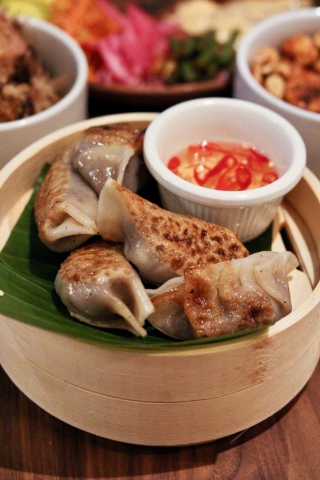 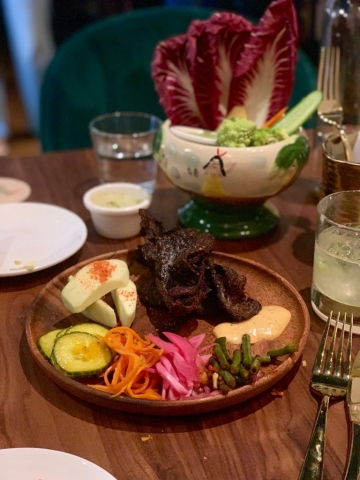 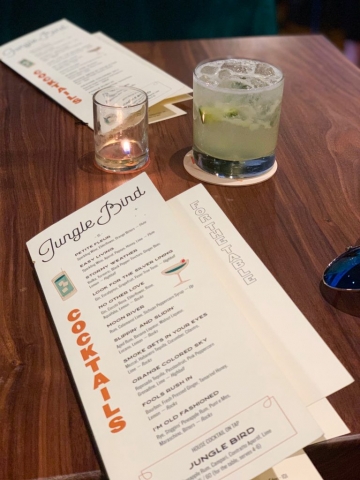