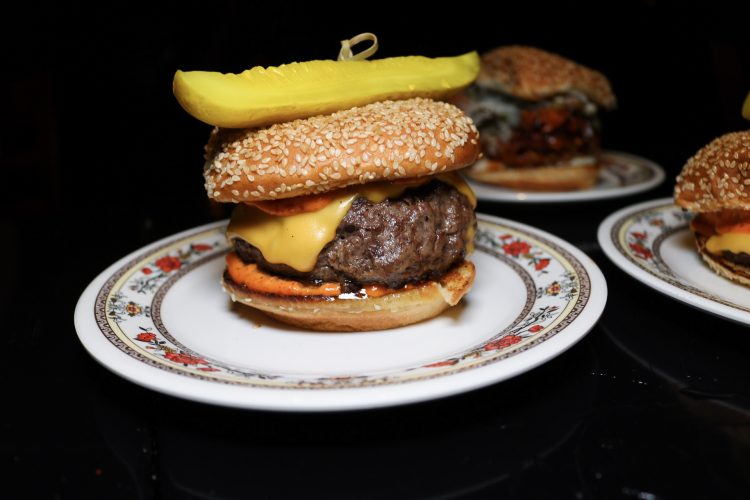 I say this a lot, but it doesn’t make it any less true: I’m somewhat jaded to the NYC food scene.

Before you judge me, let me explain. When you’ve been doing this for as many years as I have, it can be hard to maintain enthusiasm, especially in a city where you have access to endless kinds of cuisine. Things get tired quickly, trends come and go faster than seasons, and creativity often gets pushed aside to make room for things covered in glitter and rainbow food coloring.

Thankfully, I was lucky enough to experience the menu at Black Emperor last week, where they are hosting the @him_ny pop up. Chef Jae S. Lee is in the kitchen, pumping out delicious, creative Korean fare with a twist. Seriously this was one of the best tastings I’ve had in a while.

For example, Korean rice cakes take a trip through Harlem and become “Harlem Rice Cakes”, where Chef Lee throws in elements of a chopped cheese – American cheese, pickled chilies, and crunchy. Or the shishito peppers, which are tossed in a creamy black sesame Ceasar dressing with sesame pods on top. Unreal.

Another must? The sesame crackers with some of the dreamiest, creamiest avocados you’ve ever had. I’m told there is an actual avocado dealer roaming the streets of Manhattan…and now I must find him and these glorious avocados.

Then…there’s the chicken wings and the burgers. OH. MY. GAH. The chicken wings were SO crunchy and crispy, and get this: they’re coated with pulverized instant ramen noodles! There’s your crunch factor. And Chef Lee even uses the ramen seasoning packet in the glaze, so there’s no waste. They were sticky, sweet, spicy, and amazing. Could have eaten a whole bucket of those.

The burgers come in two forms: The Washugyu Double Cheeseburger ($15) and the 10 oz. Dry Aged Steak Burger ($22). Personally, I liked the thinner, double patty Washugyu best, but the flavor on a dry aged burger is hard to beat…so it was a close second. I just really like a good old smash burger, what can I say? Both are covered in American cheese and kimchi mayo, with a pickle spear on top. SO SO GOOD. Adding to my Top NYC burger list IMMEDIATELY.

You know how there’s that current fried chicken sandwich madness going on between Popeyes and Chick Fil A? Well, this one will blow both of those right out of the water. The Big Bird Sando has that same amazing crunch like the chicken wings, but with gochujang glaze, peanuts, parmesan, and soy pickled jalapeno.

Lastly, you do not want to pass up the honey butter tater tots. I mean…what? Super golden crisp tots sit atop labneh yogurt (trust me it works), and garnished with furikake. It’s sweet, salty, crunchy, and velvety all in one. I’d call that a tater tot triumph.

If you miss the pop up, I wouldn’t worry, because I bet it won’t be long before Chef Lee gets his own place…ya heard it here first. 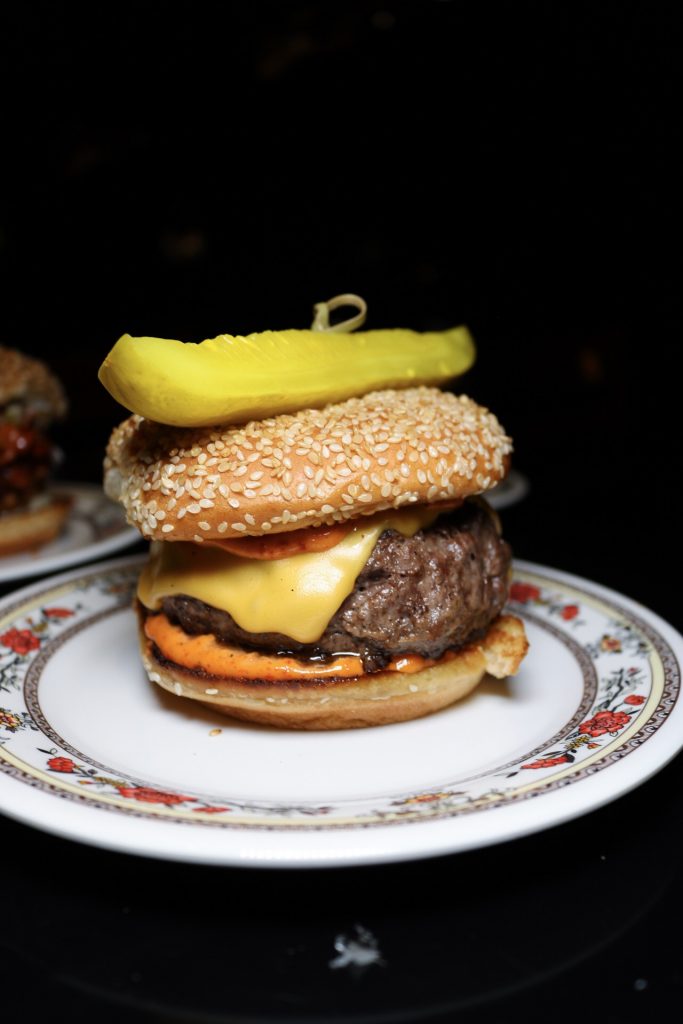 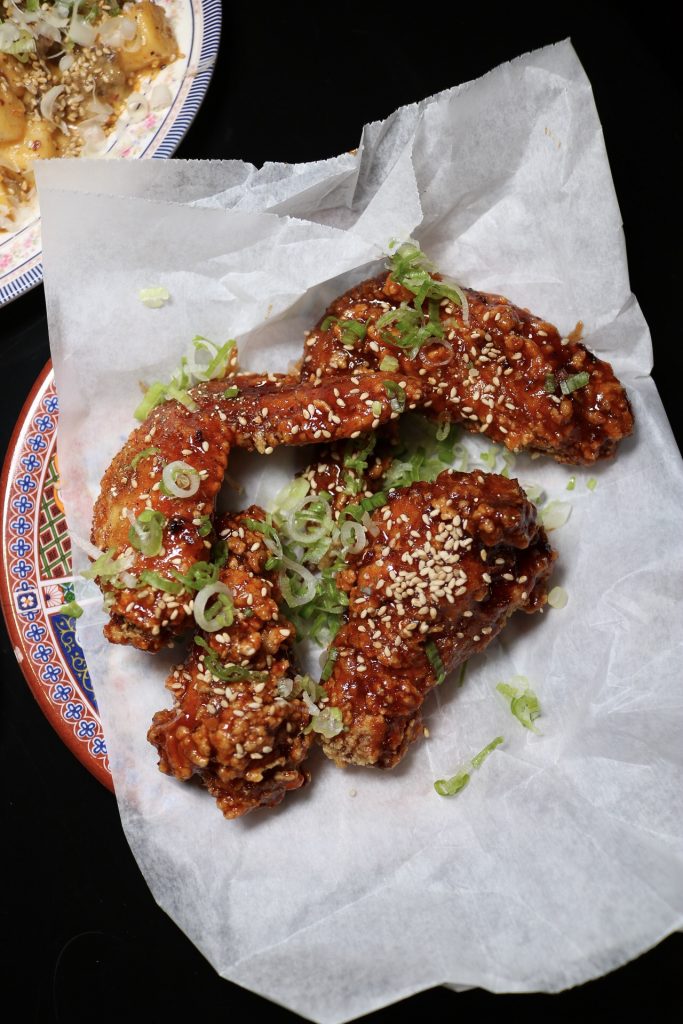 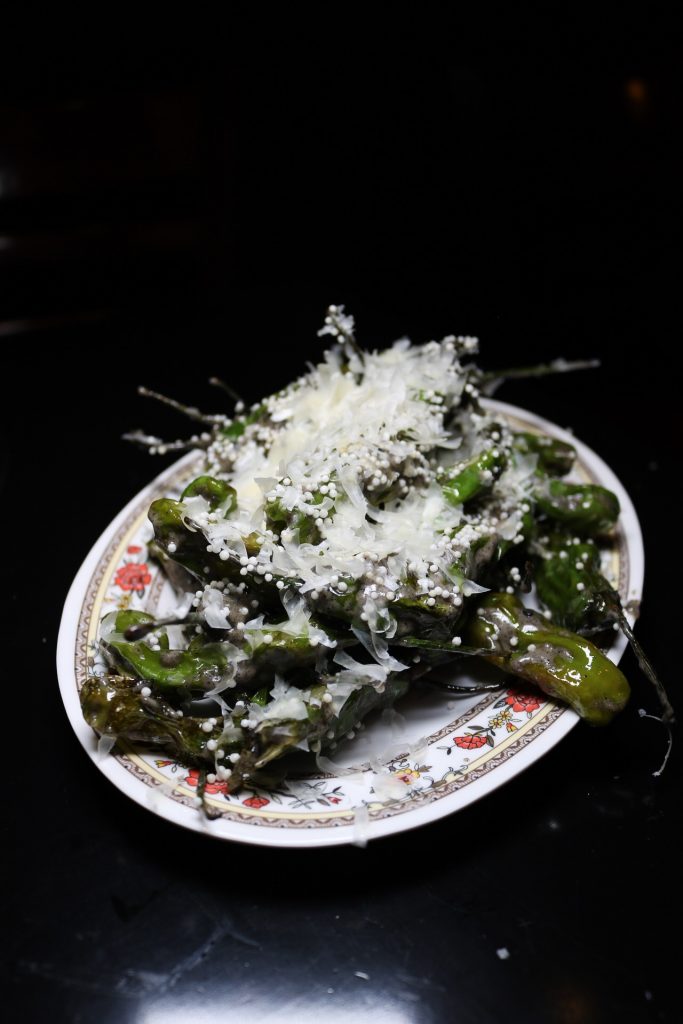 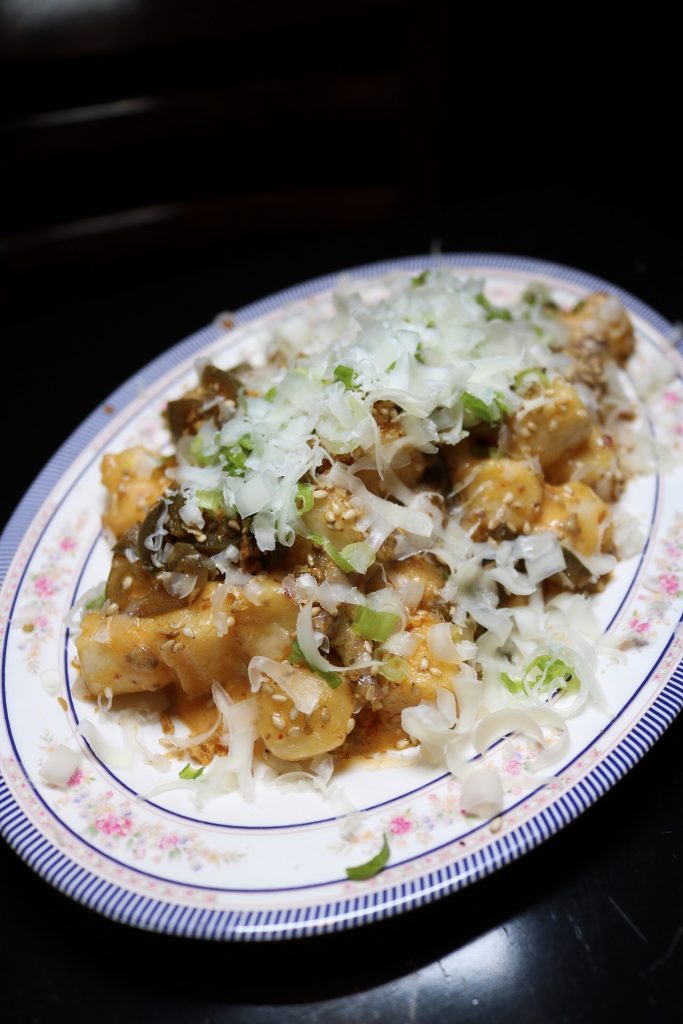 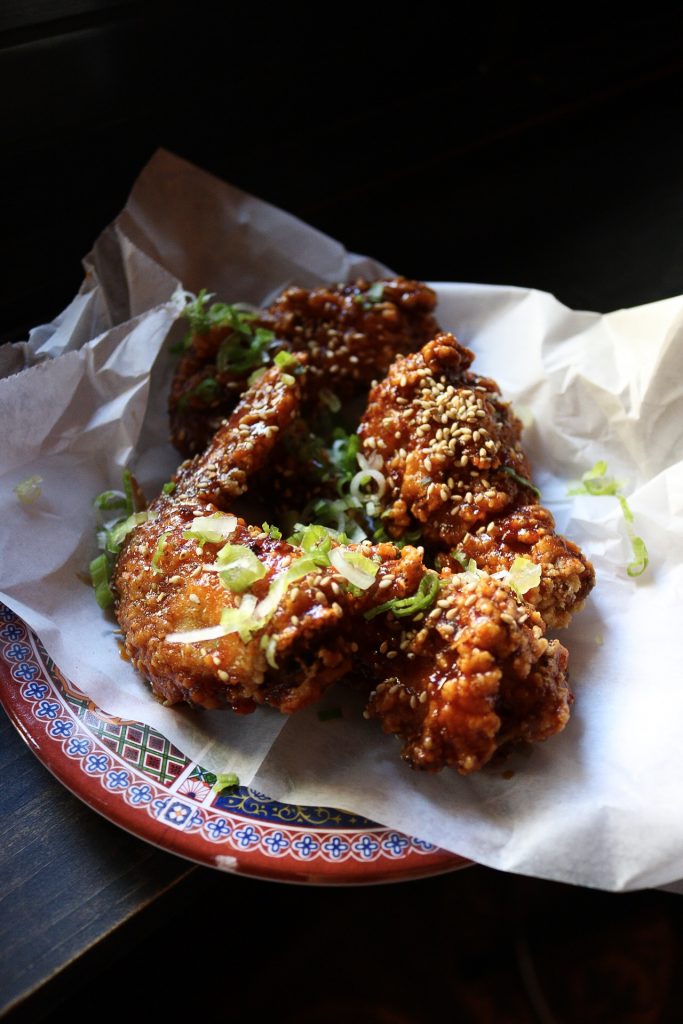 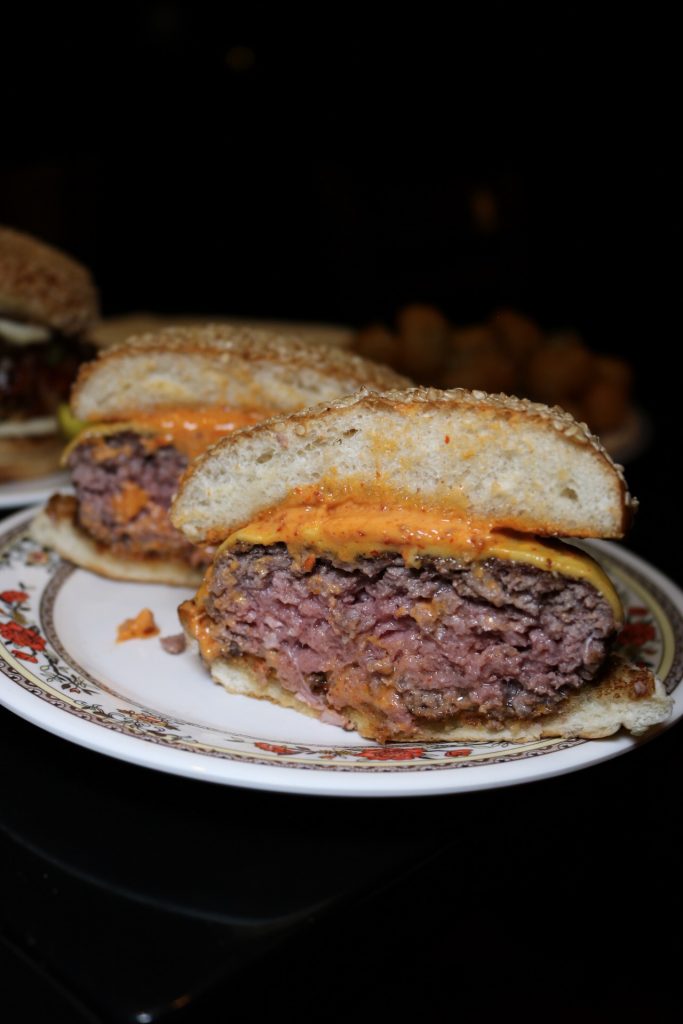 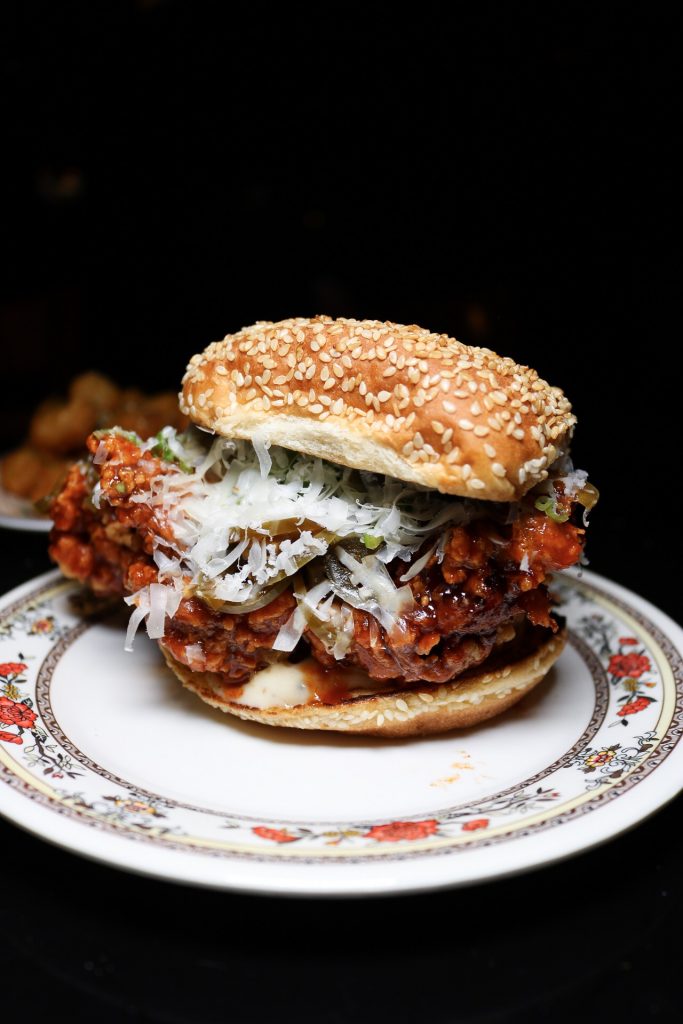 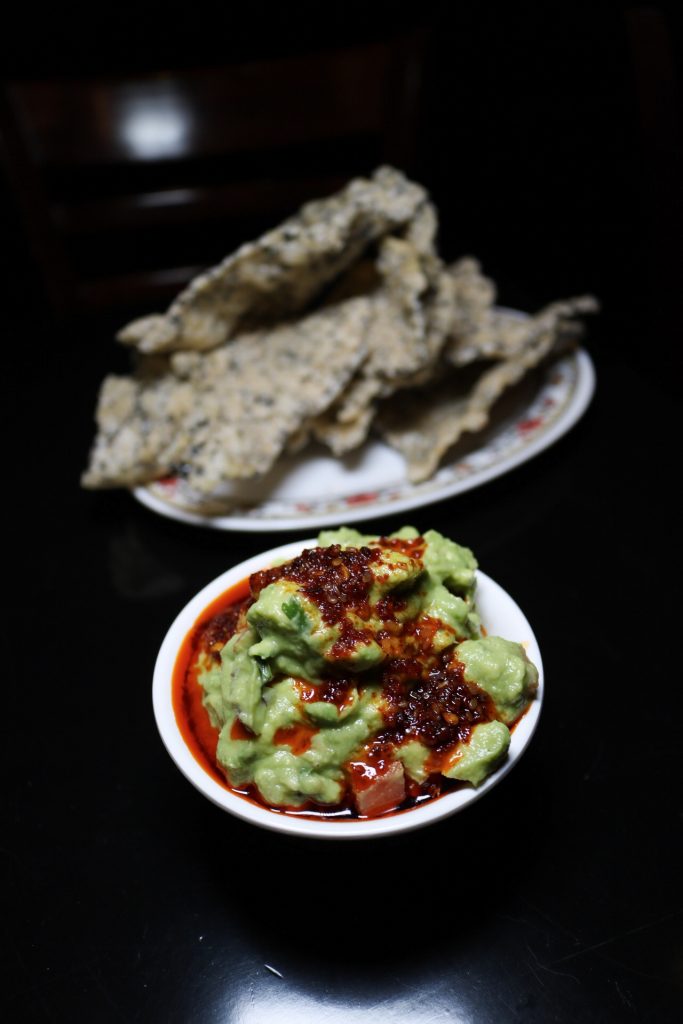 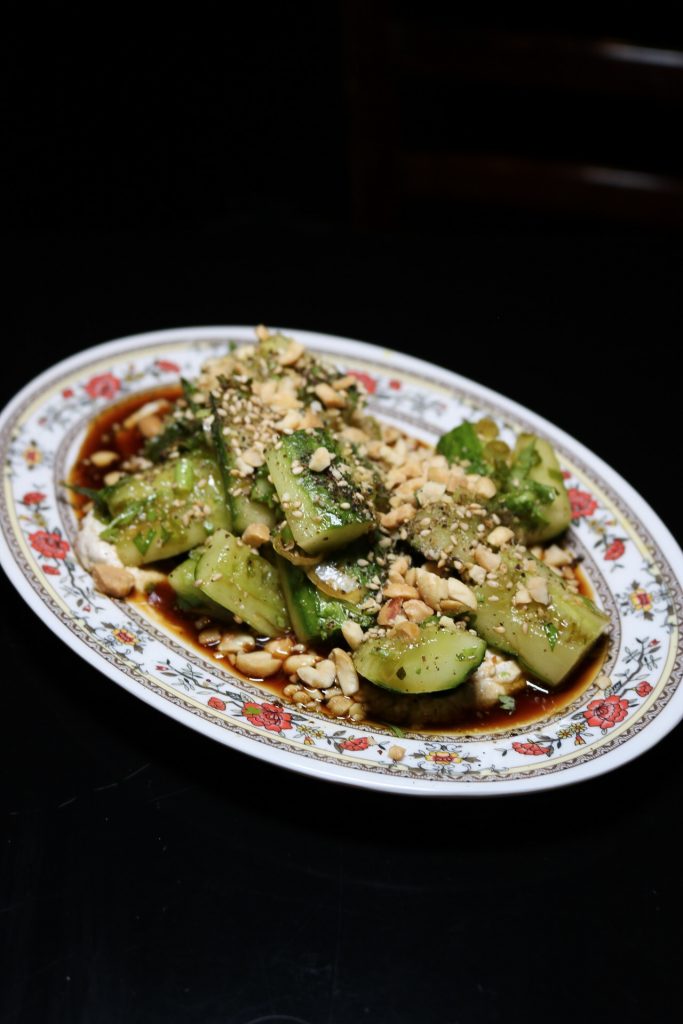 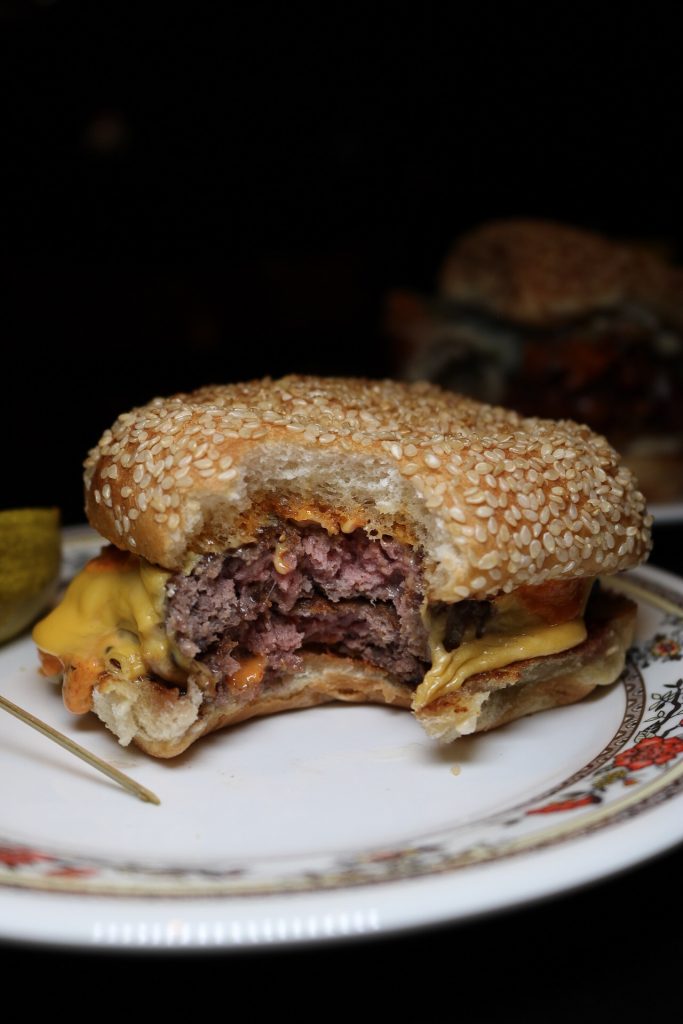 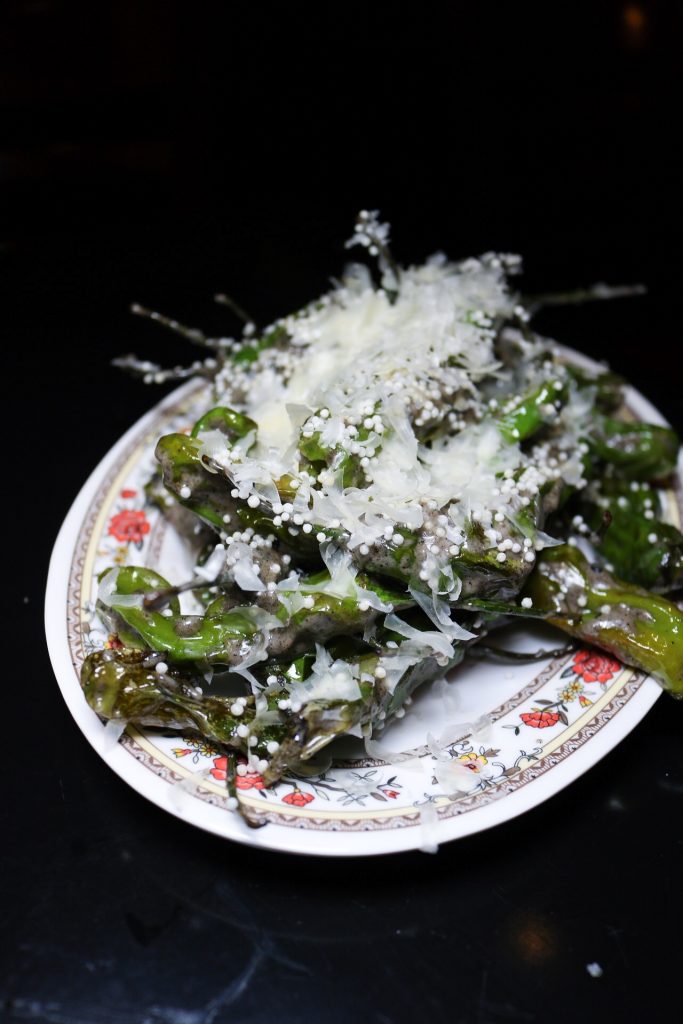 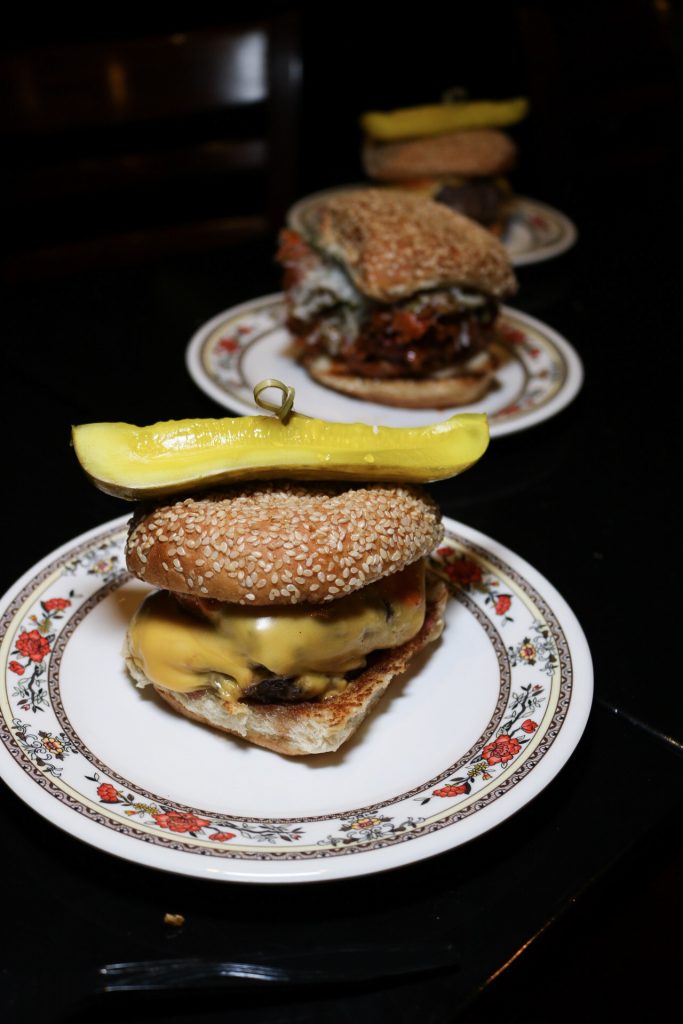