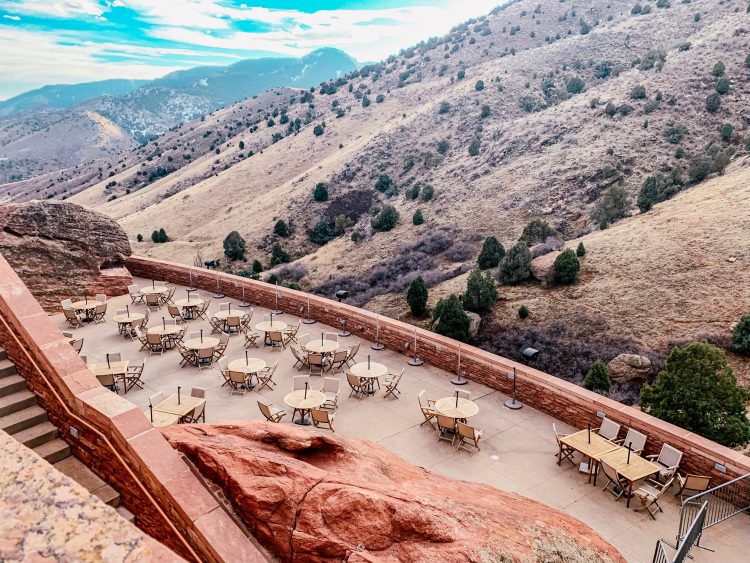 Guys I did it. I made it to Denver!

After spending half of December last year researching and writing about it for Thrillist (seriously), I finally got to visit in person.

Denver is one of those towns where I felt pretty relaxed all the time. That’s just the vibe I got. I guess when you’re from New York and have never lived anywhere else, that’s not really hard to find. Few things have that “wake up & panic attack” vibe quite like NYC. Good times. And deep breaths.

Actually. Speaking of deep breaths. I know people tell you to “be cautious of the elevation” and “drink a lot of water” and blah blah blah. BUT SERIOUSLY. Holy shit. This is my second time in Colorado (first time was the Aspen Food & Wine Classic in 2016) and you’d think I’d learn my lesson. NOPE. One drink here is like 2.5 in NYC. It’s crazy. And walking up a short flight of stairs makes you feel like you just ran a Spartan race.

So yea, that’s my cautionary tale about the elevation. Listen to people about that shit. It’s VERY real.

Anyway, let me rave about our hotel for a minute. The Maven Hotel in “The Dairy Block” in Downtown Denver was amazing. I could not have been happier with this partnership. And full disclosure, yes, they gave me a discounted rate and a few comps in exchange for the coverage, but I don’t promote places I don’t actually like, so TRUST this is an honest review. If I didn’t love it, I wouldn’t write 3-4 paragraphs about it.

As I was saying, I LOVED this hotel. It was in a great location – basically 2 blocks from the Union Station train (which we took right from the airport, about 40 mins), and next to the Denver Milk Market, a big food hall with something for everyone: pizza, pasta, burgers and sandwiches, seafood, fried chicken, gelato, a bakery, and a full bar as well as craft beer bar. They also give you “tokens” upon check in that can be used for a free wine, beer, or margarita inside the hotel from 5-7 pm.

I know this is purely aesthetic, but you know how some hotels just look super inviting and have a great color scheme mixed with modern design and functionality? That’s what The Maven has. It’s stunning. The lobby, the bar (Poka Lola Social Club), and even the rooms. They have little swings in them! Don’t get any ideas…but seriously, how cute is this place?!

Did I mention the MASSIVE bathroom with two sinks?? And huge steam shower? And they give you makeup remover wipes! I happened to forget those and I NEVER forget those because I take #skincare pretty seriously, so I was beyond excited to see that. Just a random little thing that made a big difference for me. Highly recommend this hotel. Super friendly staff and beyond easy to get to from the airport!

Before we dive into the food, guess what I got to cross off the ol’ bucket list? Visiting Red Rocks Amphitheater and standing on the stage! I remember when I was writing about it for Thrillist, I found that in my research. You can go during the offseason and stand on the very stage where many legendary artists have performed (The Beatles, Jimi Hendrix, U2, to name a few). Or in my case, you can do pirouettes and cartwheels. Click play below…

Now for the Skinny Pig stuff. Let’s get into the restaurant and bar list! Denver is a beer lover’s paradise, so make sure to check out some breweries if you can, since that was the one thing I didn’t do!

See below for all the places we went, in no particular order.

And there you have it, folks. I also took a day trip to Castle Rock, which was a really cute little town! We walked around for a bit and stopped into a store called The Emporium that was decked out for Christmas. I could have spent hours in there, honestly. Unfortunately I don’t have anything to report back on food-wise since we didn’t eat there, but there were plenty of places to go! Including the old standby’s (chains) that you know and love. Taco Bell, anyone? 🙂