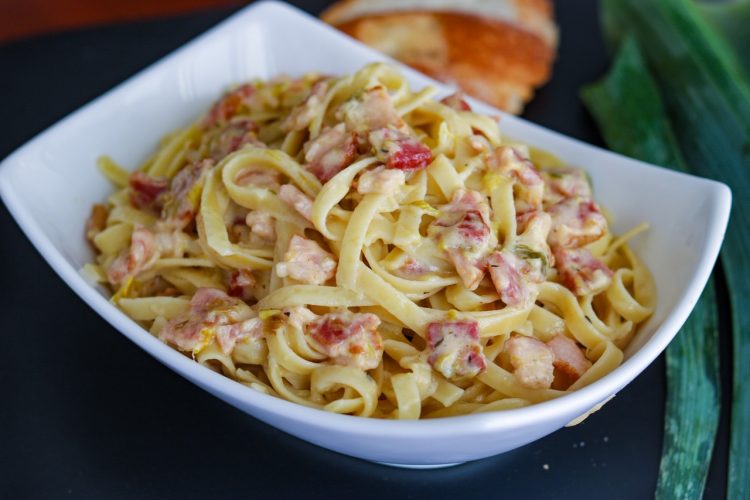 Sometimes the best ideas are right in front of you.

In the current state of the world, we are being forced to stay inside and “self quarantine”. In MY world, however, that means “eat, cook, and eat what you cook”.

Since there’s a lot of pasta in my cabinet right now, I decided to try some recipes out. I ventured out to the grocery store and stumbled upon some Peter Luger’s thick cut bacon. That was the inspiration for the dish! And thanks to that meme that’s been circling, I’ll shut up now and get to the recipe!

FOR THE RECORD, I don’t ramble for 10 paragraphs before a recipe anyway, but I know a lot of bloggers who do. STILL. Now I’m even more self-conscious.

Anyway, enjoy! This is a rich dish so I’d serve with a very simple salad of light greens, like frisee or arugula with a lemony vinaigrette. Something with acidity will really cut through the sharpness of ALLLLL THAT CHEESE.

Fettucine with Bacon, Leeks, and Cream