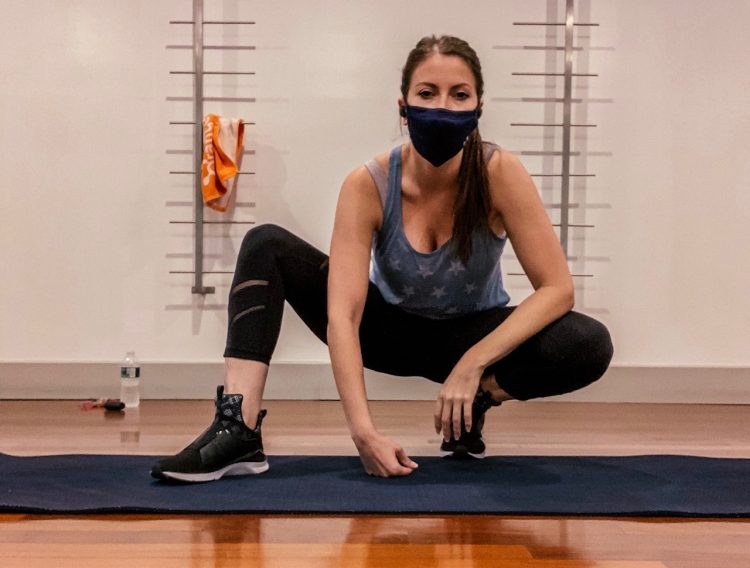 Yet, here we are.

I guess what I’m trying to say is…you can’t ever be truly prepared for terrible shit. It happens. It’s just life.

I know I’ve mentioned this previously, but I’ve drawn some pretty serious parallels from my car accident trauma in 2001 to this year. How everything we knew changed in an instant, how we had to pivot quickly and adapt uncomfortably, and most of all, how we had to cope with the aggressive change mentally.

Based on prior experience with my life going up in flames, you’d think I’d be more prepared or at least have a bunch of tools at my disposal to help me through it. I guess I did to some extent, but it was still hard. Everything I built with my consulting business was pretty much annihilated the first week of shutdown. There’s parallel numero uno: you think your life is going great and finally making sense, and the universe says “lol wait” and fucks it all up.

For those of you who don’t know, here’s the abridged version of what happened to me on 9/30/2001: I was 17 and a dancer, on the road to hopefully one day being on Broadway, when I was hit by a car and almost lost my leg from the knee down. It was a devastating injury, and I was in the hospital for a month. I was told to basically forget dancing as a career, and was told I may never even walk again. I had no clue what I was going to do with my life. ZERO clue. Dancing was all I ever wanted to do.

I had to push through that depression/misery and figure out a new life for myself. Did it happen? Yes. Did it happen quickly? Fuck no. It took years of bouncing around to different internships and jobs. I enjoyed most of the ride, don’t get me wrong, but my point is, patience is key when it comes to overcoming adversity. And in my case, a little bit of crazy. Did I tell you I interned at the Howard Stern Show for a year? Then worked as a temp at Pfizer? And MLB.com? The lineup makes absolutely no fucking sense. I was scattered but I was doing it. I was figuring it out on my own terms.

And it took me YEARS to figure it out.

I’m not saying it’s going to take me (or you) years to figure this one out, but it could take a lot longer than we expect. We live in a world of instant gratification and quick results, and when we don’t see those same results in our own lives, we beat ourselves up. We forget that things take time, especially things related to healing. So buckle up, and if you can, at least try to enjoy the ride. I know that’s easier said than done, but don’t let the social media “influencers” make you feel like you’re not doing enough. That’s kind of what I’m here to say. I know that I’m an “influencer” too, but you know exactly the type I’m referring to:

“HEY GUYSSSSS I JUST LAUNCHED MY OWN BUSINESS COURSE ON BUSINESS BC I LOVE BUSINESS! BUY IT FOR $299! IT’S SO AMAZING BC I FOUND MY CALLING IN QUARANTINE AND MANAGED TO GET A BUSINESS COURSE UP AND RUNNING IN 3 DAYS BC IM AMAZING AT BUSINESS BUT ACTUALLY I HAVE A TEAM OF 40 WHO HELPED ME BC I GOT THE PPE LOAN WHILE OTHERS WHO REALLY NEEDED IT DIDN’T BUT OMG YAY CANT WAIT FOR ALL OF YOU TO JOIN ME ON THIS JOURNEY WITH BUSINESS!”

Every time I opened Instagram over the past few months, someone was using “this time” to get their life together and build something new and profitable. Good for them, nothing against productivity. And if you managed to make that happen, that’s awesome. But you know what I’ve done? Absolutely dick. I have done nothing. I wrote a few more chapters of my book that I’ve been working on for like, 3 years, but I don’t see that coming to fruition anytime soon based on the fact that I’ve been working on it for 3 fucking years.

I have been literally FORCED by the government to stay home, my clients were taken away from me, and I STILL couldn’t do it. Ya know? Pulling yourself out of a rut or a slump is NOT easy. It can be done, but it takes work and frankly, a lot of mental effort that some days I just don’t have. If you suffer from depression and anxiety like I do, you’ll probably relate to this post.

So again, don’t let anyone make you feel bad about how you’re coping. I know I will get better, and I know I will come out on the other side, but I also know I need time to do that. I just don’t bounce back quickly from devastation. I bounce back, but it took me a long time to do it before, and it will probably take me a long time to do it again. And there’s nothing wrong with that. So if you don’t bounce back quickly either, give yourself a break. Just because some people have superhuman abilities to be creative in a crisis, doesn’t mean you have to. My superhuman ability is getting anxiety attacks at night when I’m trying to sleep. We all have our strengths.

If you need some encouragement though, give this a read. This is kind of where it all started for me. And I maintain that after the pity party is over, you gotta get up, get out, and move forward. Just give yourself some time to feel like shit first. IT’S OK.

Hang in there. I’m hoping the worst is over, but even if it’s not, I’d say at least by now we probably won’t be surprised. Just shrug it off as another gift from 2020.

Leave a Reply to Kate Cancel