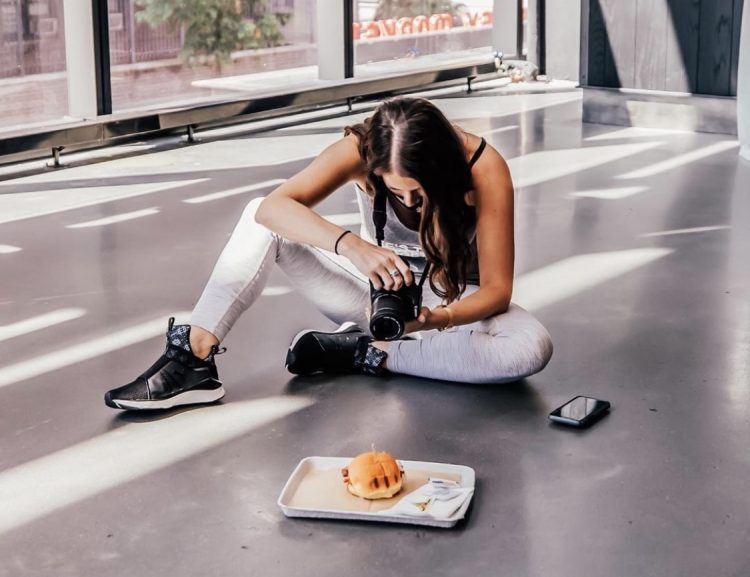 We’ve all seen this movie before. Probably 100 times. Yet no one ever watches the sequel. Let’s take the food influencer story, since that’s the one I’m most familiar with, not to mention this article on Entrepreneur yesterday got me all riled up. The scene is set:

An influencer with bad grammar reaches out to a restaurant and asks for free food & drinks in exchange for “their services” and an Instagram post. The restaurant owner rejects and eviscerates them verbally, then takes a screenshot and blasts it all over Twitter, which then gets retweeted by some angsty 22-year old who writes for Buzzfeed. Now, the influencers who are just doing what restaurants do to them all day every day, get dragged through the internet trenches only to become a social (media) pariah. Tale as old as time.

Let me set the record straight. I’m not out here defending ALL influencers. I think some of them 100% deserve a public shaming, especially if they’re rude, insensitive, or entitled. Or even more fun, a combination of all three. But the flip side that no one talks about? The restaurant owners and THEIR response. Again, before you lose your shit, hear me out. I am a BIG supporter of restaurants, especially right now since most of them are dying or have already died thanks to Covid, but this is important for them to hear too.

As a restaurant owner, if you don’t have time for influencers or don’t want to deal with them at all, that’s TOTALLY fine and understandable. You have every right to say no. But guess what? You can do it nicely and respectfully. If the influencer in question didn’t do anything wrong and wasn’t rude, there really is no reason for you to be either.

Restaurants and PR companies reach out to influencers all the time asking for free content and coverage in exchange for free food, so why is it not ok when it’s done the other way around? Just because it’s “awkward” or “rude”? That’s actually not it. It’s because this is how the industry narrative has been shaped, for years. My friend Emily over at @foodloversdiary said it best:

“Why is it socially acceptable for a restaurant to offer a meal (usually under $100 value) in exchange for coverage (arguably worth much more) and the REVERSE is what’s considered rude? It’s because we treat influencers and their platforms as a public commodity whereas restaurants have very clear ownership.”

So here’s two very important points I’d like to cover. The first one being that asking for a free meal in exchange for coverage on a successful social media platform is not that outrageous. It IS advertising for your business. It’s not FREE, but it’s the cost of a meal. Do you know how much it costs to hire a professional photographer to capture content for you? Or to run ads? I can tell you because I’m a photographer and I used to work in ad sales. Hundreds to thousands of dollars. I eventually started doing this as a job by way of consulting & photography because I realized that a plate of Dan Dan Noodles doesn’t pay my electric bill. Restaurants need to remember that as well.

The second point I’d like to make, is that not EVERY influencer account in your city and neighboring town is entitled to free food and drink from you. The reason these types of articles happen is two-fold: 1- the influencer reaches out in a rude or unprofessional manner, 2- the influencer thinks they’re entitled to more than they actually are, and probably doesn’t even tip.

A lot of influencers take advantage of restaurants and their generosity by over-ordering, especially when it comes to alcohol. These are the ones who give the rest of us a very, very bad name. And this is where you, as the restaurant owner, have to do the work and lay down guidelines for influencer marketing.

I’m a social media manager for restaurants AND an influencer, so here’s my first bit of FREE ADVICE for the restaurant owners: limit influencer visits to two people, and offer them one drink per person in addition to their meal. I tell ALL of my clients to operate under this rule to avoid over-serving. If the influencer doesn’t like that stipulation and pushes back? Tough shit. That’s how you weed out the ones who are in it for the free drinks. We make the exception for certain influencers depending on follower size, content, and engagement, but most of the time, this is the deal.

And my message to the influencers? We are in the middle of a pandemic and restaurants are hanging on by a thread. If you want to support them, do it right. Tip well, order takeout, buy a gift card. If they are agreeing to give you free food and alcohol, of ANY portion size, you should be grateful. Hopefully you enjoy your meal and share it on your platform to encourage your following to visit. But this is an exchange of services, not an excuse to get lit with your friends who “just happened to be at the next table” and you invite them to join you for your comped experience.

Yes, that actually happened to one of my clients. It was infuriating. BUT, I’ll admit that I was also angry at my client (the restaurant) for not telling me while it was happening, so I could have told them to put a stop to it. Some restaurants fear influencers because they don’t want a bad review. If an influencer slams you for not giving free food to their friends, that’s not an influencer you need to be worried about.

Influencer marketing is said to be worth $15 BILLION by 2022, up from $8 billion in 2019, according to Business Insider Intelligence estimates and this report from Mediakix. For all the money that this industry is worth, and how much emphasis is put on its importance, it’s shocking that there aren’t more rules in place when it comes to restaurant influencer marketing. And that desperately needs to be changed.

As a restaurant owner, you have to decide if this is something you want to be a part of, and if you decide that you want to be a part of it, you have to figure out how much time and money you can dedicate to it. If you don’t have the time but you have some money, you can hire someone to do it for you. *raises hand* If you don’t have the money and are going to handle it in-house, that’s fine! But do your homework on these people. This shit can be very easily avoided if you know what you’re doing.

And as an influencer, you need to know your place. I’m sorry to be blunt but it’s true. I’m not even talking about follower counts (though obviously that’s a factor too), it’s more about your approach and your content. If your account is about vegan food, don’t ask for a comp at a BBQ joint and then complain publicly to your following that they didn’t have many vegan options. Or if you bought your followers, you have ZERO right to be asking for anything. Be self aware.

A big part of my job is moonlighting as an influencer researcher. I had a girl with under 5K followers come to one of my clients recently because she had AMAZING photos and a great personality to her feed. Normally my clients say no to anyone under 5K, but I thought she brought a different value to the table, and she was super respectful and professional in her approach.

On the other side of the coin, I’ve had accounts with 50K+ followers reach out to my clients and ask for a comp, but their photos were awful, their captions were useless, and I just didn’t think they were a good fit. Just because you have a lot of followers doesn’t mean shit to me, and restaurants should take note of this too. It’s the CONTENT and the ENGAGEMENT that matters.

When a restaurant reaches out to me and I don’t post about what they’re offering organically, it’s usually a no from me. Like desserts. I’m not a big sweets gal. I like them occasionally, but it’s not the majority of my content, so usually I say thank you and politely decline. Or I’ll try it out and do some stories. There are literally dozens (probably hundreds) of accounts that are better suited to promote your business. DO YOUR HOMEWORK.

I could go on and on about this, but I’ll stop here. This is a business, and if you want to be taken seriously, you have to learn how it works. This goes for both sides: do your research, learn how to write a good pitch, and know your value.