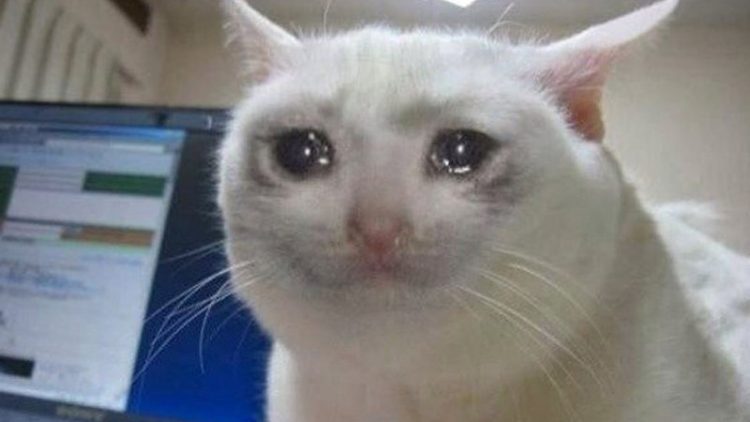 I am going through my own personal hell currently, so while I work on finding the courage to talk about it, I asked all of you fine folk on Instagram to give me some of your favorite new shows/movies to lift my spirits. A lot of you asked me to share the recs, so I figured I’d just throw them on here so you have them all in one place. Along with my commentary that no one asked for. You’re welcome.

Ok here you go (in no particular order), and I put an asterisk* next to the ones I’ve seen.

Ted Lasso – Apple TV – most recommended honestly, but I don’t have Apple TV so FML.

Man With a Plan – Netflix

The Good Place* – Netflix – currently watching this and enjoying it. The writing is funny. Also let’s hear it for Ted Danson.

A World of Calm – HBO Max

Chef Show* – Netflix – watched it, loved most of the episodes. Will make you hungry.

Friends From College* – Netflix – watched this a while ago, liked it a lot but could be triggering if you have cheating partners, just sayin.

Schitt’s Creek* – Netflix – can confirm, loved this show. David is hilarious and I want him to be my friend.

The Marvelous Mrs. Maisel* – Amazon Prime – LOVED the beginning seasons, but kinda lost it for me as it went on. Her character can be a lot to handle sometimes.

Veep – HBO Max/Hulu – political but very funny, from what I hear.

Veronica Mars* – Hulu – actually really enjoyed this too but never finished the whole thing. It’s old, and it’s long. Because back then shows had like 27 episodes per season.

New Girl* – Netflix – loved this show, but it took me a minute to get past how annoying Zooey Deschanel’s character is sometimes. Schmidt makes the show. Yea I said it.

The Office* – Peacock – DUH the best show ever (kills me that this is no longer on Netflix).

The Cabin with Bert Kreischer – Netflix – he’s funny but sometimes I just wish he would put his shirt on so I don’t know.

Arrested Development* – Netflix – started this but never finished it. I know, I know, let me live.

Brooklyn 99* – Hulu – loved this show, but also never finished it.

Imposters* – Netflix – not sure I’d call this feel-good, but it was good. Entertaining for sure.

Letterkenny* – Hulu – this was very funny but I never finished it

Pen15* – Hulu – if you’re an 80’s/90’s kid like myself, this will bring back so many awkward but hilarious memories like AOL and AIM. It’s just weird watching women my age (30’s) play teenagers. Like bitch we can see your crow’s feet. Not judging bc same but like, come on.

Modern Love* – loved this show but it will make you cry a lot so I’m not sure I’d categorize as “feel-good”. I guess they’re happy tears. I’m just kind of against ALL TEARS at the moment.

The It Crowd – Netflix

Surviving Death – Netflix – “not necessarily ‘feel-good’ but fascinating” – literally two people described it the SAME exact way, which is also quite fascinating.

Anne with an E – Netflix

Emily in Paris – Netflix – this just looks annoying but I bet it’s enjoyable.

The Kominsky Method* – Netflix – agree this was good, and I didn’t expect it to be.

Crazy Ex-Gf* – Netflix – really liked this show a lot actually, but sometimes the songs annoyed me so I would skip through them. Really enjoyed the writing though.

Almost Famous* – Amazon Prime – my favorite movie of all time!! If you love classic rock and Cameron Crowe, watch it.

Miracle* – Disney+ – one of my favorites. It’s a hockey movie but it doesn’t matter. Very uplifting.

Big Night – Netflix – this is kinda old but it looks like it has to do with food, so I’d prob like it.

Molly’s Game* – Netflix – fuckin great movie but not sure I’d describe it as “feel-good”? Still worth a watch and based on a true story.

Kurt Cobain: Montage of Heck – HBO Max – UPDATE: I watched this and it is HEAVY. I kind of had a feeling it would be considering the man killed himself but still. If you’re triggered by depression/suicide talk, I do NOT recommend this. It’s good, but it’s sad. The person who recommended it said “it made me want to be more kind to people” and I can appreciate that, but you’ve been warned. Definitely not a happy silver lining situation.

Green Book* – Hulu – confirmed, loved this movie and the message.

Chef* – Netflix – one of my all time favorites. Inspiring. And if you want to make that sexy garlic/olive oil pasta, click here for the recipe.

Fresh Off the Boat – Hulu

Book Club* – Hulu – this is def a “girl” movie but I liked it a lot. Also the first recorded use on the importance of “arm tickles”.

Apocalypse Now – this must be a joke.