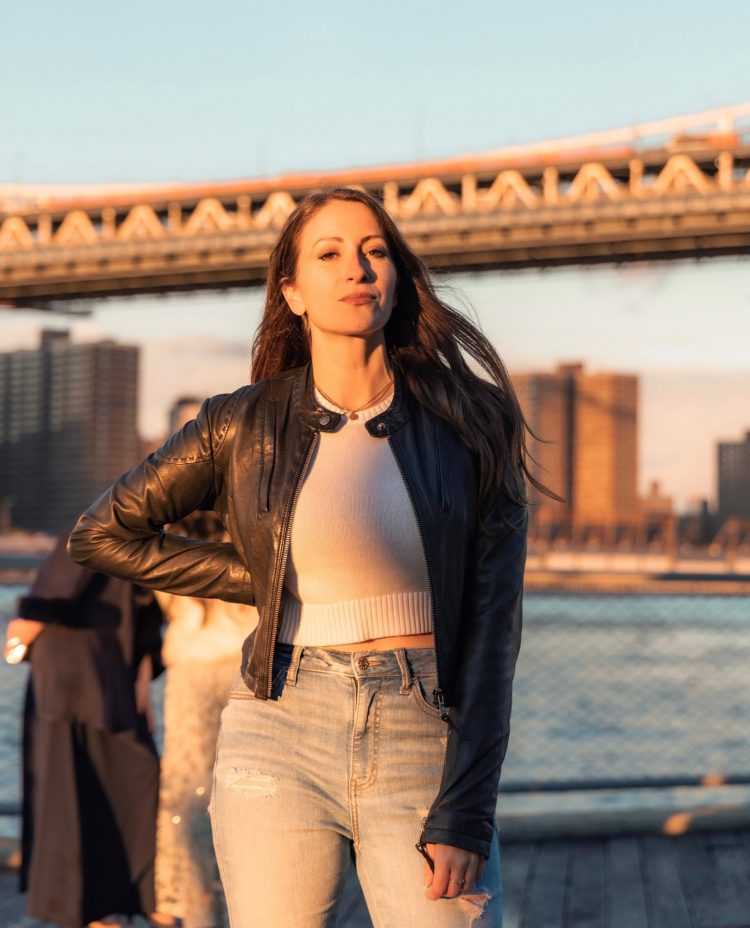 HELLO! Lovely to see you here, fellow misfit. I’d like to take a moment to walk you through my journey from blogger to photographer to marketing consultant and now to a combination of all three. Some might call it a hat trick, I call it multi-passionate.

I have been creating content for over a decade now. I started out as a food blogger in 2008 while simultaneously working a full time job in digital ad sales and marketing, then I left that field in 2015 (just kidding I was fired) to pursue my passion with cooking and writing. And taking pictures of my food. That last part is important.

In 2011, I discovered Instagram and I was obsessed with it. Lo-Fi and Kelvin and Clarendon filters, oh my! By 2014, iPhone cameras had gotten a lot better and I thought “this looks like a cool place to house my food photos,” so that’s what I started using it for.

In the beginning, it was new and exciting. The feed was chronological. If someone posted on Instagram, you know they did it right then, at that exact moment. You were getting a LIVE look into someone’s day! It was really cool. There were no automated schedulers, no curated feeds, just nice photos and captions. Some were long, some were short, some were terribly written (not mine, sorry but I know my strengths), and it did not matter. It was it’s own thing and it was just starting out…kinda like me.

I really connected with this app and I found myself dedicating a lot of time to it, albeit unconsciously. I would snap a photo, upload it, write something witty or silly, and go on about my day. Entire process: 5 minutes, maybe 6. And I posted twice per day usually. Sounds like a lot but it never felt that way. Why? It was easy and there was only ONE option for a post: a simple, static photo. Sigh, I miss those days.

Now we have static posts, static carousels, videos, Reels (which are different than videos LOL), IG Live, IGTV (which is prob dying), stories, music options…it’s A LOT and if you’re new to it, I get the overwhelm. Anyway, I digress.

One night, I got reposted by Food and Wine magazine on Instagram. Yes, Food and Wine magazine saw my photo and thought it was worthy of reposting on their account. It was a picture of a fried ravioli sandwich that I named The Holy Ravioli (I did #foodporn before it was grossly oversaturated) and I gained over 2,000 followers in one night. One. Night.

Fast forwarding to now for one second…this does not happen anymore. I get reposts from brands still, but that kind of growth is almost unheard of now; a repost does not deliver the same results it once did. Not even close. Perhaps if you got one from Kim K or Britney Spears it would, but that will bring you a bunch of people who give a shit about THEM, not YOU. And at the end of the day, you want your followers/clients to be engaged with YOU. But we’ll save the “Front Runner Follower” conversation for another day.

After that night of follower explosion, things just kept going up. Don’t forget, this was a very different time for Instagram and social media in general. Food bloggers were not defined as “anyone with an iPhone” yet, and there were really only a handful of people that posted this sort of content.

Do I think there was an element of “right place, right time” that contributed to my early success? Absolutely. My mama didn’t raise no fool. BUT was I doing my part by being consistent on the app, putting out high quality/unique content, as well as engaging with others (and cursing too much)? DAMN FUCKIN SKIPPY I WAS.

After all this time, one thing remains the same about social media: it likes consistency and frequency. I have had weeks where I feel like I’m being consistent and I still lose more followers than I gain, but the problem isn’t what I’m posting or when I’m posting, it’s WHY I’m posting.

I post sometimes because it’s my JOB, not because I’m just so excited to post, which is the way it used to be (and in a lot of ways, should still be). Anyone who does anything for an extended period of time is bound to grow bored or feel complacent eventually. Remember when Michael Jordan played baseball? I bet boredom had a hand in that. And you know what? I don’t blame him one bit. It’s hard being put in a box and expected to stay there FOREVER. Even the largest brands and companies evolve over time. It’s normal, if not necessary.

That said, technology moves a lot faster than humans do, and social media has become an absolute BEHEMOTH that is ever-evolving, rapidly. BUT WE ARE NOT THE MACHINES HERE.

When you search for TikTok and IG growth hacks online, 9 out of 10 “experts” will advise you to post 3x/day for TikTok, and at least once per day for IG. Hey guys here’s your calendar! Make: 2-3 Reels per week! 2 carousels! 1 static! 19 TikToks!

I’m sorry but, what if you have a day job? Or kids? Or a LIFE? What if you just can’t possibly think that fast and come up with minimum 21 ideas PER WEEK? I struggle with finding ONE IDEA PER DAY and I have no children and no husband. Are you kidding me?? Batch editing and repurposing content is helpful and I admire people who can survive as content machines, but that is NOT how I want to live my life.

So my theory is that the boredom we feel for social media is actually not even boredom, it’s frustration with not being able to keep up. For most people who want to get into this game, they give up before they even start for this very reason.

Raise your hand if you’ve ever felt like the second you finally got the hang of something on social media, a new thing came along that you had to learn.

Yea well, same. I’m not shy about my age (37) and I consider myself relatively tech savvy. I’m no Gen Z-er, but I do pretty well for someone who had no clue how to edit a single video a few years ago. Now? I make Reels/TikToks every week for multiple clients and can pull them together in just a few minutes using InShot. There are apps for almost anything, and I share a bunch of my favorites right here in this article. Also don’t forget about YouTube tutorials! I may or may not have learned how to use Adobe Premiere thanks to YouTube.

Back then, it was easier to be consistent and frequent with your social media when you only had one option to choose from. And it’s no wonder many of us feel completely burned out from it. This doesn’t mean you should resist change, just find a way to embrace it. Maybe even have fun with it again. For me, it took a while to get to that point, but I found that saying “fuck it” helped a lot.

So what I’m trying to say is…you can chase social media, or you can pave your own way with it. Create YOUR OWN posting schedule, find YOUR ideal audience size, and post the content YOU feel good about. And most importantly, be consistent while understanding that IT TAKES TIME. Don’t give up just because you posted a few times in one week and didn’t gain 1,000 followers in that time. You can, but you have to TRY and put in the effort.

I created a career out of managing social media for small businesses. Someone who used the Lo-Fi filter on every photo in 2014 is now responsible for the growth and online presence of numerous small businesses in the NYC metro area. If you needed some motivation today, there it is. Truly, anything is possible. But don’t underestimate the power of patience and education.