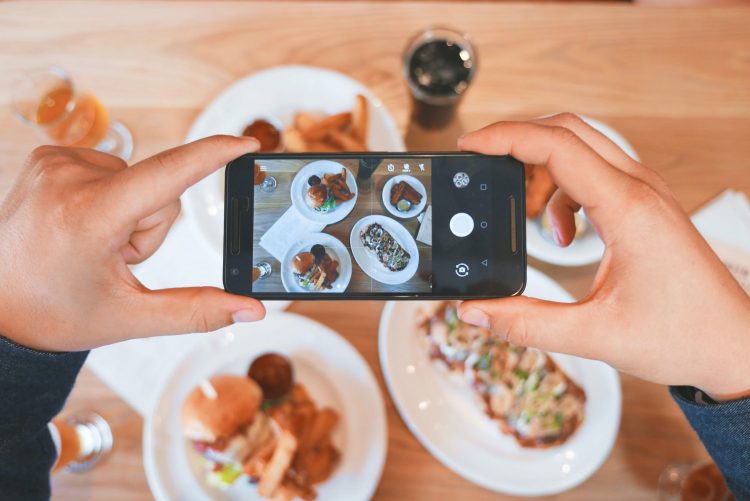 If you are a creator, brand, or small business owner, there’s a good chance you’ve heard the term “pod group” before (they’re sometimes referred to as “Engagement Pods” as well). I was actually surprised at how many people reached out last week wanting to learn more about them, so here’s a quick deep dive you.

An engagement pod is essentially a group chat of creators on Instagram. Every time someone posts, they DM the post to the pod, and everyone in the pod is supposed to like/comment, and maybe even save it. The pod usually exists within Instagram (a group DM) or sometimes, for the extra paranoid, they use WhatsApp or Signal. Signal makes more sense considering FB/Meta owns WhatsApp too…but I digress.

This idea started right when Instagram switched it’s algorithm from chronological to whatever-the-fuck-it-is-now back in 2016 or so. The “goal” of the pod group was to help boost your “importance” to the algorithm by giving you a nice amount of GUARANTEED likes and comments within minutes of posting. Sounds like a decent deal, right? Well, not so fast.

Imagine you’re standing in a circle of people, half of whom you don’t know, feeling awkward as it is. Now, imagine someone jumps in the middle of the circle and starts talking about the circumference of their morning poo. WTF?! You want to run away, but you can’t. In fact, you HAVE TO cheer them on and tell them what a great job they’re doing. Feels a little shitty right? No pun intended. Just kidding it was absolutely intended. And now you know how a pod group feels sometimes.

Editor’s note: no one I’ve ever known from a pod group has talked about their poo, I was just being dramatic to get my point across.

All kidding aside, I can speak to this because I joined a pod group a few years ago in 2020 for about 6 months when life looked bleak and I had lost most of my restaurant clients. The guy who reached out was nice (I didn’t know him personally though), and I know a lot of my IG peers have used them, so I figured, why the hell not?

Within a few weeks, I discovered a multitude of frustrations with it, but the main one being that it takes up a lot of your time. People posting every day in a group of over 25 people means that you have to be liking and commenting multiple times per day, and more than half the time it’s on posts that you don’t even resonate with or LIKE. That part always felt really inauthentic to me and it made me want to die a little inside. There were a few people who couldn’t photograph food to save their lives, couldn’t write, couldn’t really do anything decent with content (sorry but it’s true), and I would always try to comment on something besides their photo. More on this in a few…

The next point of frustration was that a lot of people don’t check the group chat regularly, which sort of defeats the purpose. Some of them wouldn’t check for 5 days and then spam my account with likes and comments on my recent posts. While this isn’t terrible behavior and still counts towards engagement, it’s just annoying because you know they’re only doing it because they “have to.” Add another brick to the inauthentic pile.

Now, as a social media manager for brands and primarily restaurants, one of the aspects of my job is vetting influencers for comped meals (which we talked about last week on Substack), and I can tell almost immediately if someone is in a pod group.

Here’s how: the comments are from the same people, and a lot of times they are the same comments on each post. They have so many to keep up with, they create shortcuts in their keyboards for them.

“Wow I want that now”

Now, don’t get me wrong, I have 100% left all of these comments on my friends pages before at one time or another, but I try really hard now to make it a bit more effort and tailor it to the content. I might be one of the last few people on earth to do this, but I read captions. At the very least, I mention the name of the dish or something else in the photo/video that jumped out at me so they know I’m paying attention. If the person is in it, I’ll focus on them too and add something about their hair, outfit, etc.

But sometimes you really do just “want a damn bite of that asap.” I get it.

My favorite moments from the pod groups were when I would post something NOT FOOD RELATED and people would still leave the aforementioned food comments. Nothing says “I don’t give a shit” like a strategically placed “OMG YUM” on a post about my cat when he died. That actually happened. It was incredible. But obviously I deleted it.

Lastly, I think the thing that sucks the most is IF you choose to leave the pod, your engagement will take a serious hit. Hate to be the bearer of bad news, but if they don’t actually care about you or your content, they’re going to forget about you. It creates a bit of a toxic mentality because you feel kind of stuck, like you “can’t” leave them.

But here’s what I can tell you from my experience: my engagement definitely took a hit after I left, but only for a short period of time. Eventually it picked up again, and it picked up from people I know actually enjoy my content and pay attention. I’d rather have 20 people who care than 200 who don’t.

Now, for some pros of the pod group!

Believe it or not, there are a couple pros, and they are in the discovery area aka you might actually find some accounts that you didn’t know before. I have made some new virtual friends through that pod group, and I probably would not have discovered them otherwise. Same goes for new restaurants, my mentality was, “I may hate their photo, but that restaurant looks good.”

Additionally, in terms of engagement, it does help your overall number, but again, if you have a brand or social media manager who knows what they’re doing, they can clearly spot this. Some people don’t care though, because eyeballs are still eyeballs, ya know? Depends on who you’re working with.

For me, the cons outweigh the pros. I don’t judge you if you’re in one, because I totally get it and the algorithm has made it impossible to reach people the way we used to. But if you’re going to stick with it, I would urge the folks in your group to actually pay attention to what’s being posted and change up their comments so it’s not so damn obvious. If you’re gonna try and beat the algorithm, you might as well do it wisely.

And last bit of advice! If you do join one, maybe try one that isn’t just people in your niche. If you’re a food content creator, see if there’s a lifestyle group you can join, or something else that interests you, like photography. Expand your horizons a bit and see what the other genres are up to. Search those comments on your favorite creators posts; you should be able to tell by now who is in one.