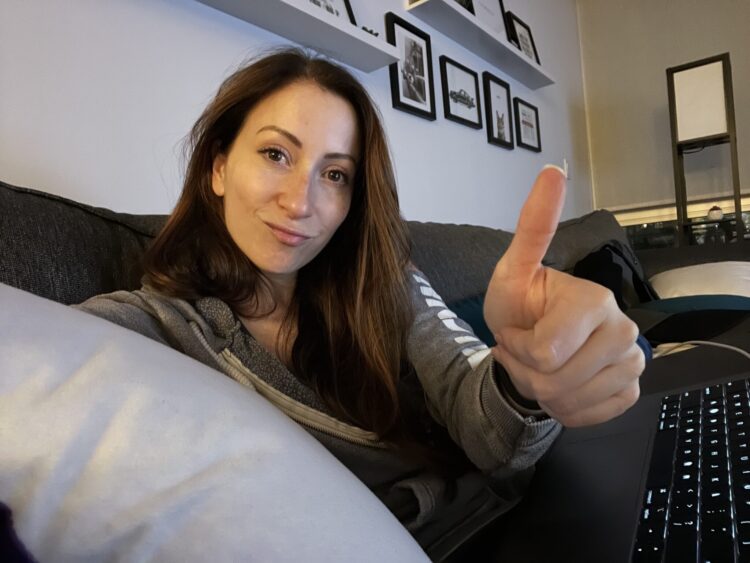 Hi friends! Been a while. I have had an entire day to take care of the things I need to do and guess what I did? About 3 of those 12 things. And those 3 were the least important of the bunch.

Instead of getting shit done, I became irritable and anxious, then became incredibly tired, then started a bunch of different tasks at once, never finishing any of them. After all that, I just shut down completely and did nothing. Some of you may read that as me just being irresponsible and lazy (or nuts), but it’s actually a real thing that people with ADHD (like myself) experience from time to time. I take medication and it still happens. And when it does, it ruins my entire day.

In a special case like today, where it feels unnervingly hard to shake, I attribute it to a fun little thing called “analysis paralysis.”

Now, there’s your regular garden variety analysis paralysis, which means you just think about something for too long, so you end up doing absolutely nothing about it because you end up overanalyzing it instead. Annoying but, it’s usually specific to one problem, one time, and you can move past it.

For those with ADHD analysis paralysis, you can overanalyze not just one thing, but many things, to the point of talking yourself out of them entirely. This can cause stress, anxiety, fatigue, irritability and social isolation. This has happened to me more than once, and it happened today. I cancelled plans with a friend tonight simply because I was in such a shitty mood from not being able to get my life together. It sucks, but I’m unfortunately used to this.

As someone who lives with ADHD (and a pretty legit case of anxiety/PTSD too), I have a hard time hitting that “go” button sometimes, especially when the task in question involves me doing something that takes a long time, has a lot of “little” steps, and takes a lot of mental and/or physical energy. If I don’t break down the steps and know EXACTLY what I’m doing and how long (approx) it might take, I will push it off and push it off until I no longer have the time to do it. And wouldn’t you know it, there is my baked in excuse to not do it anymore: “I don’t have time now.”

The fact that this is mostly my own fault is not lost on me, but it’s also not something I can control 100% of the time. I take medication to help me “focus” (let’s be real, a large amount of the population does at this point), but there are still plenty of days where I simply cannot do that. And unfortunately, I never see them coming, either.

To make matters worse, after a “bad day” like this, I beat myself up for not doing the damn thing. Or things. It’s an annoying, vicious cycle. And it happens often lately because this tends to creep up at times of increased stress or change. I’m working on a few projects right now that are stressing me out (even if they’re exciting), so I can’t say I’m surprised this is happening.

I never talk about this much, but I wanted to today because I’m sure I’m not alone here. And I know it’s comforting to know there are others out there who deal with this too. Additionally, I’m usually able to snap myself out of it a little, so I thought I’d offer some advice on that as well.

First off, write out a to do list. If I don’t do this every morning, I would do nothing. I would never remember shit. If it’s not in my calendar, I’m not going.

If you’re looking at one specific, large task, try to start with the least aggressive thing WITHIN the task. In my case, I needed to buy ingredients to make a recipe today, so I went food shopping and at least got one annoying part of it out of the way.

But quick side story, do you want to know what getting out the door looked like?? 20 minutes of changing my shoes, changing my sweaters, brushing my hair, brushing my teeth. Then standing in place for 5 minutes staring at my car keys. I wish I was kidding. Then I did the Mel Robbins thing aka said out loud, to myself, “5, 4, 3, 2, 1…” grabbed my keys and left. SUCCESS.

Then, what’s the next thing on the list you can check off? In my case, it was “just chop the damn vegetables.” I took out the vegetables. I laid them out on my cutting board. Then I stared at them for a while because I immediately thought about what I had to do after that and I got angry about it. “But I don’t want to dirty that pan and clean it later,” I said to myself, “maybe I can do this tomorrow? Why do I need to do this now?? OMG FUCK OFF DARA CUT THE DAMN CARROTS.”

And I did. Mire poix into the sheetpan. Chicken followed. Finally we’re on the move.

Just go to the next simplest thing and do it. And so on until you’ve completed said task. And update on my end: the chicken/veggies are out of the oven! PROGRESS.

When I don’t have structure, my plans can seem really overwhelming. So much so that sometimes, like today, my brain will get SO foggy that I actually get tired (despite the fact that I literally take prescription drugs to keep me alert) and I will need to just completely disconnect, sit on the couch and zone out for a while. It’s borderline embarrassing to admit this, because it makes me feel like a child who can’t behave and needs a time out.

When that happens, I try to do something I learned from the book “Atomic Habits” (great read, you can buy here on Amazon). Essentially, I set myself up with a little “reward” if I do XYZ, which gives me a bit of motivation. For example, if I finish one thing on my to do list, I get to watch 20 mins of a movie I want to watch. This might sound insane to some of you, but this is sometimes how I get through my to do list. Bit by bit.

As you can see, this is something I struggle with regularly, especially when it comes to the creative process for filming skits. I know I have to write the script, plan the shot list, film, edit, etc. It’s A LOT. But if I plan it right, it’s usually not THAT difficult once I get started. It just takes time and effort. But anything worthwhile takes time and effort!

So anyway. I hope that helps you a little bit, if you deal with ADHD or just feel stuck in an irritable, anxiety-driven spot like I did today.