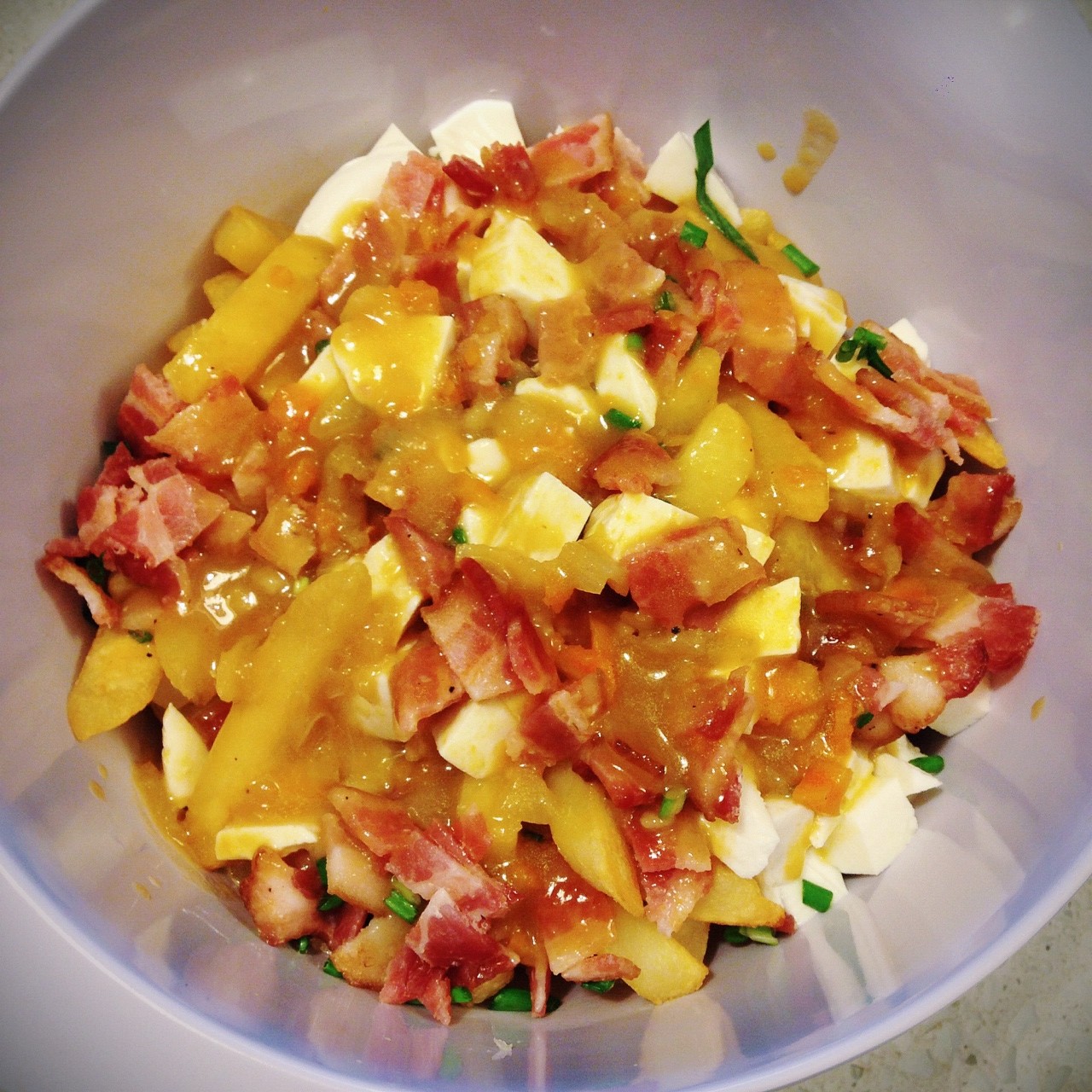 Let’s take a moment and give thanks.

Thank you Canada for making something as delicious as poutine.

And thank you America for giving me the inspiration to make something unhealthy even unhealthier, on my favorite holiday. I actually came up with this recipe a while ago, and I’ve been sitting on it for the appropriate moment. Well, I think that moment is now. Poutine is a heaping pile of french fries, topped with gravy and cheese curds. Aka a triple threat of deliciousness. To elevate it to new heights of artery clogging, I decided it might be fun to stuff that shit into a pie crust and bake it. Nothing says AMERICA like a big ol’ pie. Oh and of course I added bacon and made the gravy from bacon fat. MURICA. Thanksgiving is upon us tomorrow, and I’m cooking up a feast for my fam. Will Poutine Pie be on the menu? You’re damn right it will be. This is my house and I don’t fuck around.

NOTE: I like to make most things from scratch, but in this case, I am using frozen fries and ready made pie crust. Just to make my life a bit easier. I don’t see the need to make fries or crust from scratch for something like this. However, I choose to not cut corners when it comes to gravy, but that’s because I happen to make an awesome gravy. We’re proud of our gravy in The Skinny Pig house.

2 frozen pie crusts, thawed (but leave in the freezer until you’re ready to assemble)

2 cloves garlic, left in their skins

1. Make gravy. This part may seem odd, but just trust me. Preheat oven to 400. Throw carrot, onion, and garlic in a shallow roasting pan and toss with 1 tbsp olive oil, 1 tbsp butter, 1 tsp sea salt, and 1/2 tsp black pepper. Lay 3 slices of bacon on top. Roast for 35-40 mins until nice and soft. Bonus: your house will smell amazing. 2. Remove bacon and set aside. Squish the vegetables a bit in the pan using the back of a fork. Again just trust me here. The veggies not only add flavor, but they act as a thickening agent as well. Scoop out veggies and set aside.

3. Pour the can of beef stock into the roasting pan that held the veggies. Scrape up any bits on the bottom and mix it around.

4. Heat the veg oil in a saucepan over medium heat. Add the mushed veggies and saute for 2 mins.

5. Add the flour and butter to the veggies to make a roux of sorts. This is your main thickening agent for gravy.

6. Add the stock from the roasting pan to the veggie-roux in the saucepan and let simmer on medium-low heat for 10 mins or so.

7. Strain gravy and veggies through a mesh strainer over a bowl. Mush the veggies again to get all the gravy out and through the strainer. Add the gravy back to the pot and it should be mostly smooth. I personally like to keep some of the veggies in the gravy though – I think it adds the most flavor. BOOM. Bacon-beef gravy. NOW this is where it gets stupid simple.

9. Thaw the pie crusts. This means do nothing. So in the meantime, chop the bacon, chives, and cube the mozzarella.

10. Add frozen fries to sheetpan and bake according to directions. When they’re done, throw them in a bowl with gravy, cheese, bacon, and chives. Mix together a little. 11. Pour fry mixture into pie crust. Top with the other pie crust and try your best to seal it on the sides (crimping the edges with a fork usually works).

12. Inscribe with your favorite messaging. I chose “NOM”. I also realized this looked a lot creepier than I thought, so just make some slits on top to let the steam escape. Pop it in the oven for 20-22 mins until the pie crust is nice and lightly browned. 13. LET IT COOL. You will NOT be able to slice this when it’s piping hot. Trust me, I tried. But when it’s cool, slice it up and enjoy the bacony, carby, gravy-y goodness. YAY AMERADA. Or CANICA. That’s if America and Canada got together.