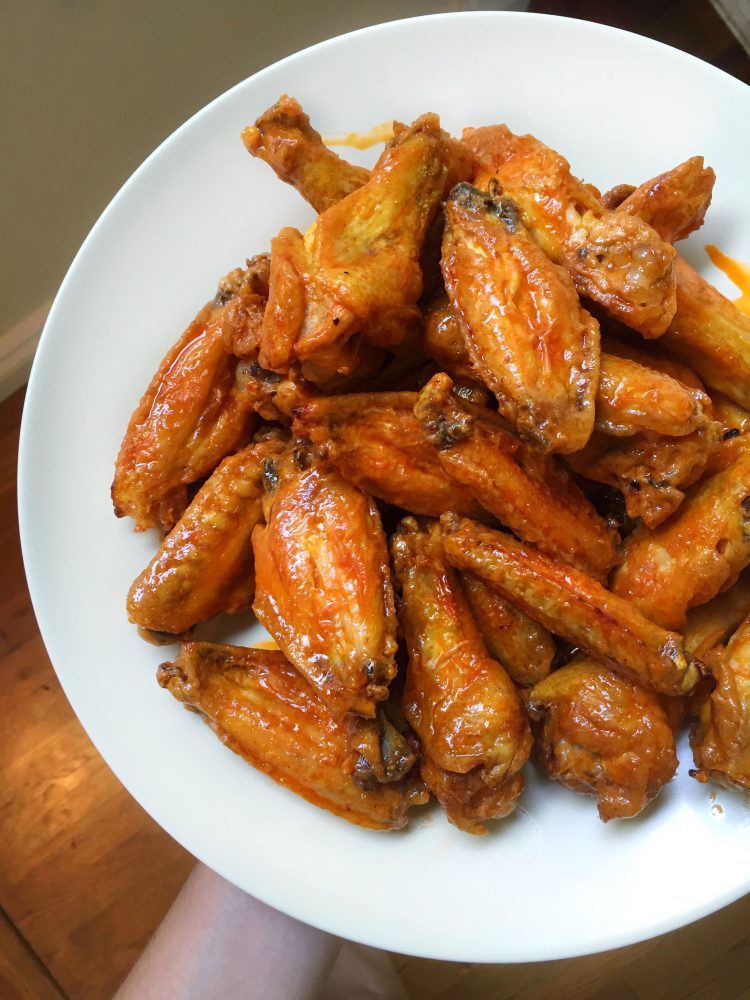 As I wave goodbye to summer with my (slightly) tan hand, I pause briefly for a moment of reflection. This summer was filled with food and laughs, but I’m so beyond ready for Fall. And no, it has nothing to do with PSL’s and boots. I’m not THAT basic. It’s because I haven’t stopped sweating since June. It’s gross and I’m over it. That said I’m sure I’ll be bitching about the cold in no time. If I’m not homeostatic all the time, I’ll be complaining. What I’m trying to say is, I’m really pleasant to be around.

Weather irritability aside, the one thing I can always count on is Football. And most importantly, FOOTBALL FOOD. I cook a lot of it which is probably the only reason I still have friends.

These are a few of my favorite things. And I’d like to share my recipe for buffalo wings.

I didn’t intend for that to rhyme but I’m glad it did. This is the first time I’ve ever released this recipe, and I’m telling you, you will thank me later. Everyone is obsessed with these wings, and it’s not that hard to see why, if you know anything about cooking. Even if you don’t, it’s still easy to see why. I think.

I use the “boil & broil” method. I know you’re probably shocked that I don’t deep fry them, but I’m telling you, this is the way to do it. It just infuses the wings with flavor from the inside out. You CAN fry them after boiling if you want though. Trust me, I’m not stopping you.