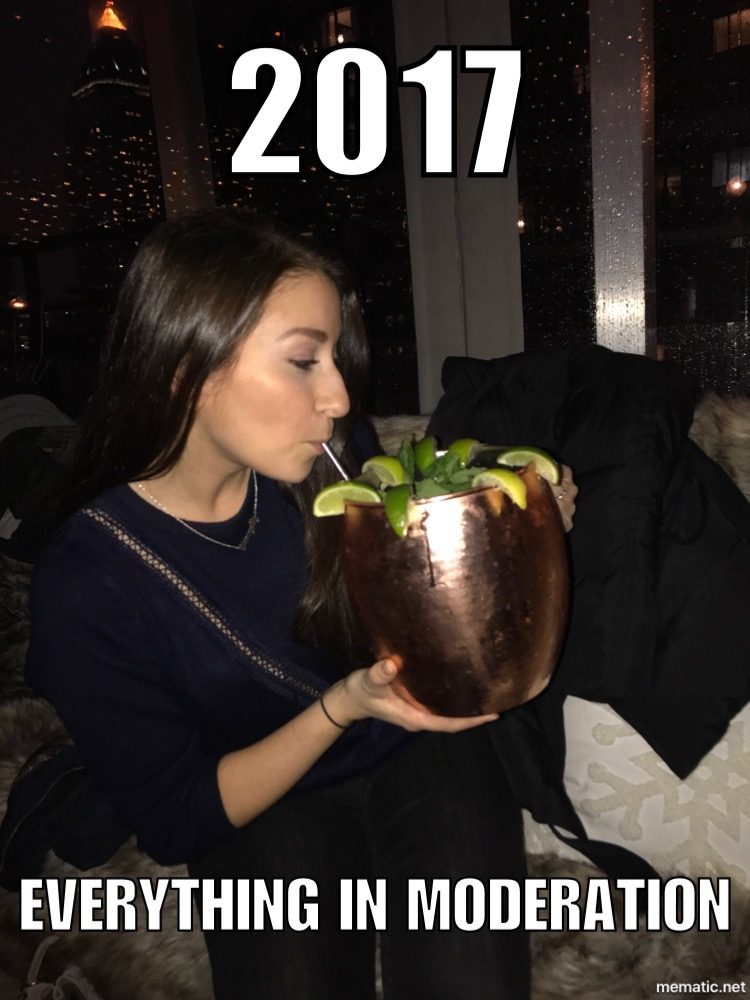 I hate the idea of resolutions. They’re forced and let’s face it, hardly anyone actually sees them through. I get the whole idea behind “new year, new you”, but guess what? If you were a piece of shit on December 31st, 2016, chances are you’ll still be a piece of shit on January 1st, 2017.

Sorry, but…why does it have to be January in order for you to get your shit together? Is there something fundamentally wrong with every other month that prevents you from losing weight, quitting smoking, or learning to cook?

NOPE. But thanks media and society for brainwashing us into believing we are determined and capable human beings for only the first month out of the entire year.

If you find that the new year gives you motivation to take charge of your life and do something good for yourself, then by all means, run with it. But if you lose your grip on it and fall off the resolution wagon, here’s a tip that will blow your mind:

YOU CAN HOP BACK ON ANY OLD TIME.

February! April! EVEN OCTOBER!! You can be good to yourself, your body, and other people all days and months throughout the year.

So now that I’m done being a wise ass (for now), I’d like to propose a new “resolution”: DON’T MAKE ONE. And if you do make one, make it a state of mind you’re working on adopting. I think overall that’s the healthiest option. I’m all for goal setting, but a lot of times that can be a real good way to get depressed IF you don’t achieve said goal. It’s like setting yourself up for failure. I like to make my goals in attainable terms and reasonable timelines. I also make them in a short list (similar to a To-Do List), so it doesn’t feel as overwhelming.

Let’s call these “New Resolutions” instead of “New Year’s Resolutions”. Yes I like that. *pats self on the back*

Good luck and Godspeed, kids. You can do it.