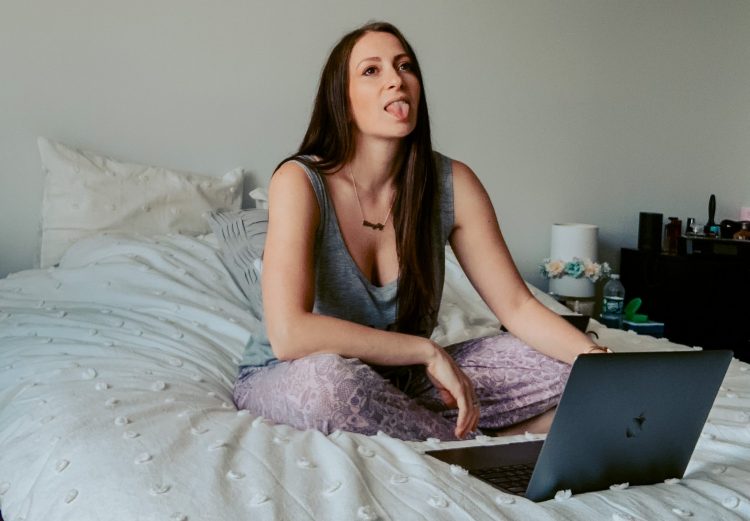 GASP. Starting off 2021 with a pinch of cynicism, just the way I like it.

Sorry to be blunt, but let’s be serious. People put such lofty goals and resolutions upon themselves every year that most of the time, they don’t achieve them or even come close. Why is that??

Well, to break this down as simply as possible, it’s an issue of size. I don’t mean literally, but figuratively speaking, when you set a monstrous goal for yourself, it seems scary, daunting, and unattainable. “I want to lose 25 lbs” or some iteration of weight loss attached with a number is probably the most common resolution. Why is it the most common? Because few people actually DO IT. Every year people try, and every year people fail. It’s not because they’re destined to be fat or out of shape forever, it’s because they don’t approach the goal the right way.

If you treat resolutions/goals like big scary monsters under your bed, then you will react to them as such (i.e. you’ll run away screaming, pee yourself, and probably start sleeping on the couch).

Ok hopefully you won’t pee yourself, but you get my point. I’m speaking in metaphors here.

So how do you actually achieve one of these resolution things?? The answer is be specific and most importantly, start small!

First off, let’s replace “resolution” with the word “goal”. There’s one small change I already feel good about. Resolution just sounds big, doesn’t it?? And it has way more letters, it makes sense.

If you make one small change per day (or per week, whatever) towards your goal, eventually it will become a new habit and hopefully part of your new lifestyle. They say it takes 2 weeks to form a new habit, so try putting that theory into practice.

For example, cutting out soda from your diet is enough to put you on the right track to eating healthier. I’ve said this many times, but sugar is truly terrible for you, and you will notice how much better you feel when you cut back on it. Then, once you accomplish that change, you can add another small change like swapping fries for a baked potato. It’s the little things like this that will add up over time and help you course-correct the habits you want to change.

This method works well for me, and studies have proven that making small choices every day have a better shot at achieving your goals in the long run. The Transtheoretical Model (TTM) developed in the late 70’s is a good example of how this works, which you can read about here.

The problem with something like the TTM is that it’s MUCH more drawn out and actually takes effort to put into practice. No one enjoys actually taking time to do anything these days, which is why resolutions are so popular. They sound sexy and finite, which is honestly probably the dumbest part about them in the first place. If it sounds like a trap, it probably is a trap.

People get excited about “losing 25 lbs”, because that image of the “new you” puts a smile on your face. But if it were that easy, why wouldn’t everyone do it? Because most people don’t actually stop and think about the work it takes to get there.

I lost 25 lbs once, and it took almost a year to get there, including significant diet changes, regular exercise, and most importantly, mental preparedness. I was sick of not being able to fit into my jeans (up to size 29 from 26, which is significant for my 5’5 stature) and looking puffy in photos (see below). I was DONE. I was ready to make the tough decision to change my habits and get there. I went a little overboard and got down to 115, and now I’m happy around 125.

If you’re not truly prepared or ready to make a life change towards your goal, then just don’t set one. No one is watching. No one is judging. We had a rough year, and you’ll likely just be setting yourself up for failure, which will lead to depression or disappointment. We don’t need more of that. You’re allowed to give yourself a break and play these cards a little differently this year.

I’m not saying you should use 2020 as an excuse to sit on your ass and do nothing, but you can make way, way better use of your time towards goal-setting. Writing down 3 small things you could do every day to better yourself (or your finances or your relationship) is way easier to stick to than shouting some large, scary aspiration from the rooftops (or its modern-day equivalent, social media).

Every day since January 1st (and mind you, we’re on day 4), I open my feed on Instagram only to see “I WANT TO BE MULTILINGUAL AND WRITE A COOKBOOK AND LEARN SIGN LANGUAGE FOR CATS” and I’m just like…Jesus Christ. A little less pressure, maybe?

No one gives a shit about your resolutions and frankly, no one should. They’re for you!

Yelling it on social media might sound like the right thing to do because it makes you feel accountable, but everyone is too worried about themselves to actually hold you accountable. You have to do this yourself. If you have a close friend or family member that you can count on, then great, consider yourself lucky. You can check in with each other to see how those resolutions are going, but ultimately, do yourself a favor and don’t set your goals like this.

For example, I have been wanting to write a book for years. I’ve also been working on it for years. I never achieve this goal because it sounds scary, and therefore, it keeps shifting. And surprise! I’m the one making it shift. I’m scared of it. So I keep changing the idea for the book. I keep changing my writing style for the book. I keep telling myself I don’t have the time because books are a lot of pages.

Basically, my brain is a disaster and I have trouble compartmentalizing, which is why I have anxiety around large ideas. A book is a large idea. If I don’t make it smaller, it will never happen.

So this year, I am telling myself to write at least once per week for this book, whatever drivel that may be, and eventually I’ll get something that looks like a book. Or at least that’s my hope. “Write once per week” is much easier to wrap my head around than “I WANT TO WRITE A NYT BEST SELLER THIS YEAR”. You see what I mean?

Be reasonable, be smart, and read more. Happy New Year!