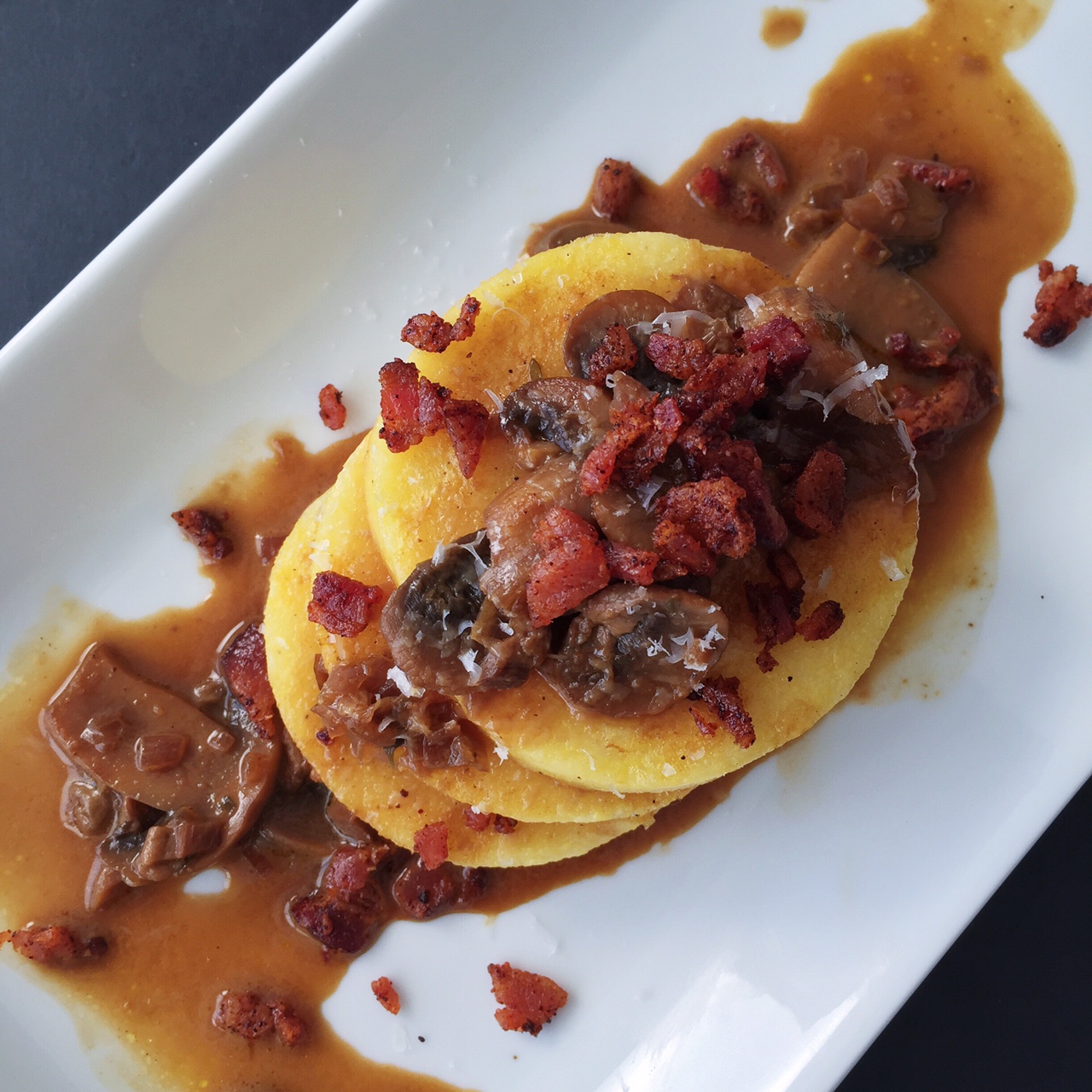 This recipe is a bit more refined than what you’re used to seeing from me, but when I’m challenged, I don’t back down. Here’s the backstory: a friend of mine was talking about how restaurants at The Wynn in Las Vegas now have vegan options, as if that were strange. I feel like the whole world is going vegan. Anyway, at that point I started to scope the menus (created by famed vegan chef Tal Ronnen) and I have to say, I was pretty impressed. Not as impressed as I would have been with a big piece of meat, but for vegan dishes, they sounded pretty good. The second part of this story is that I realized I haven’t been to Vegas in six years. Sad, I know. That’s when I decided to bring Vegas to me. By that I mean I wore a dress with a hem length shorter than my heels, got blackout drunk, then walked down the sidewalk barefoot. No no, I’m kidding. Instead, I felt inspired to recreate one of the vegan dishes by putting my own twist on it. Obviously my twist would involve meat probably, so my friend gave me a second challenge: make a version of the dish that ISN’T vegan, but still COULD BE made vegan easily. CHALLENGE = ACCEPTED. I found a “Polenta Mushroom Cake” on the menu at Switch Steak, and decided to put my skills to the test. Results? Epic deliciousness that could be easily made vegan. Now let me be clear, I think this sauce was perfect the way I made it (and I have a few friends who agree with me), and I made it with bacon. That said, you can easily omit that and use regular olive oil as the fat and leave the bacon crumbles out of it. I also used a teeny bit of cream in the sauce, because well, cream is delicious. But again, you can omit this and just reduce the sauce without it. Pick your poison and enjoy, kids.

1/2 log of premade polenta, sliced – sorry I don’t know how else to describe this. It’s a log.

The bacon from above – you are using the fat for the sauce, and the actual bacon for the crumbles.

1. In a medium saucepan, bring the vegetable stock to a simmer on medium heat. Add the porcini mushrooms. This will soften them and also flavor the broth. After 10 minutes, remove porcini mushrooms and chop fine. Set aside. 2. Make bacon. You should know how to do this by now – put in large skillet/fryin pan on medium-high heat and fry until crisp. Drain on paper towels and chop small, like bacon bits. Add to bowl and toss with the chile chipotle pepper and chili powders. DONE. So easy. 3. In the same pan you cooked the bacon, on medium heat, add shallots and sliced white button mushrooms. Stir to coat in the bacon fat and let the onions and mushrooms soften and release their liquids, about 5 minutes.

4. Add porcini mushrooms and garlic. I like to add the garlic when there is a little liquid in the pan, because garlic tends to burn and no one likes that. Then add the salt, pepper, thyme, parsley, and Flavor God seasoning. Let cook down for a few more minutes until soft fragrant. 5. Add stock to pan and raise heat to medium-high. You want this to be causing some bubbles that barely break the surface, because you want it to reduce. Add the cream and stir. Let reduce by half. 6. While the sauce is reducing, slice and grill that polenta! I sliced them into 1/2 inch thick slices, and grilled on both sides with a little bit of salt and pepper for 2-3 minutes per side. You just want some nice grill marks on them – it’s cooked. No one’s going to die from undercooked polenta. That’s definitely one plus of veganism. 7. Plate the polenta in cute little stacks and top with the sauce, and crumble some of those bacon bits on top. Amazing and could easily be made vegan too. HA! See here it is without bacon: And here it is with: