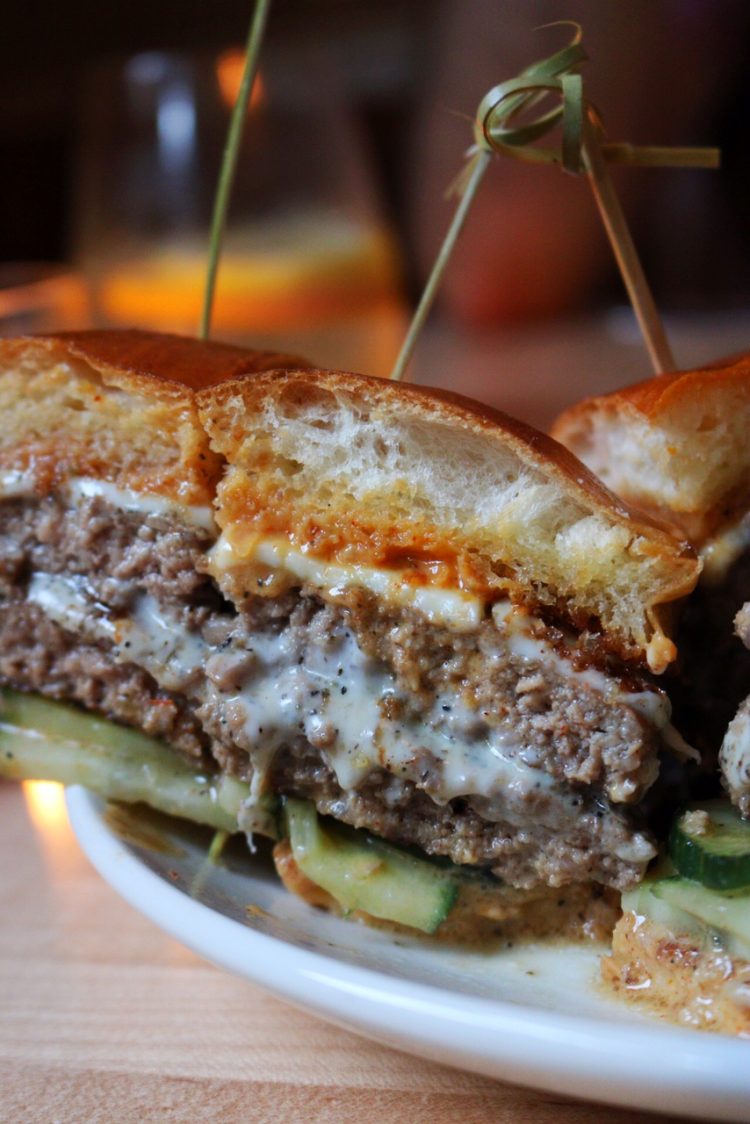 If there’s one thing you should know about me, it’s that when I put my mind to something, eventually, I’m going to eat it.

Pig Bleecker has been on my “to eat” list for a longggg time, and I finally got to it last night. OH HAPPY DAY.

First off, this is the sister restaurant to the original Pig Beach in Brooklyn. And I mean like, Gowanus, Brooklyn. Don’t get me wrong, the food is worth the trip, but I wouldn’t even know about that because I’ve never actually been there. I’ve had Pig Beach burgers and ribs at events and such, but I’m an incredibly lazy person. And in the summer I become a giant sweatbox so I try to keep my travel outside to a minimum. It’s not cute and it’s really for everyone’s benefit.

But I digress. I love the space at Pig Bleecker. Bright yet cozy, great cocktails, and a menu full of meat. Mmmm. These are a few of my favorite things.

Here’s what I would recommend: go with friends or coworkers when you want to have some serious deliciousness with a touch of fancy. Personally, I think it’s a little heavy for date food, but you could probably make it work. We also happened to be sitting near an incredibly loud table full of dudes who had their phones stacked in the middle of the table. So…I guess this is what happens when you take away people’s phones? They actually talk to each other? Weird.