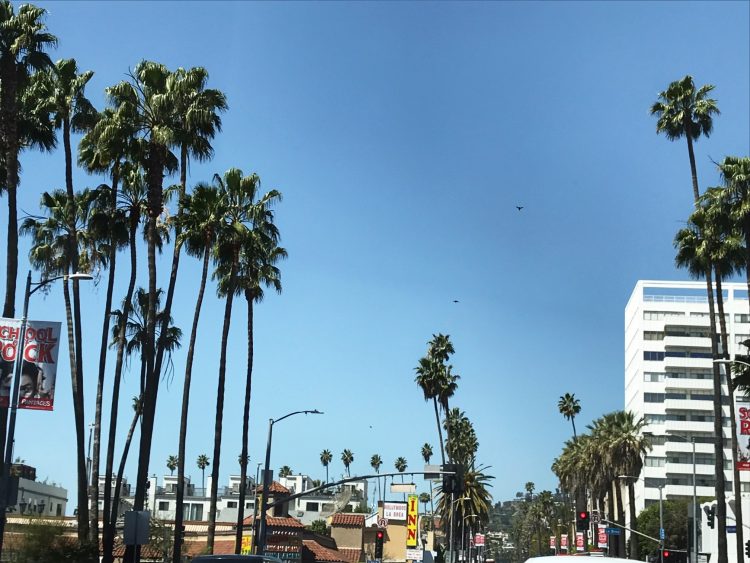 As the week slowly gets away from me, I finally got around to compiling the spots from the last leg of the trip. And I’m just as sad writing about it as I was when I had to actually leave.

That said, the majority of this part of the trip was spent solo, which I’ve actually come to enjoy. I used to fear traveling alone (especially the eating alone part), but now it’s come to be one of my favorite things to do. Probably because I don’t like people that much? Just kidding…ish.

The eating solo stuff can be tough to get used to, but once you just embrace the fact that “no one gives a shit about you”, and I mean that in the nicest way possible, you’ll feel a lot better. Unless it’s a Saturday night in a really busy place, I am pretty used to people staring at me when I’m in restaurants. This isn’t because of my looks or anything, it’s because I’m usually one person with seven plates of food sitting in front of me with a large camera hanging around my neck.

Either way – most of these places I would recommend as a solo adventure, but the ones with stars next to them are the ones that I would prefer having a guest with me. Another thing I recommend doing solo though? The LACMA museum – it’s an art museum, so if you’re an art buff like I like to think I am (shut up I used to be an art major), then you’ll enjoy browsing the different galleries and reflecting on the impressionists like I did.

Another really fun thing I did while in LA was take a tour of Paramount Pictures Studios. My mild obsession with Hollywood came full circle during this tour, where I was borderline annoying with all of my questions and photo opps. There were two kids on the tour and I think I was more excited than they were. In my defense though, their age group didn’t lend itself to some of the things we saw, like the sets used on Seinfeld and Friends, and the making of Jaws. All 80’s and 90’s things. #tbt game was strong in there. It was $58 for a 2-hour tour, and I highly recommend it!

Alright, enough GIFs (but are there ever really enough GIFs?), now back to the food:

Cassell’s Hamburgers – This place was right around the corner from my last hotel (The Line), so I stopped in for breakfast right before departing for the airport. They had a Breakfast Burger with cheese, avo, and hash brown buns and a fried egg. Unreal. This place is also famous for their Patty Melt but I tried to behave myself.

Pizzana – I went with a few food blogger friends to really maximize our pizza gains. As a New Yorker, I’m pretty picky about my pizza and this Neopolitan style joint was AWESOME. Try the Neo Margherita with basil breadcrumbs or the new Carbonara pie. Even the veggies were on point!

Jon & Vinny’s – Owners of Animal bring you this more casual Italian spot, which is basically diagonally across the street from Animal on Fairfax. Amazing food is happening in here – I feel like you can’t go wrong with anything, but the Gem Lettuce salad with breadcrumbs, parm, and calabrian chili dressing was maybe my favorite thing so you know that says something. And the Spicy Fusilli in vodka sauce was a little plate of pasta heaven. I hear the chicken parm is outstanding too.

El Cholo – This place has been around since 1923, so I figured it’s gotta be good, right? I went to solo, sat at the bar, and proceeded to order chicken chimichangas, and a couple of pork tacos. To be honest, the chimichangas were the best I’ve had probably ever, but the tacos were nothing to write home about. They were good and I still housed them (obviously), but I wouldn’t go if I was craving a taco.

Petit Trois – Oh. My. God. This has to be one of the best meals I’ve had in my LIFE. This small, unassuming spot is basically in a very small strip of stores, so you would never know it’s the type of place that pumps out amazing French fare unless someone told you. Or, if you’re a food blogger and you’ve heard wonderful things about it. The open kitchen lets you watch the chefs at work, and I got to watch them make me the most perfect omelette with black pepper Boursin cheese inside. YOU DON’T UNDERSTAND. Fluffy, perfect, deliciousness. You need to go. I hear the burger is unreal but this was my third lunch of the day so I had to draw the line somewhere.

Nest at WP24 – Located inside the Ritz-Carlton, the views in here are one of the main reasons I suggest making the trip. Up on the 24th floor, you have gorgeous panoramic views of Downtown LA (and more). The dumplings were meaty and perfectly fried, and the Maine lobster spring rolls were so crisp and not overly greasy. The chef knows what he’s doing with a deep fryer, I’ll tell you that much. The appetizers and small plates would be my go-to, shared over a glass of wine or a perfectly stirred Old Fashioned. 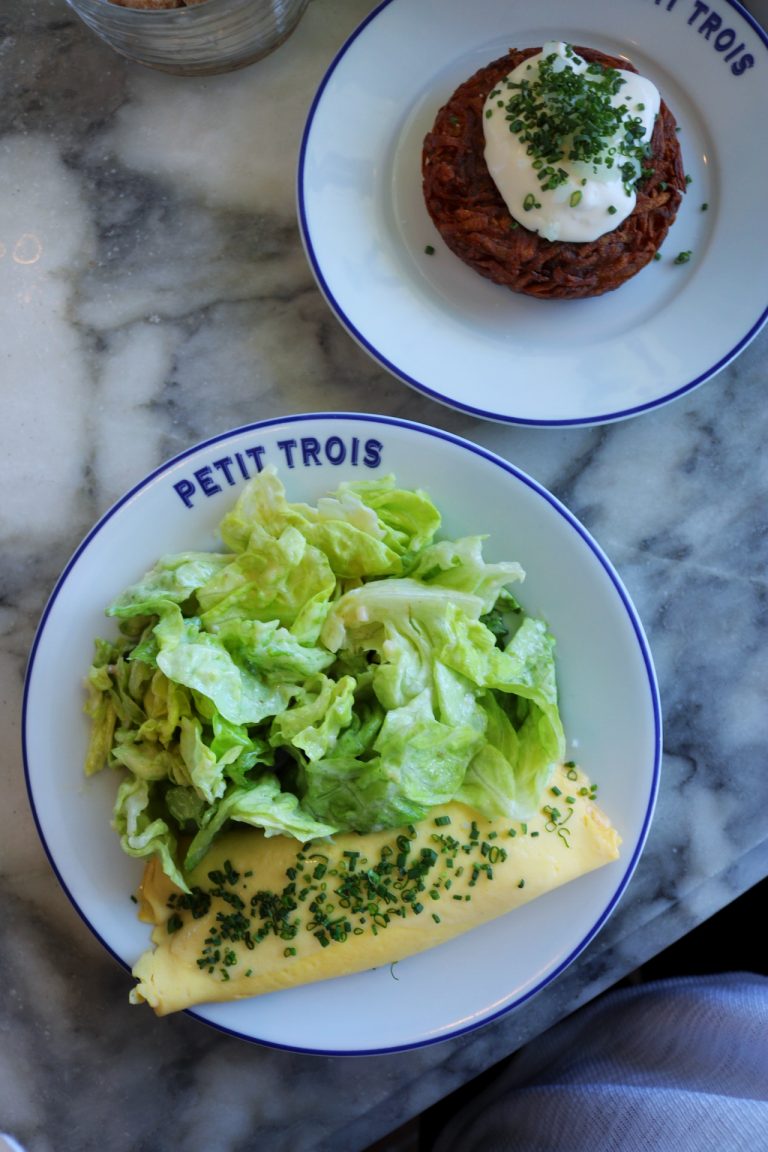 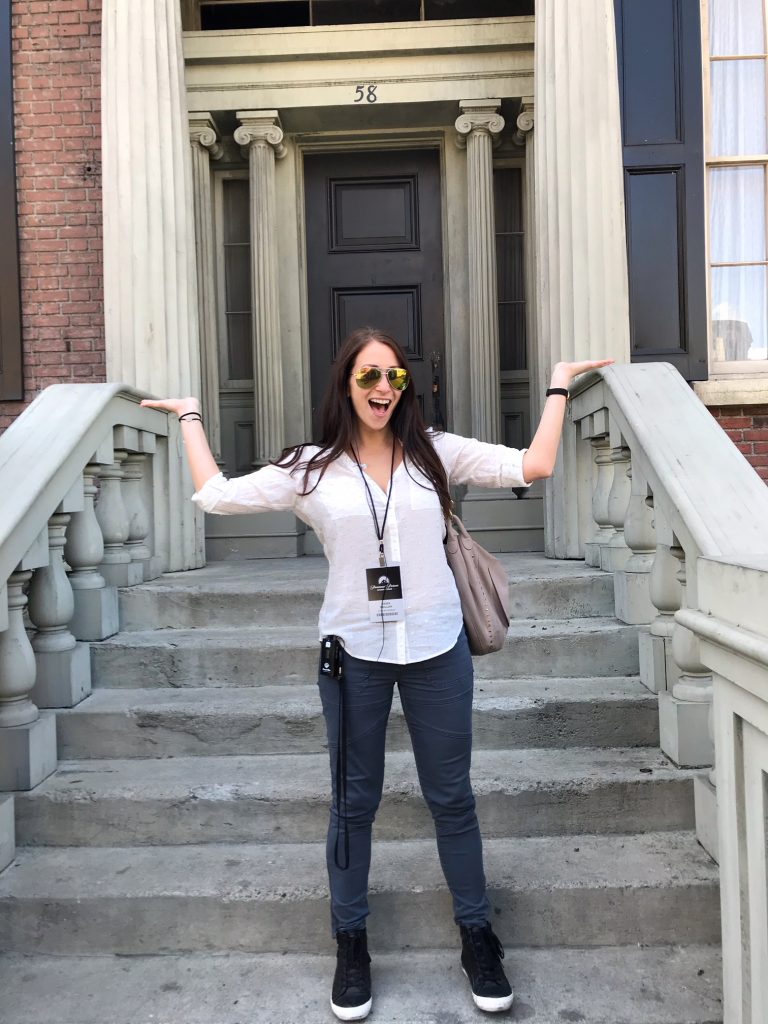 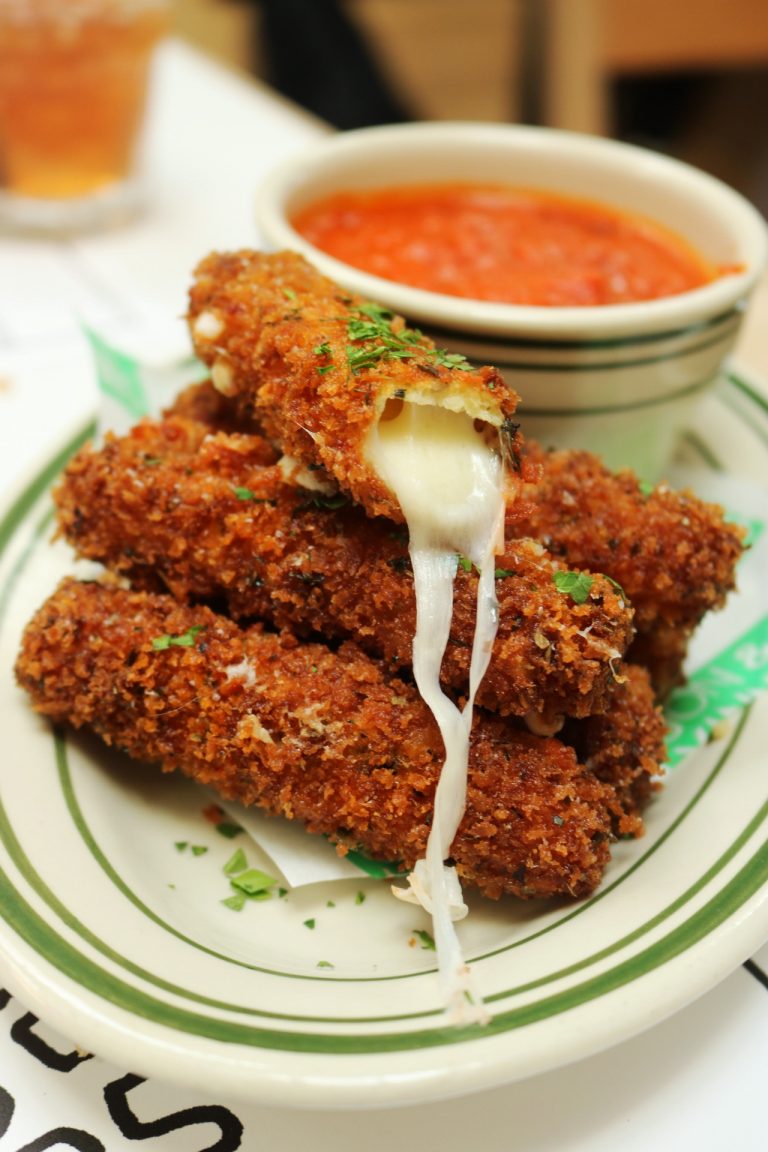 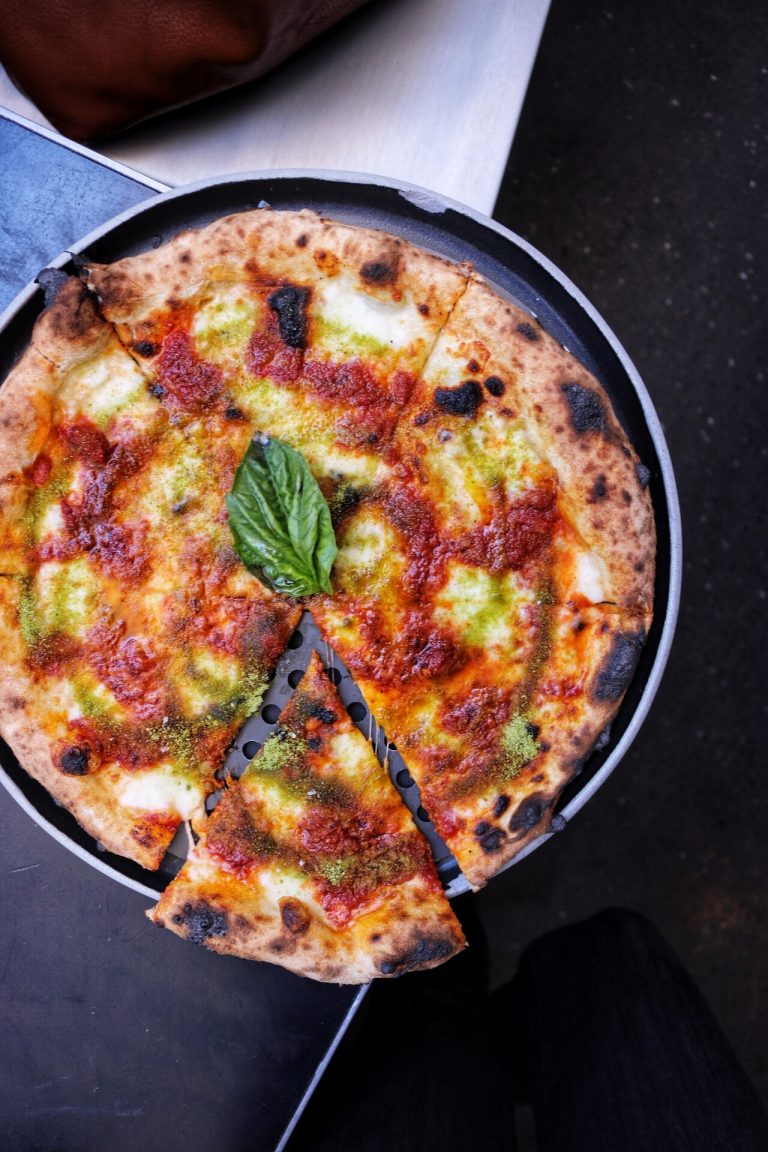 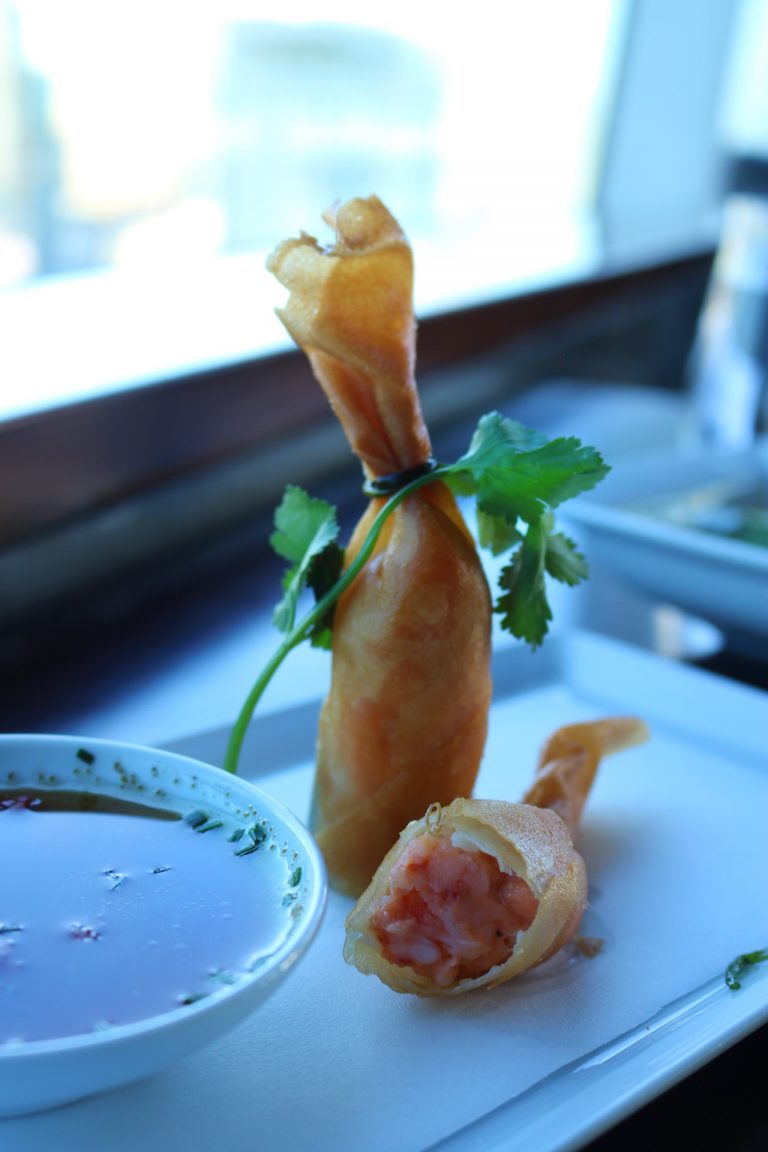 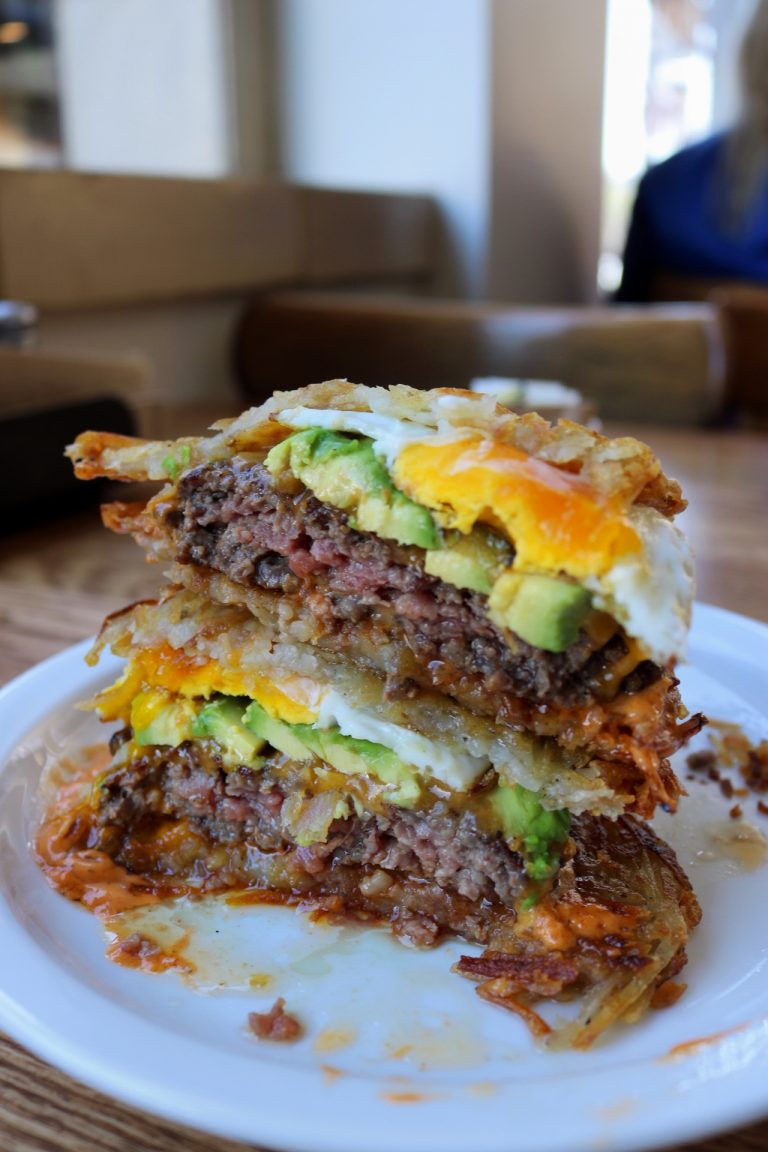 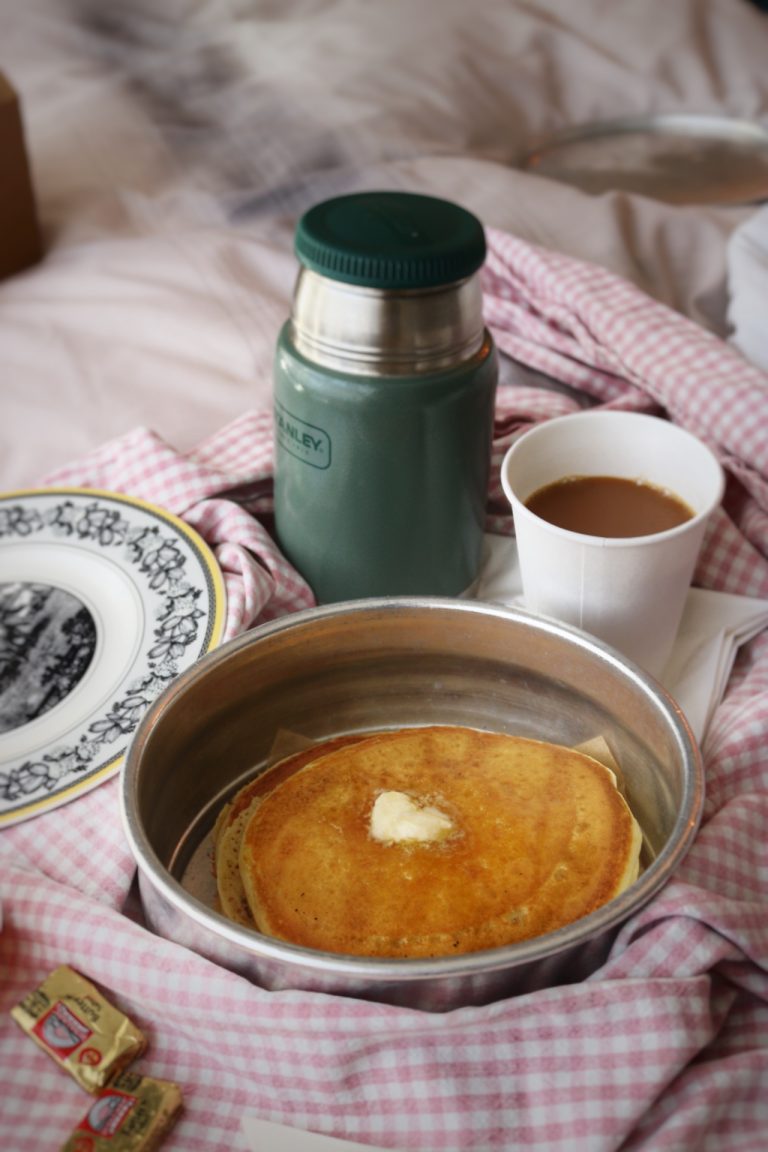 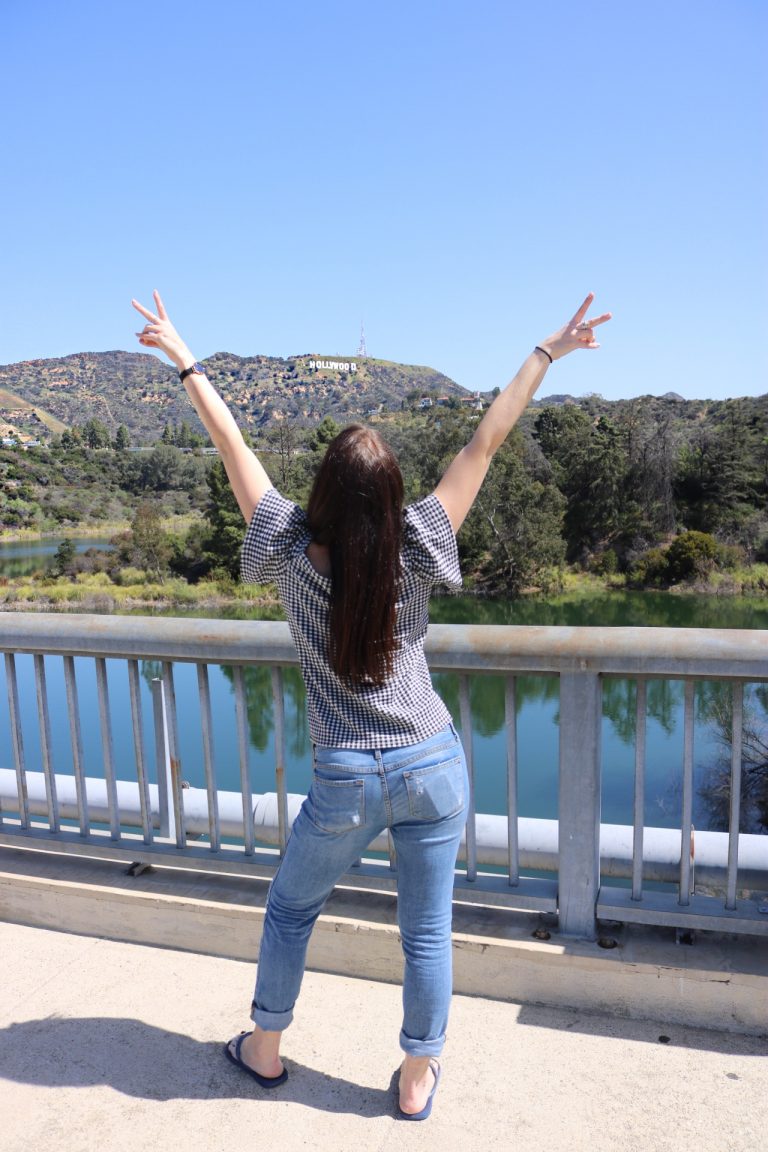 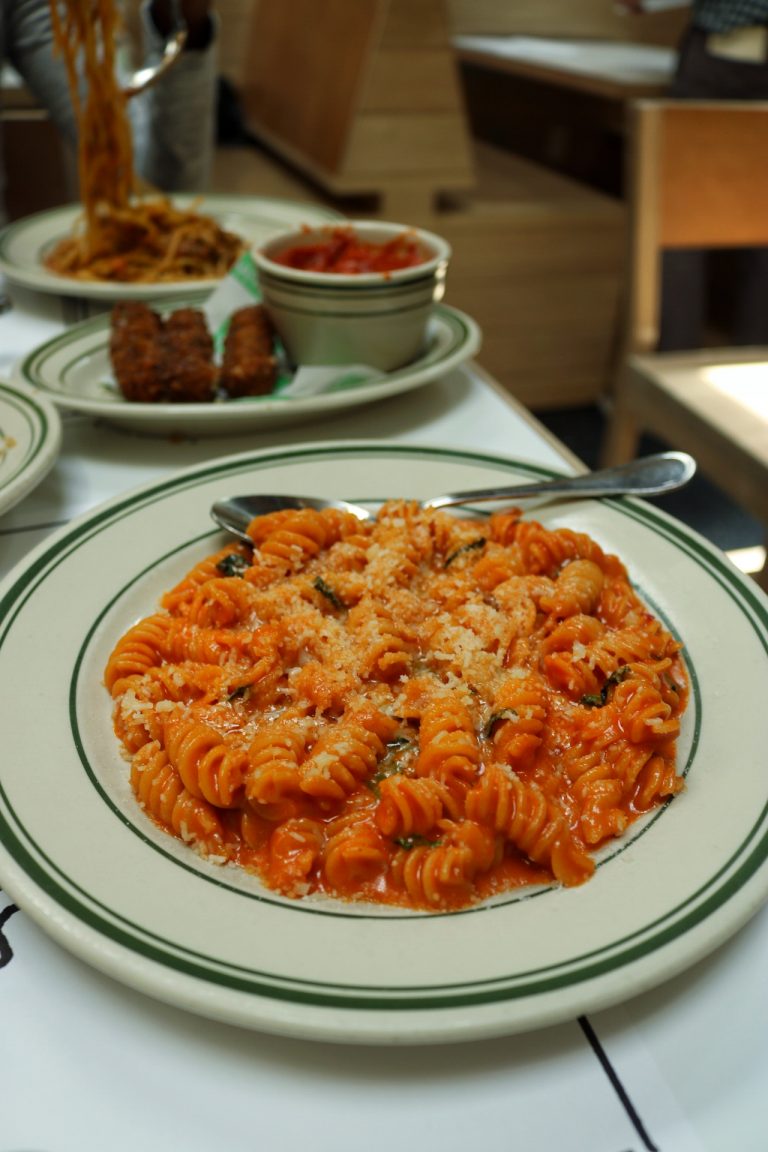 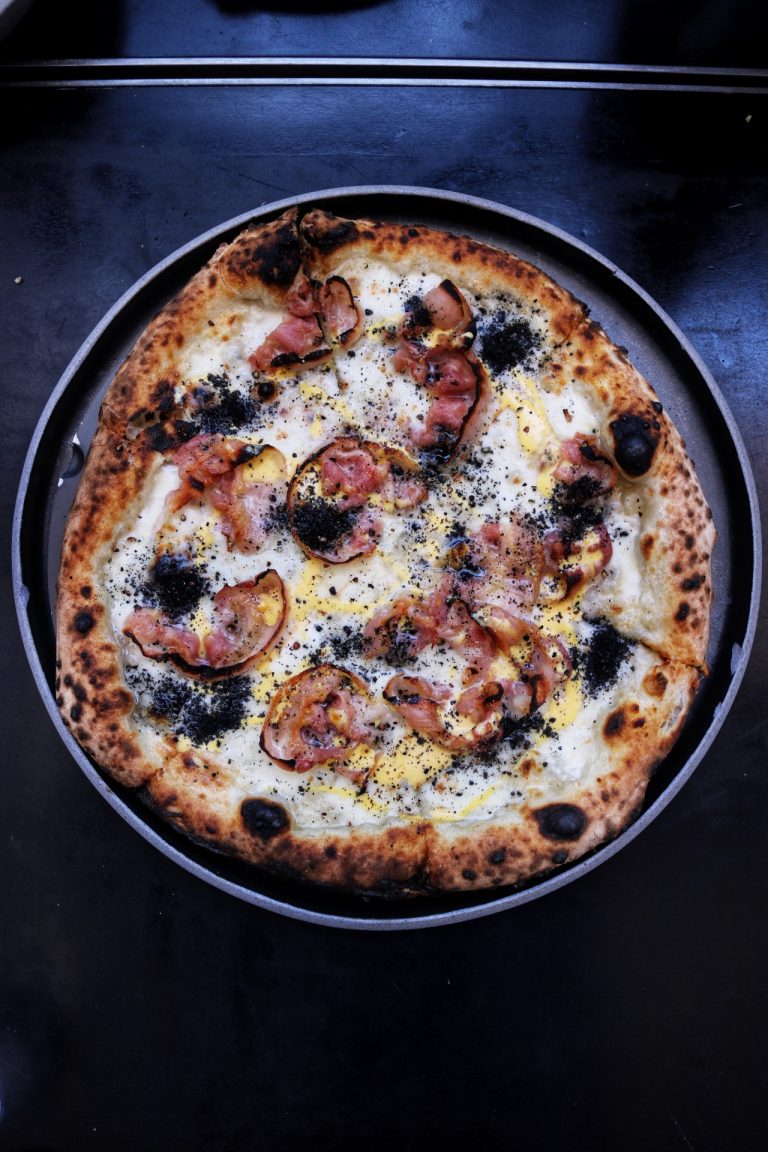 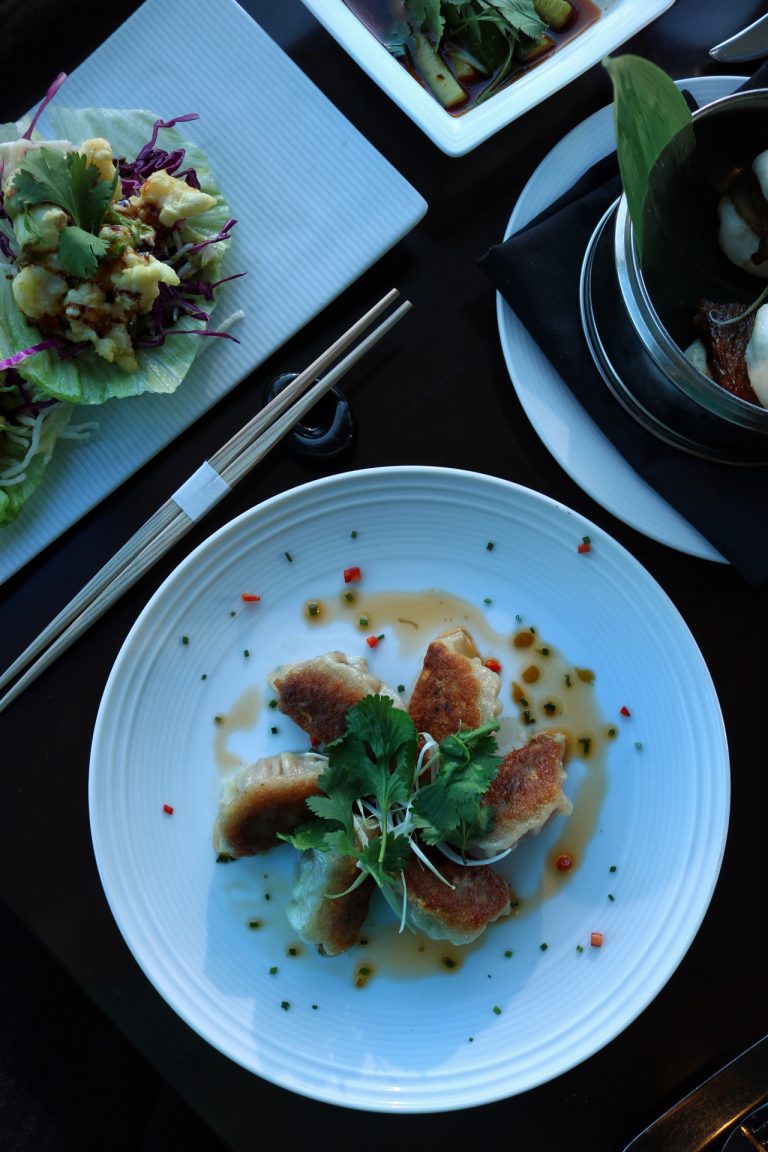 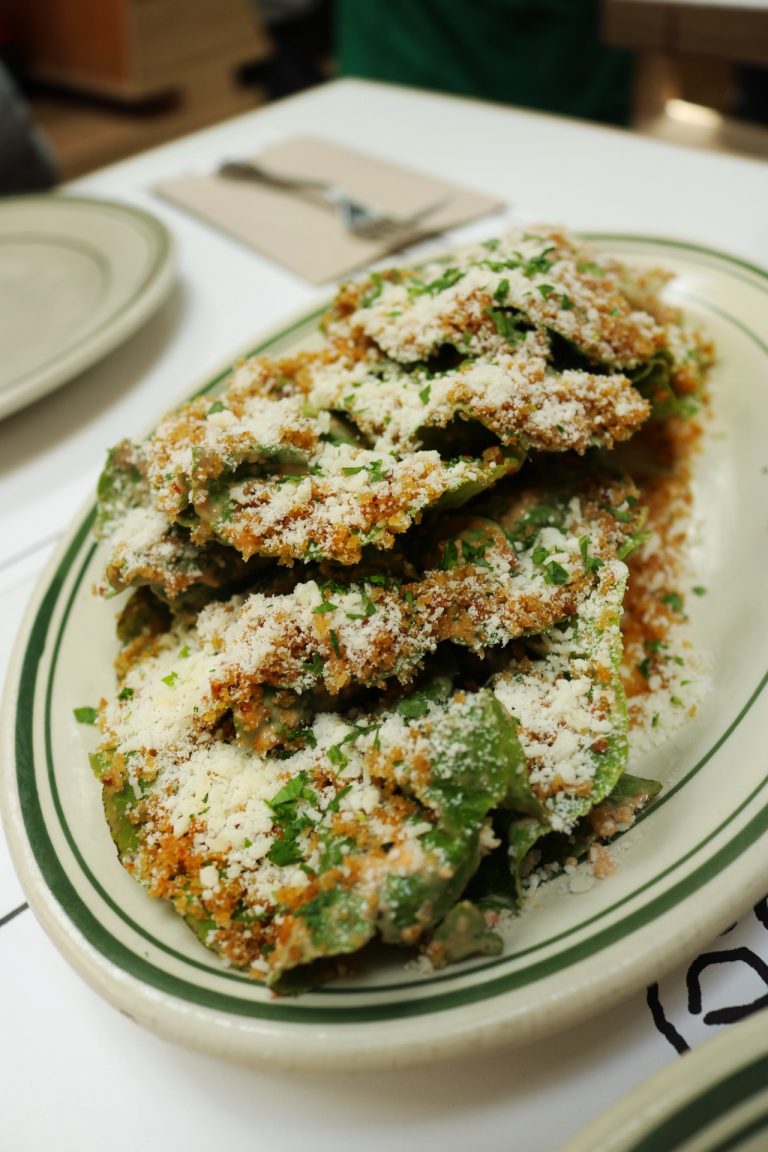 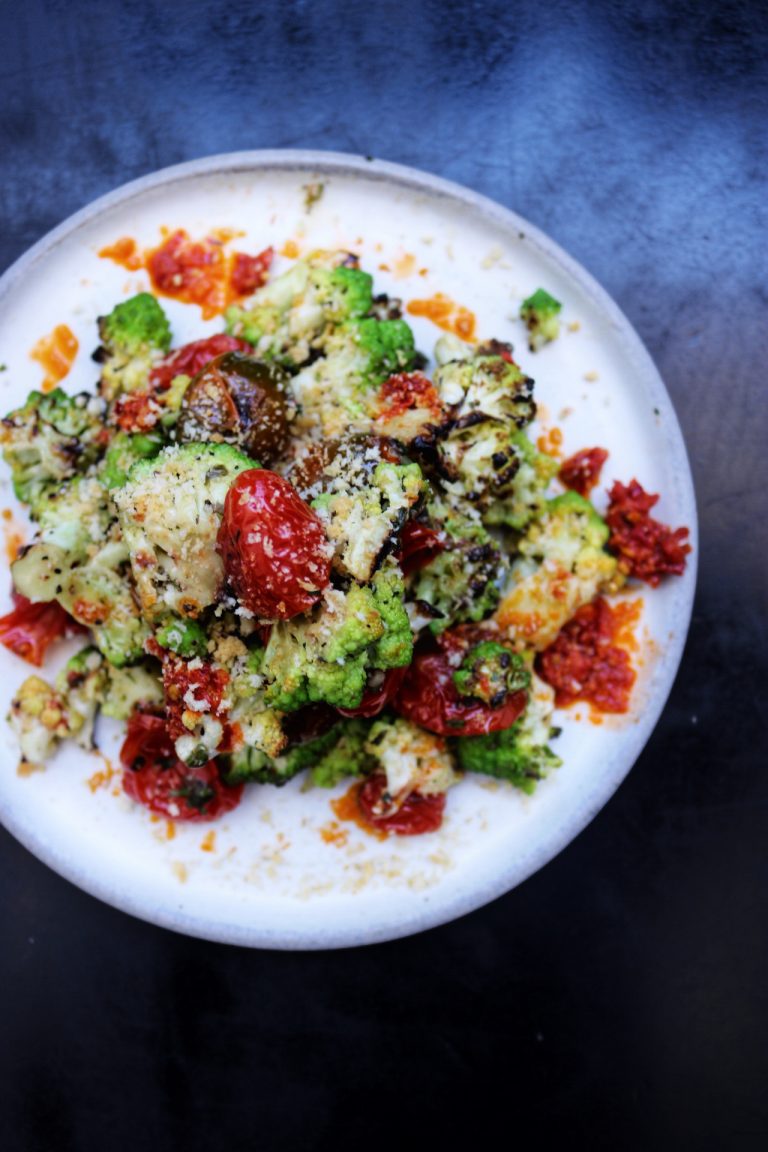 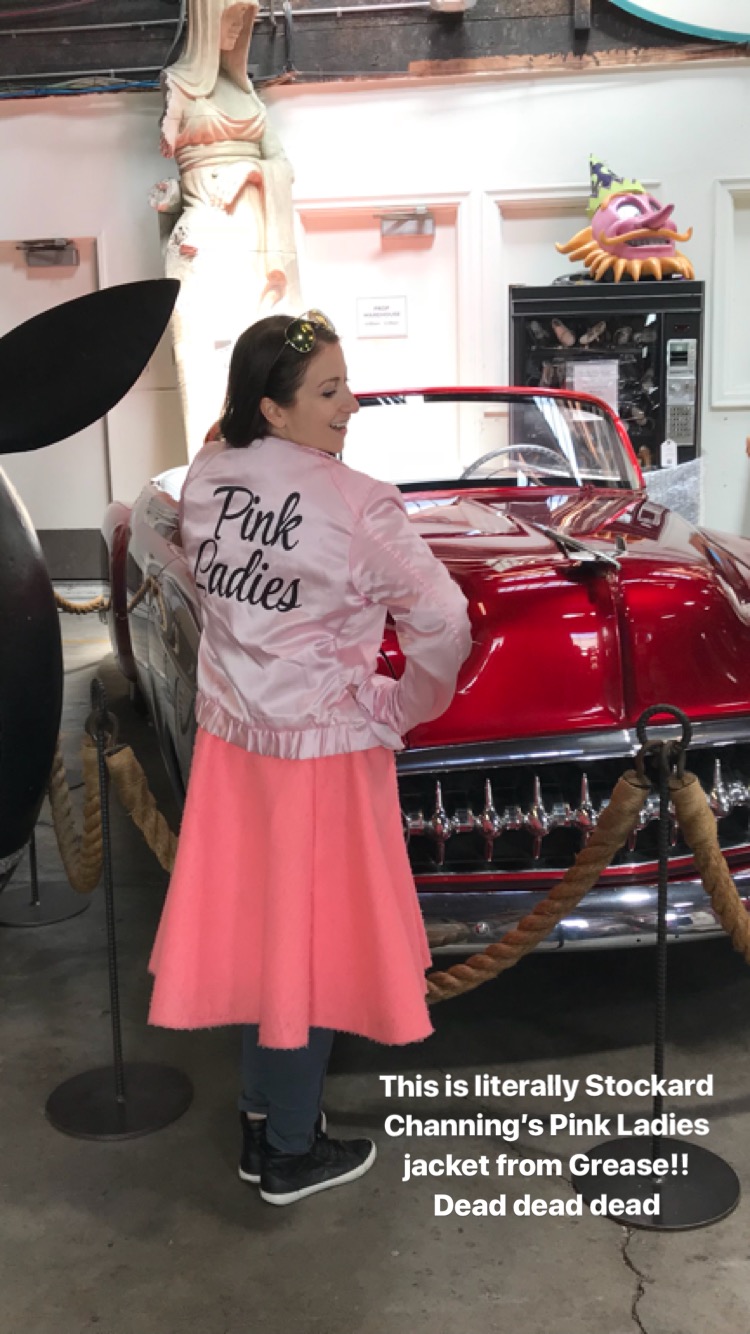 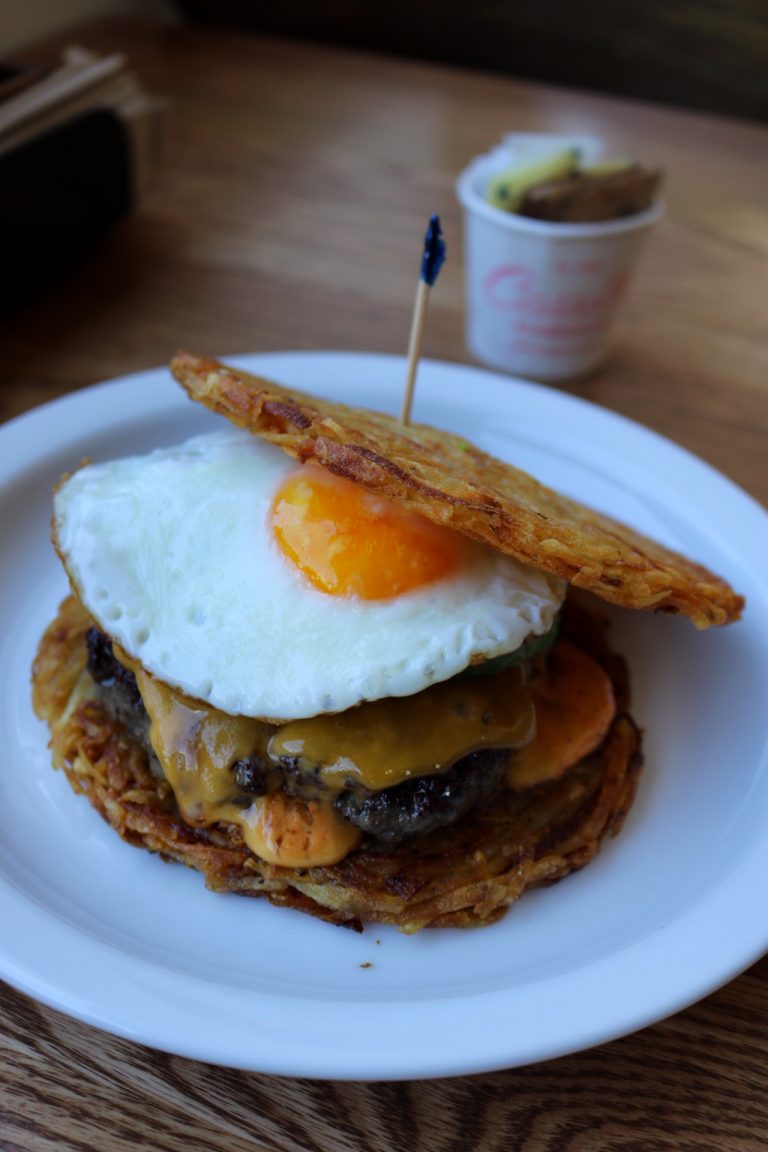 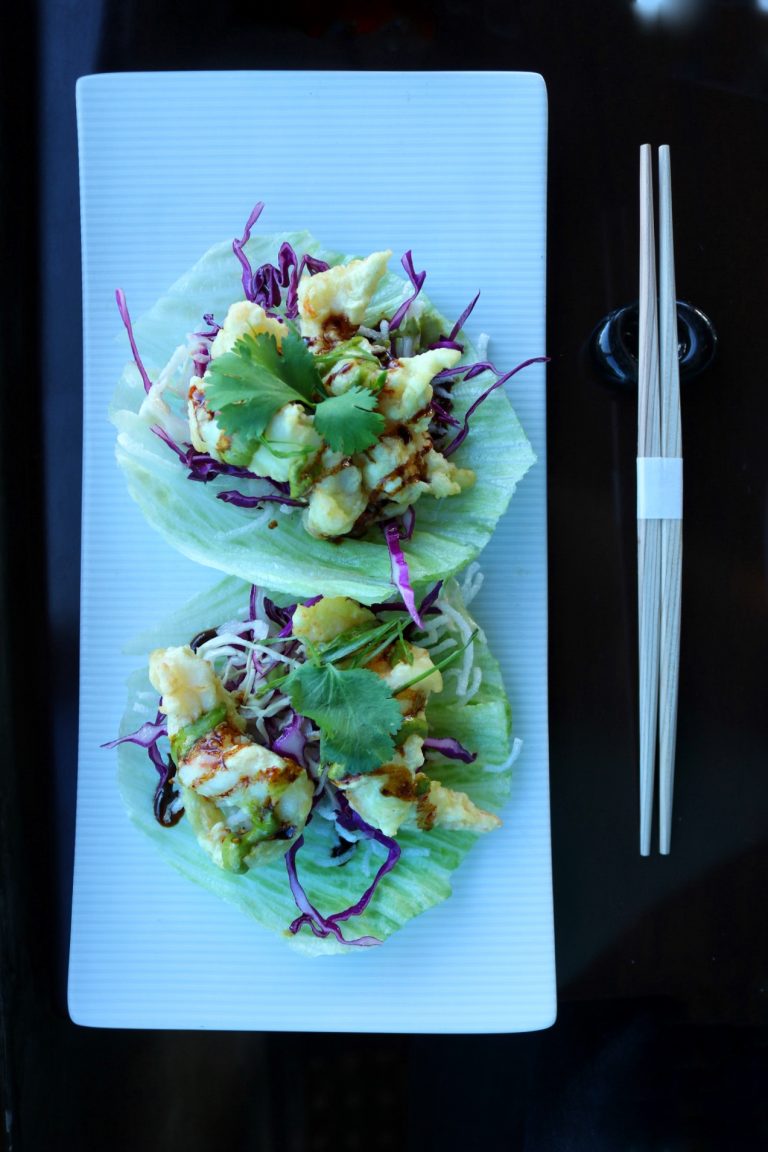 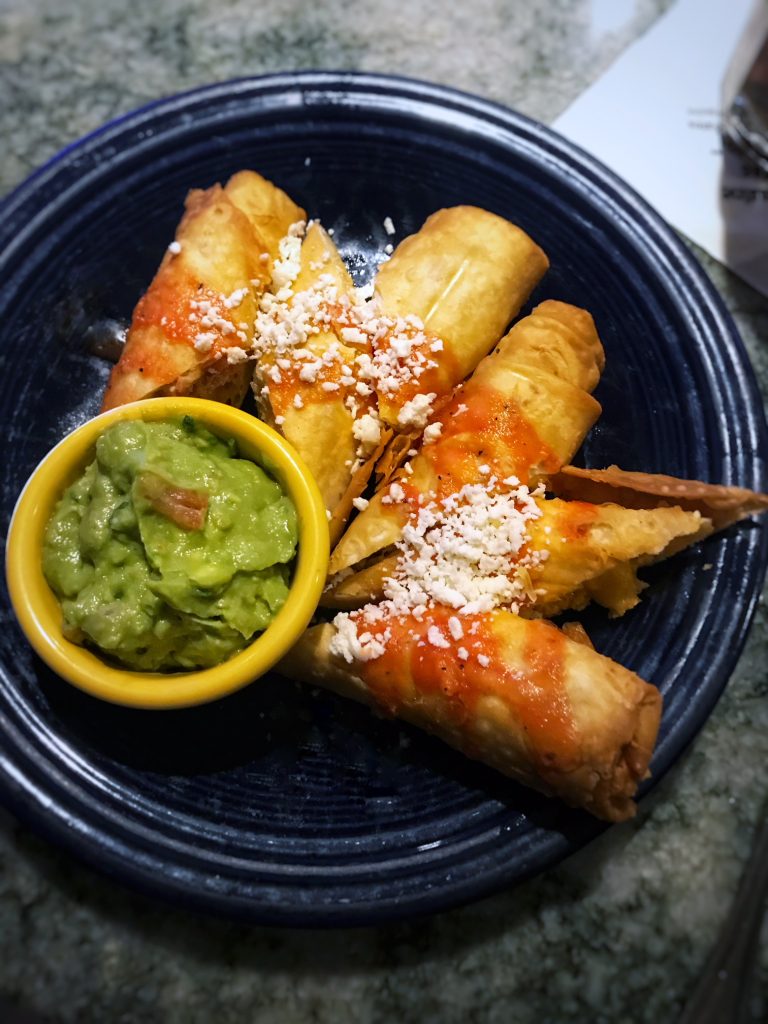 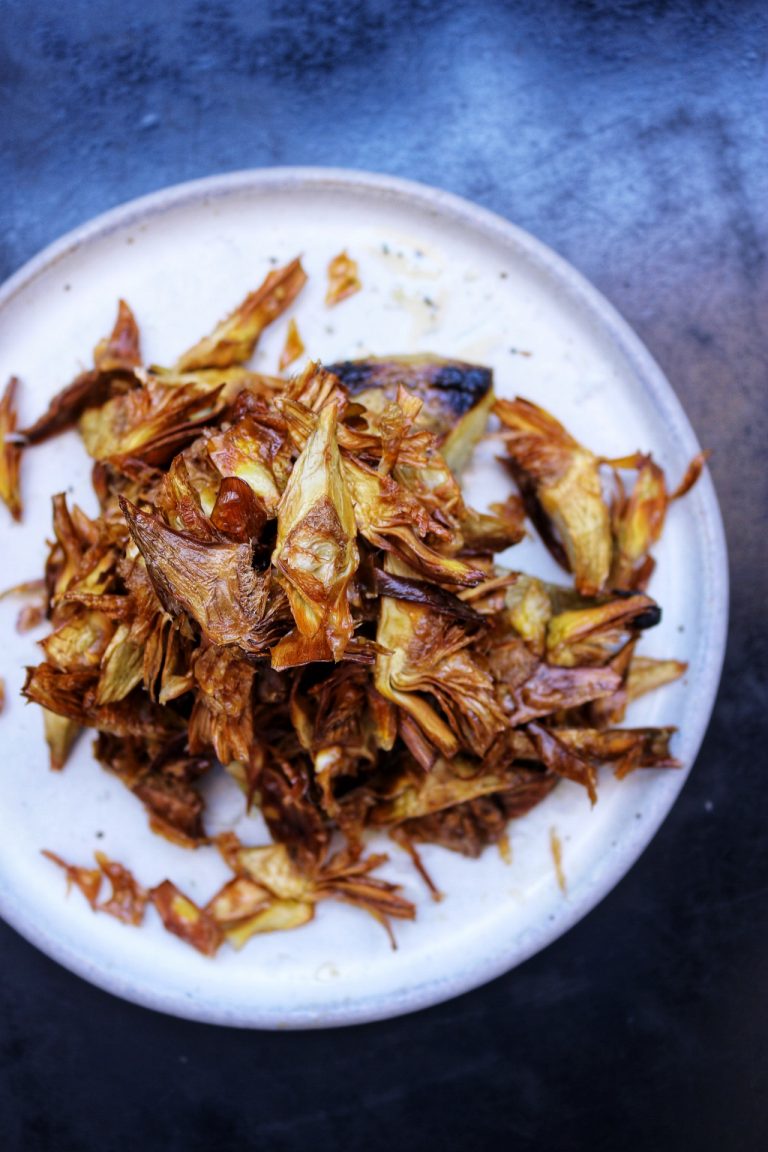 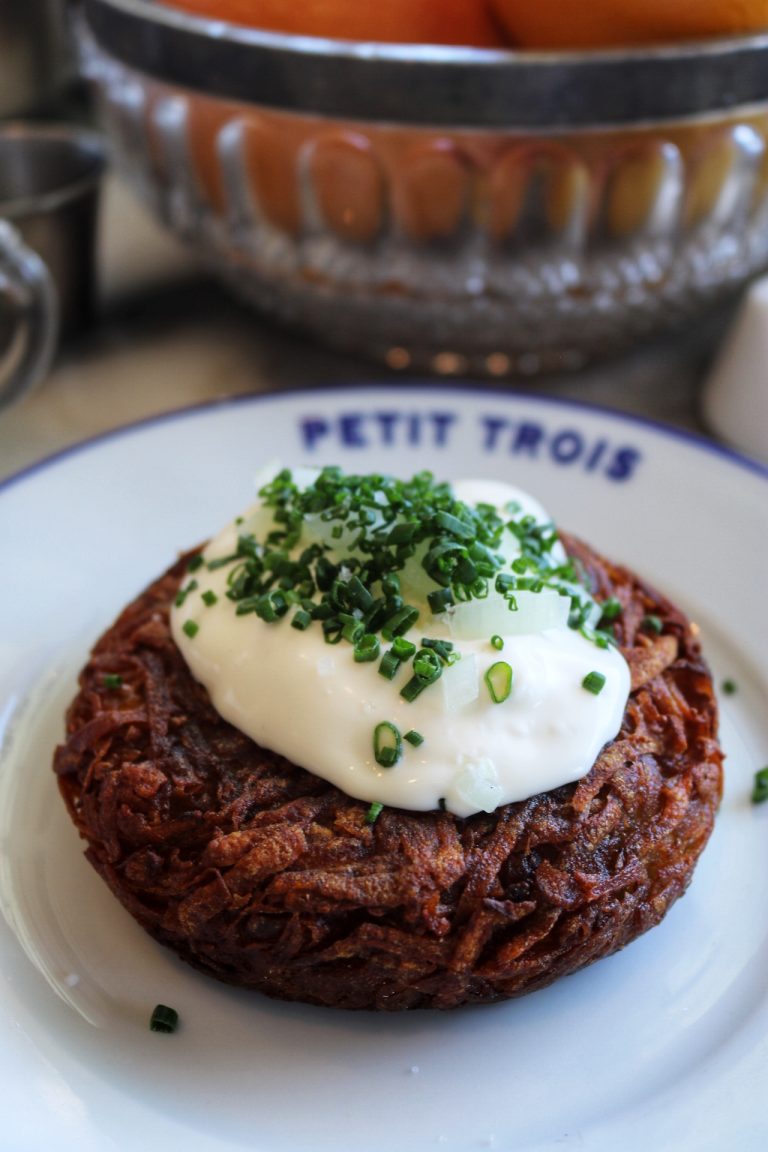 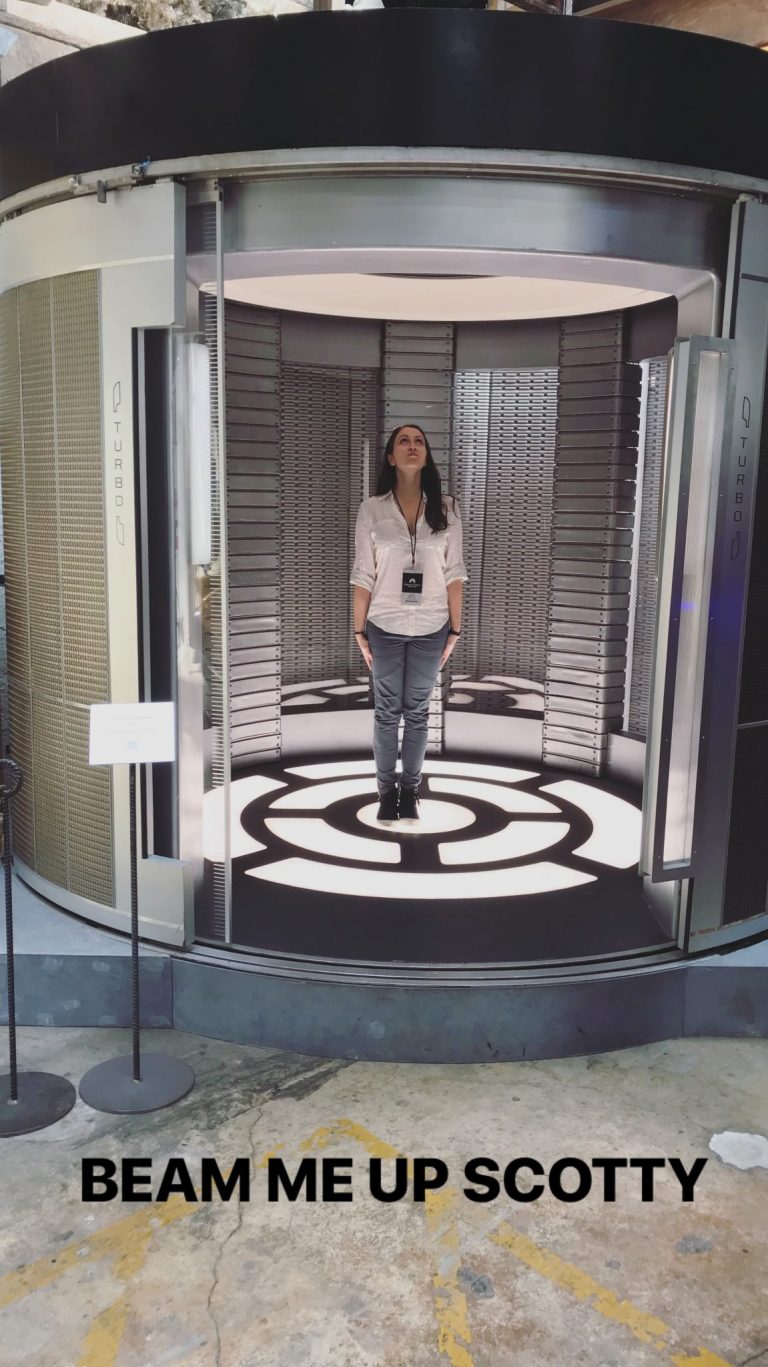 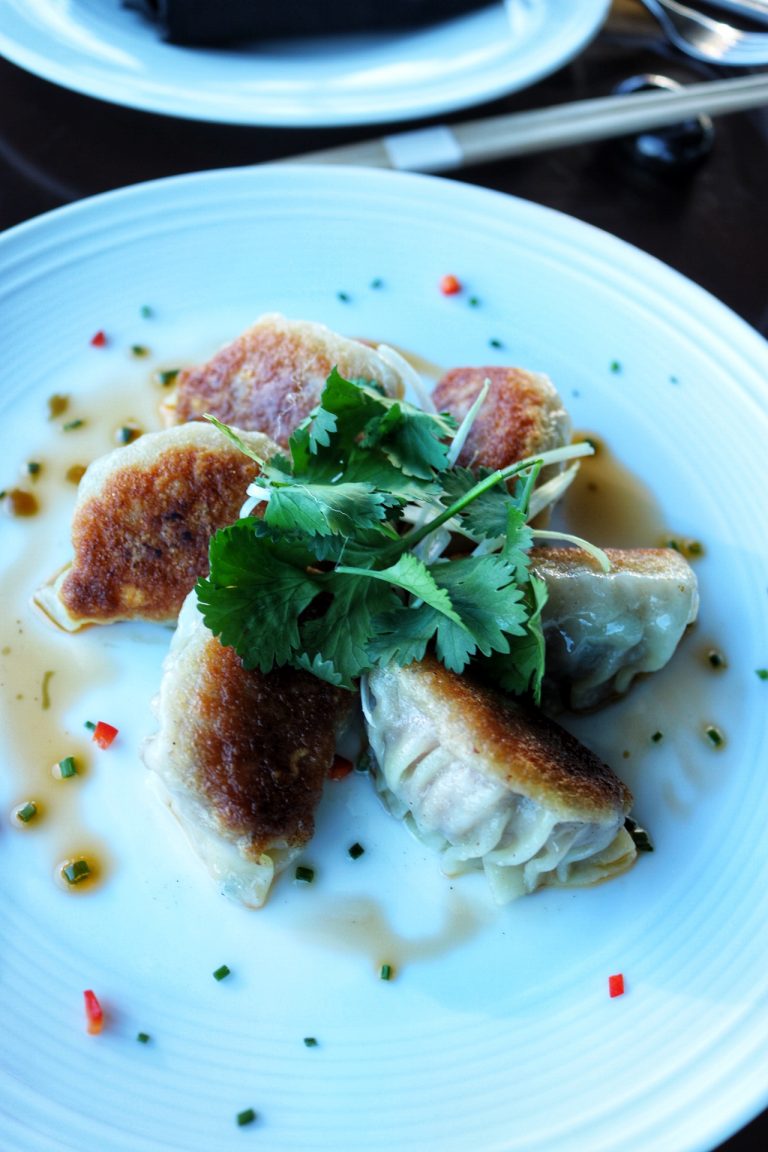 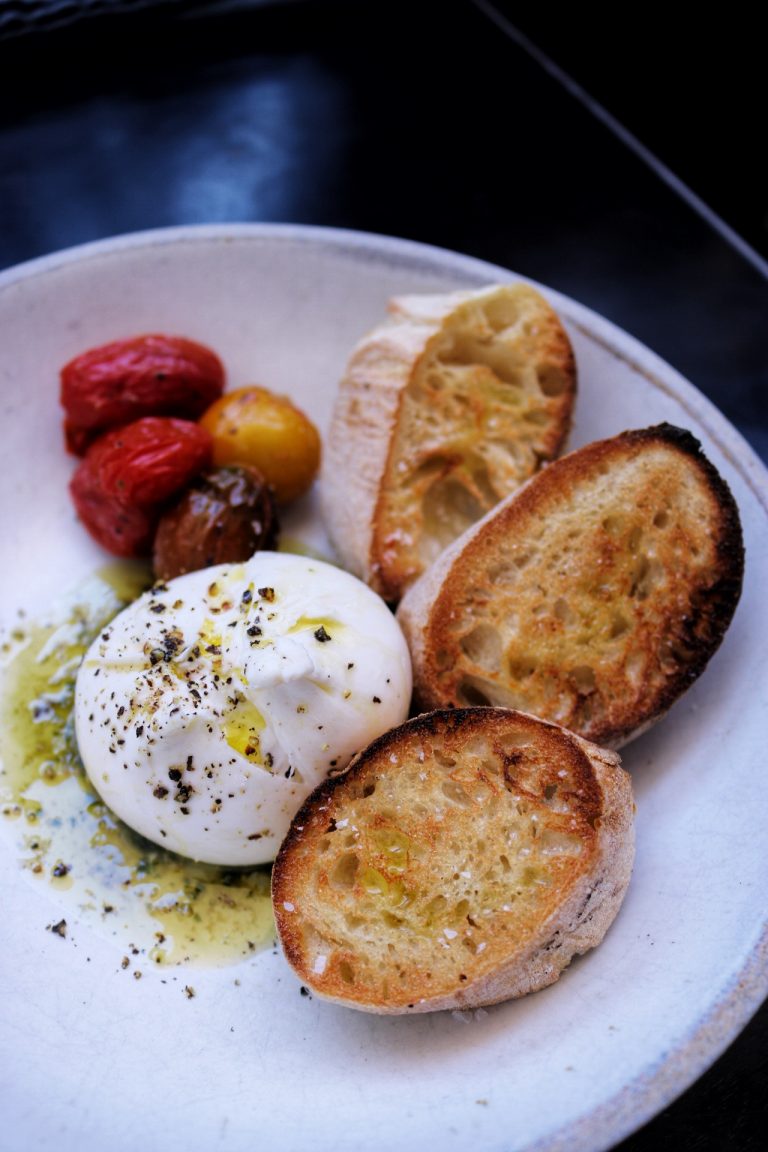 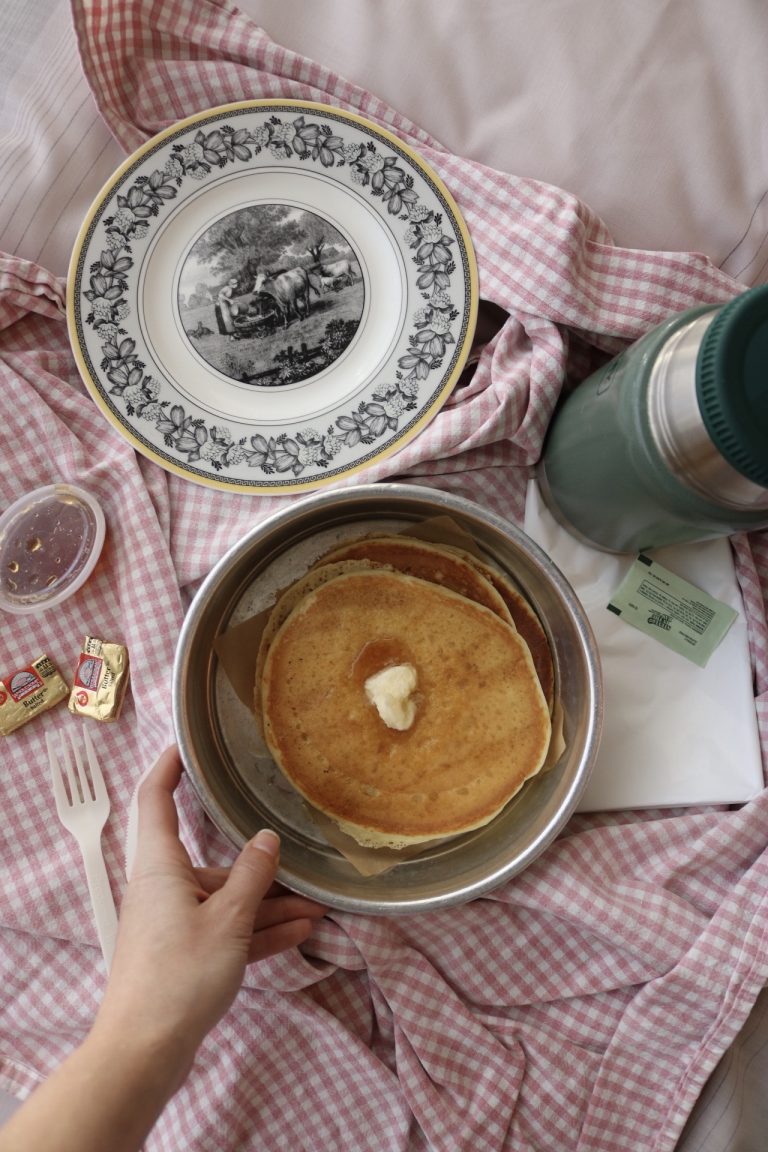 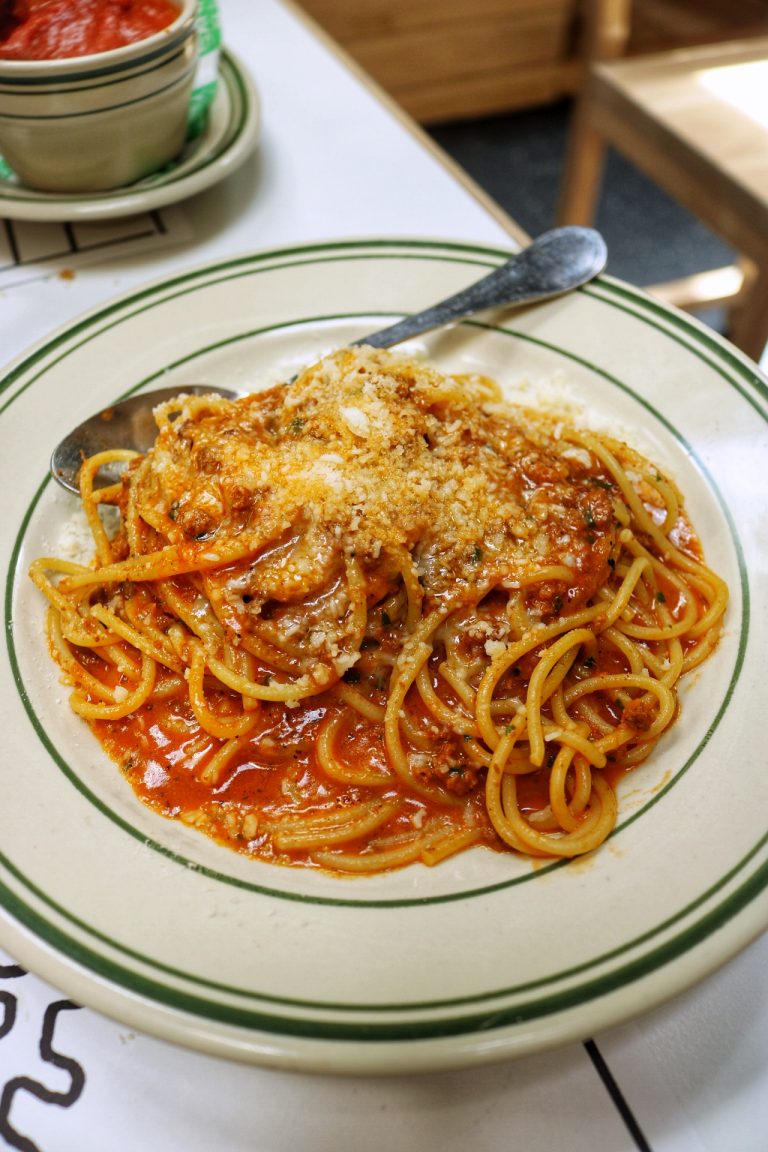 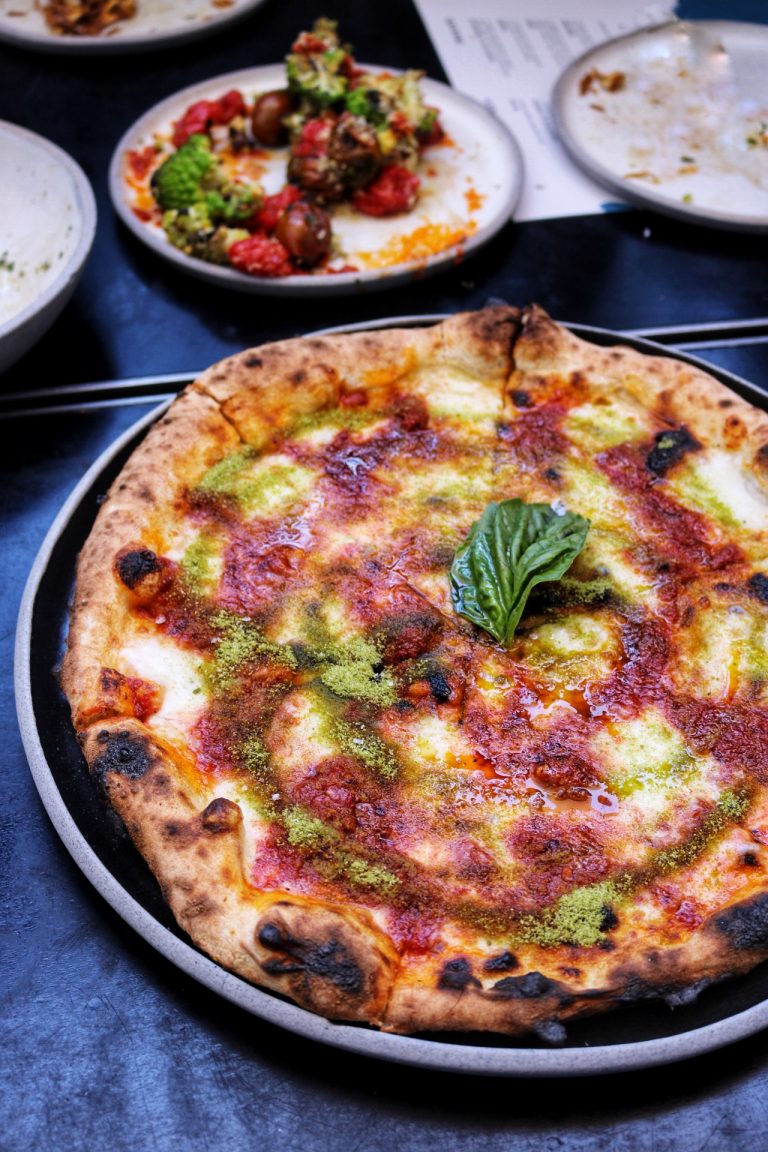 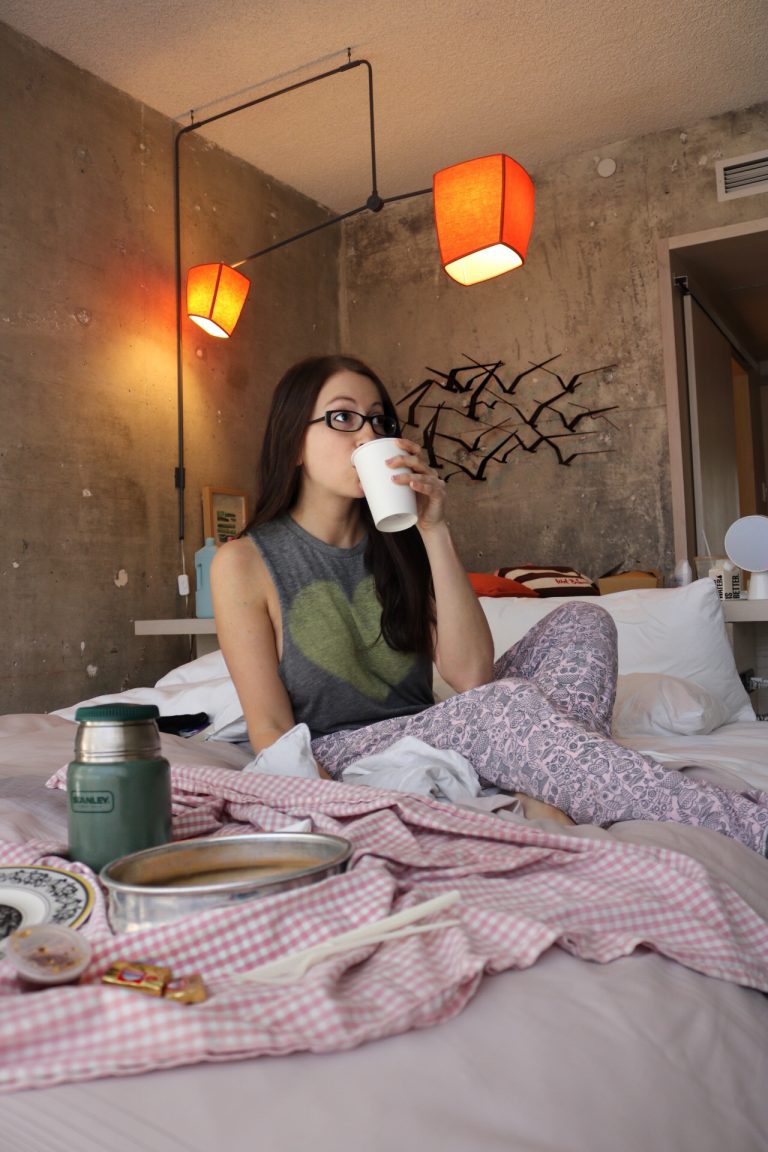 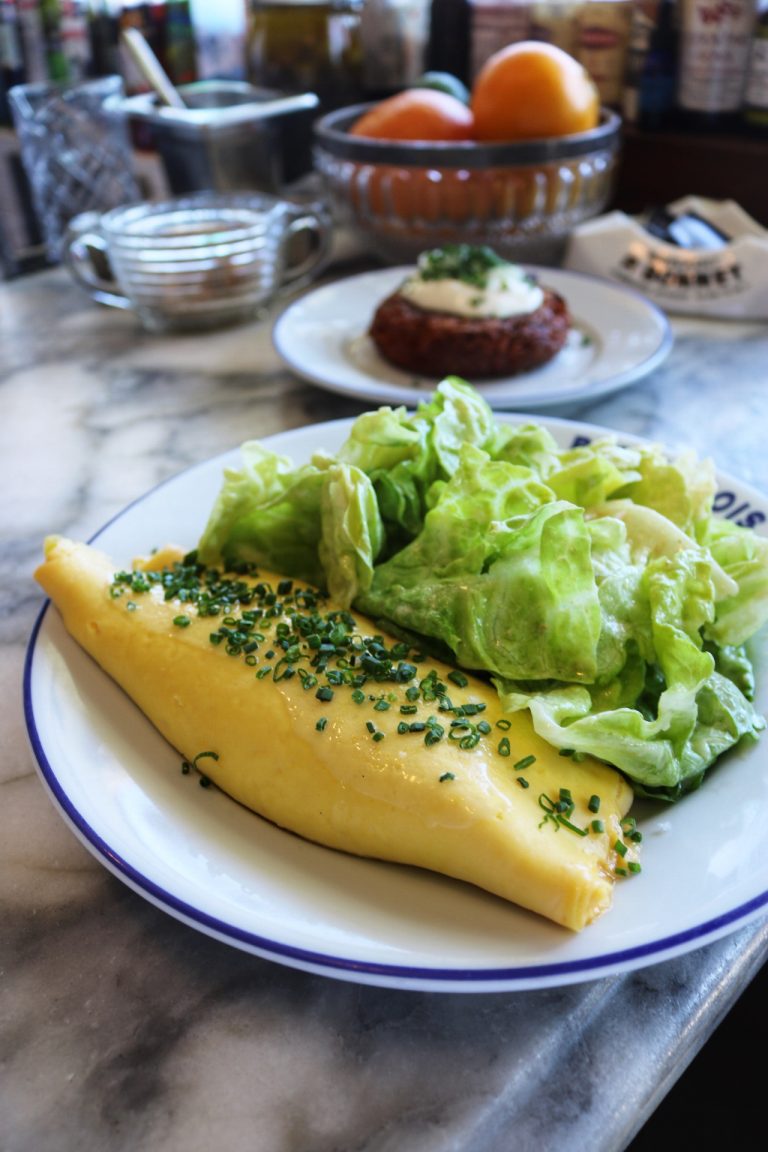