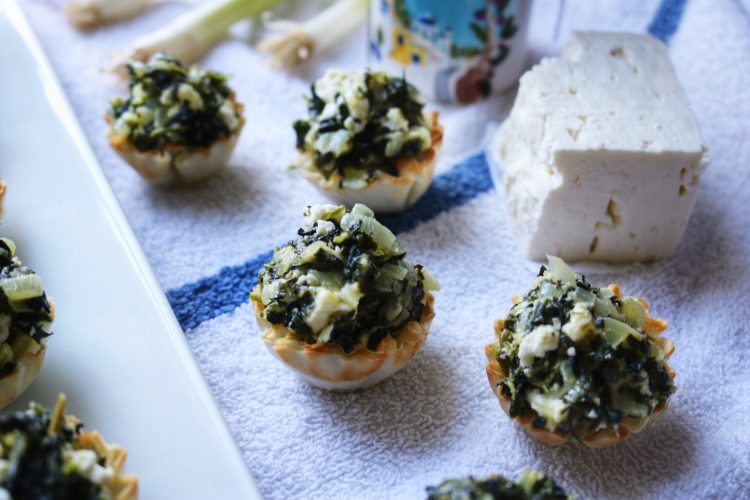 I basically forgot to post this last month for Greek Easter, so here you go.

As some of you probably know by now, I’m half Greek and I make a mean spanakopita, but the process with the phyllo dough can be GRUELING. It’s just a lot of work and this recipe takes out 75% of it by using those store-bought mini phyllo shells. SO, SO EASY. Same great flavors, but half the amount of time and energy. BEYOND IDEAL. If you can’t find these little phyllo shells…you’re screwed. Just kidding. You could easily use puff pastry shells or one big puff pastry pie shell. I’m sure that would be just as delicious if you made a giant spinach pie in actual pie form. As long as you have a carby vehicle that has a lot of butter in it, you’re good.

Also note that I don’t like to buy the pre-crumbled feta cheese. I think it lacks moisture and loses some of the salty flavor. Buy the block and crumble it yourself, trust me. 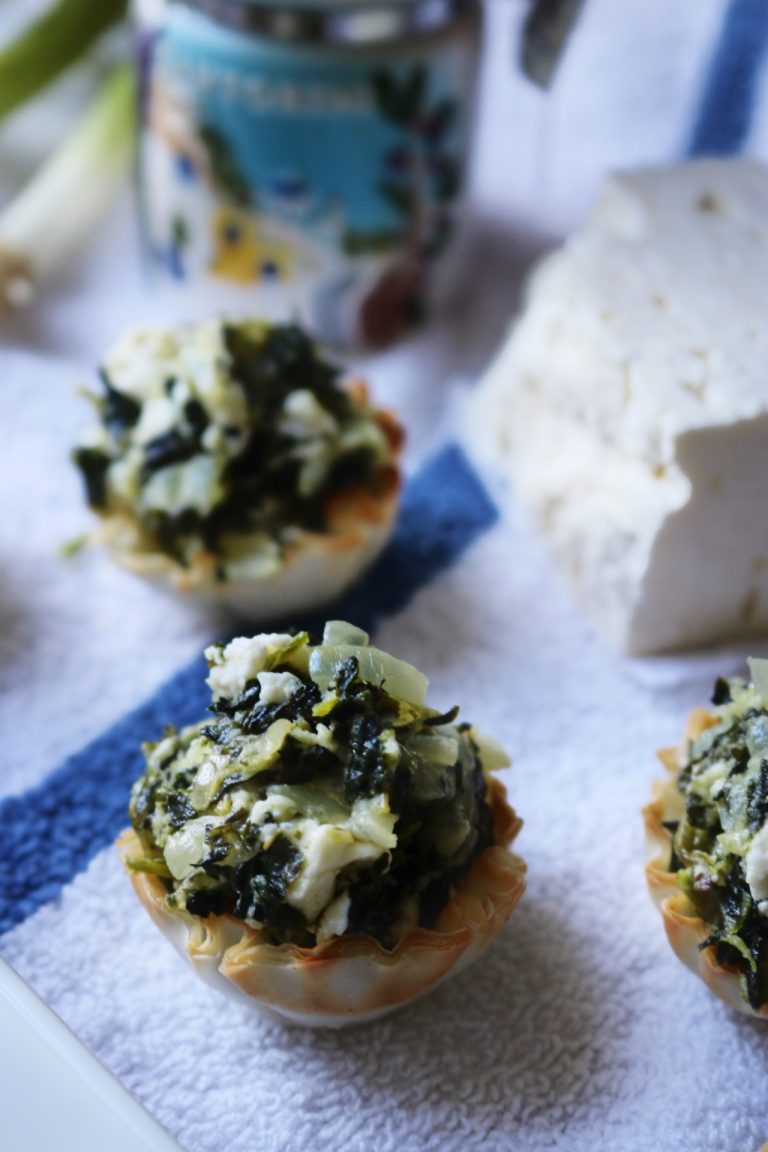 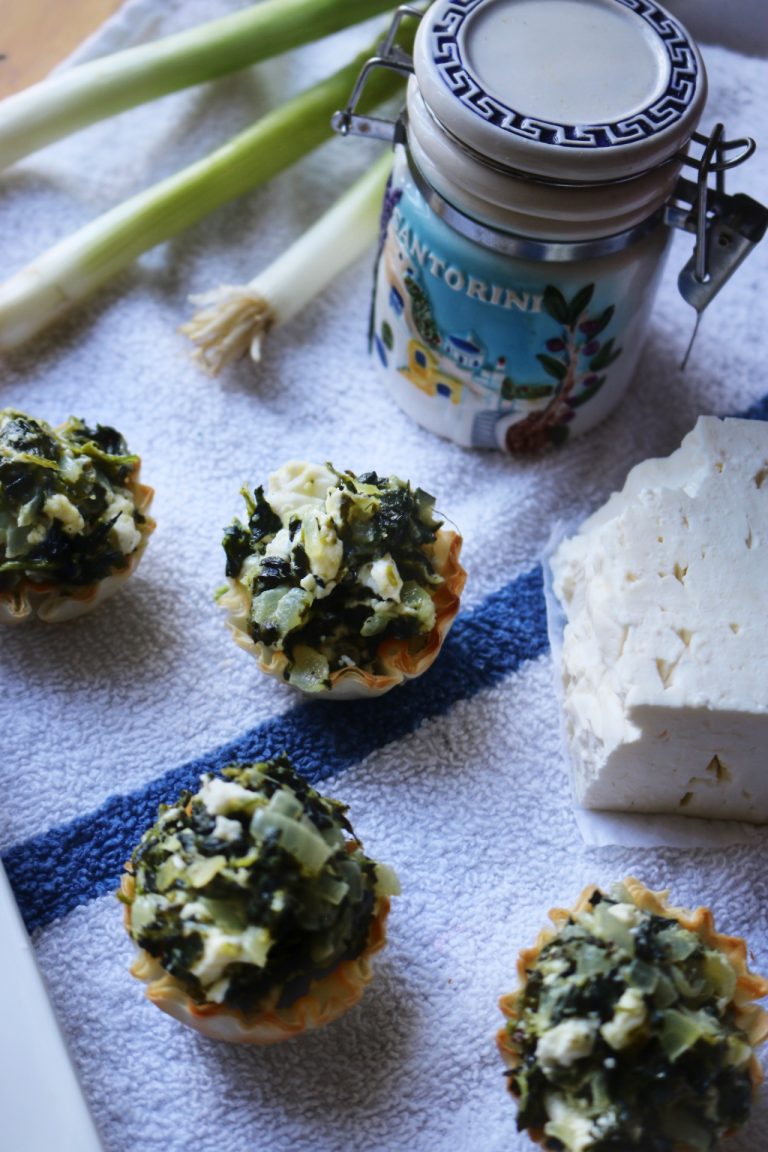