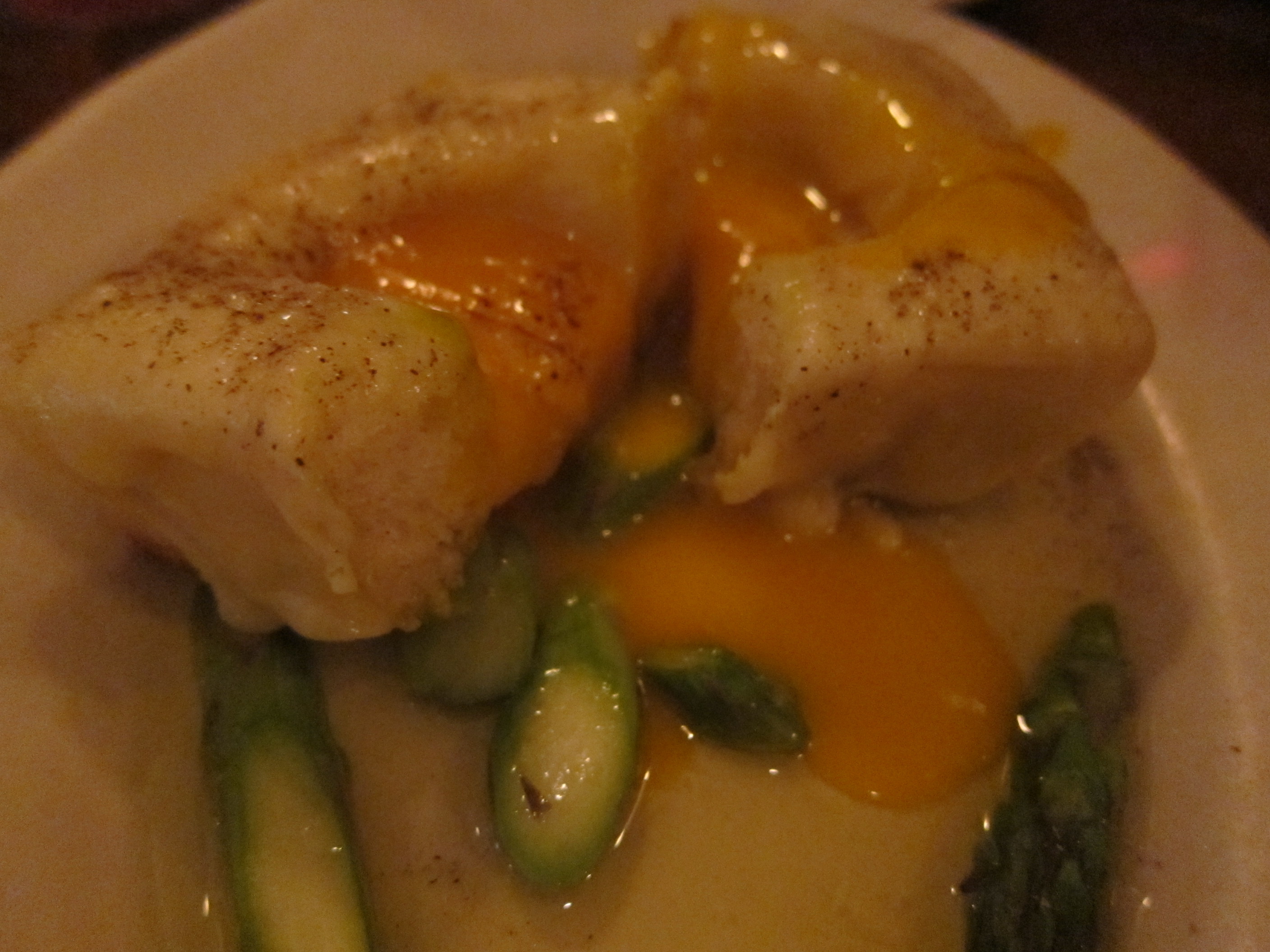 Don’t know what was keeping me from posting this one…can I plead temporary insanity? I visited Ino a couple weeks back, and it was delicious, to say the least. Ino is a true testament to the saying “good things come in small packages” because this has to be one of the tiniest wine bars I have ever set foot in. And thank god I have tiny feet.

Located on Bedford Street in the West Village sits this tiny gem, boasting a nice selection of whites and reds, as well as an array of Italian delights to pair with your vino. My friend Alexis has been bugging me about this place for a while and I kept resisting, for literally no reason at all. It just never seemed to be something I was in the mood for at the time. When was the last time you weren’t in the mood for a glass of red with truffled egg toast and bruschetta?? Again….temporary insanity.

Let’s talk toast. Have you ever tried “Egg Nests” or “Eggs in a Hole” as some people like to call them?? Ok, imagine that, now add a generous helping of cheese, truffle oil, and a few pinches of black pepper. Or maybe it was magic. I don’t know, but either way it was amazingggg. You take your knife and slowly cut into it, watching the yolks spill out everywhere, then take a piece of that rich and chewy bread to sweep up all of the yolk-truffle sauce that has pooled together in a silky emulsion. Can you tell I have strong feelings towards this thing? I’d make a home with it.

That’s sexy and you know it.

The bruschettas were no snooze either, but I didn’t enjoy the bread as much because it was a little too crusty for my taste. I have an irrational fear of extra crusty/hard bread because I tend to pierce the roof of my mouth with it during the mastication process. Tortilla chips also make this list, but I eat them anyway because you can’t dip a hoagie in guacamole.

Anyway, we ordered four pieces of bruschetta. Clockwise from top: sweet pea and pecorino, corn and goat cheese (special of the night), sweet onion jam and cacio, taleggio and sun dried tomato pesto. In order of deliciousness, I’d rank them as such: corn, sweet onion, sweet pea, taleggio. All were good, but I like combos of sweet/salty.

The paninis were very tasty, but again, there’s that bread. I don’t know, maybe I’m crazy but I don’t find that bread as satisfying as a roll or hero I can sink my teeth into. When the bread stands in between me and the ingredients of my sandwich, we’ll have problems. It’s supposed to be a vehicle that carries the meat and cheese into your mouth in a portable, clean manner. When I bite into it and can feel the crunch of the bread reverberating in my brain, that’s a bit distracting. Just saying.

Aside from anything with Nutella (which they had), one of my favorite simple Italian desserts comes in the form of sliced bread, fresh fruit, mascarpone cheese and honey. So that’s what we ordered. If you’ve never tried mascarpone cheese, you need to immediately. It’s not a typical cheese in that it’s not sharp or salty, it’s a super creamy cow’s milk cheese that can be both sweet or savory because it’s very mild. Kind of like Italian cream cheese/sour cream, but without the tang. Like tiramisu? That cream is mascarpone cheese mixed with sugar and custard. In this case, it acts almost like a thick whipped cream where the fruit rests on, before being drizzled with speckled vanilla-honey. Mmmm..