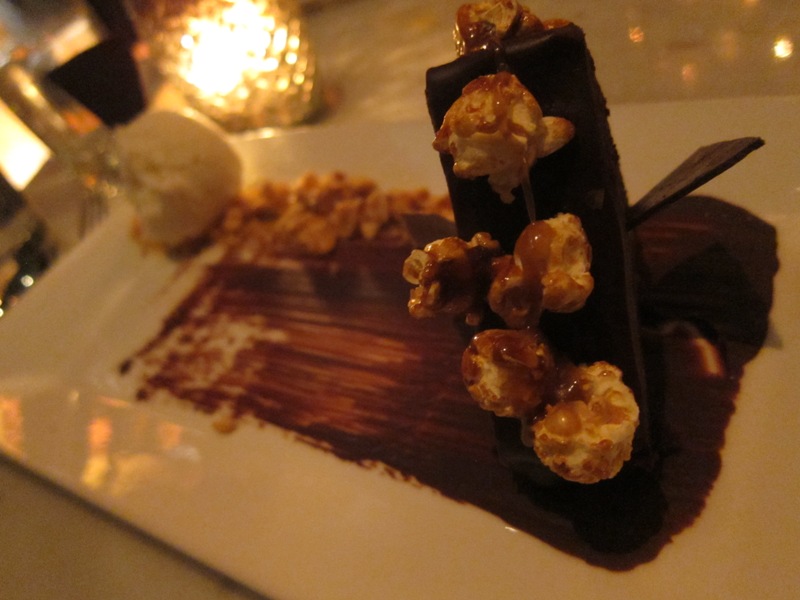 I am calling this part one because I have a few more RW reservations this week (I know, shocking isn’t it?), so there will likely be additions. Not to mention I haven’t posted since last week so I figured it was about time to stop being lazy and start typing. The joys of creative writing…

If you have been living in New York City for longer than six months, chances are you have been around for one of the seasons to experience Restaurant Week. It happens in the Winter and the Summer, and it’s a cheap way to test out some of the normally out of reach restaurants. Lunch menus are $24.07 (I still don’t understand that weird number) for three courses, and dinner menus are $35.00 for three courses. I have been to numerous places for Restaurant Week and I can tell you that some treat it as an opportunity while others treat it like a chore that robs them of their grandiosity and creativity. To those few, listen, I’ve read Anthony Bourdain’s books – I know chefs don’t live to turn out rounds and rounds of the same, cheap meals for a prix-fix pricetag, but in my opinion, if the Restaurant Week is good, then that means the regular dinner must be GREAT. And I usually find this to be the case. My previous post on Perilla is a good example of a nice, well-executed RW menu. And guess what?! The regular menu is just as delicious (if not more so).

I tend to ramble if no one stops me. Another joy of creative writing.

Anyway. Restaurant Week at Centrico. Some of you may know the chef, Aaron Sanchez, from the Food Network; I like him a lot on TV, but I have to say I wasn’t thrilled with the entire dinner. The space at Centrico has a nice ambiance for a date, but it wasn’t very crowded, so if you’re looking for more of a scene, I’d say go to Rosa Mexicano or Dos Caminos. I enjoyed the guacamole and chips very much, though I think that guac and chips should be included on the Restaurant Week menu as a pre-appetizer or amuse bouche of sorts. I’ve been to a few Mexican places that do this for RW and I think it’s smart. Because when you think about it, who goes to a Mexican restaurant and doesn’t order guac and chips?? Ludicrous.

The mushroom quesadillas with salsa verde were tasty – I think I actually liked these better than my entree. Flour tortillas stuffed with mushrooms and cheese, then dipped in salsa verde for that extra kick. Nums. Normally mushroom and cheese is a bland combination, but even without the salsa verde these had a good taste. My salmon entree served over olive, tomato and serrano pepper sauce was good but nothing I haven’t had before. I love olives, but this was a little too salty/briny for my taste. Dessert. I’m going to make this short. Tres Leches cake. I have no idea what was on this but it was very sweet. Amen. Centrico is not a bad choice by any means, but I don’t think you will be blown away by the food.

Moving on. Restaurant Week at Marble Lane. If you like trendy steakhouses, then this is the place for you, my friend! Located in the swank and sexy Dream hotel downtown in the Meatpacking District, Marble Lane has solid food but a slightly unimpressive RW menu. Also, this is unrelated but it was definitely a challenge finding the bathroom – the place is huge. I just remember making a lot of lefts and going down a spiral staircase into a large co-ed bathroom.

Talking about the bathroom is a great way to segue into the food, don’t you think? I have to say one of my favorite parts of the meal were the parmesan cracker-crisps they bring you in lieu of bread. The tuna tartare appetizer was very good, but I didn’t like the cucumbers underneath it, they didn’t really add anything to the dish – they were just there. I’m going to assume they serve a decorative purpose more so than anything else (see evidence below).

Here’s something to keep in mind if you do a steakhouse for RW – since these are usually very expensive places with very expensive cuts of meat, you can expect to see a small filet as the only steak option. Some places have the balls to not even HAVE steak on the menu (which is crap, for lack of a better word), but fortunately Marble Lane offered a 6 oz center cut filet with sauce Diane and a few large shallots sitting on top of it. The meat was cooked perfectly, however it was literally a piece of meat on a plate. This is how most steakhouses do things, so I understand, but when you eat at a steakhouse you ALWAYS get sides. Because you have to. There’s something a bit barbaric about eating a chunk of meat all by itself off of a clean white plate. I need some greens or something to make me feel less like a puma and more like a lady. We missed that mark, so not only did we devour the steaks, but we were still kind of hungry. Fail.

Dessert at Marble Lane was good but not great; as with many trendy restaurants, it looked more impressive than it actually was. The pumpkin cheesecake was full of pumpkin spice, but the texture was a little hard and grainy. The Rocky Mountain (Devil’s food cake, choc mousse) was decent, but aside from the bits of caramel corn studded on top, it wasn’t very chocolatey. Devil’s food is called that for a reason – it’s so good it’s Devilish! I’m obviously getting tired…my jokes are getting worse by the minute.

More to come from Pranna and Ed’s Chowder House!