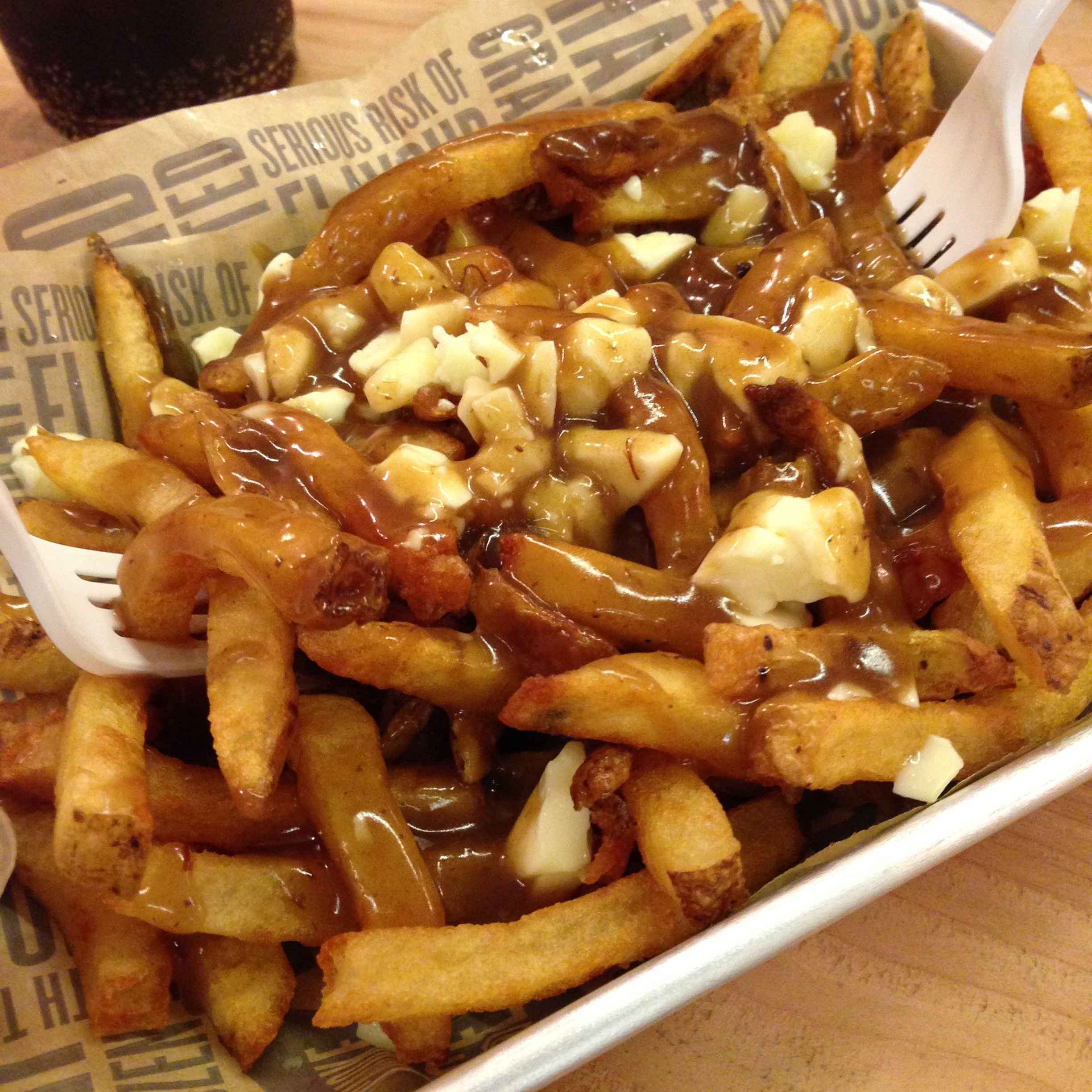 I’m just so excited I need to shout it from the rooftops!! And I’m also back from the Dominican Republic, and if there is one thing I’m craving, it’s American food. Errr well, Canadian food.

Raise your hand if you know what poutine is.

No one? Christ. Poutine is a Canadian treat that Big Smoke Burger is bringing to NYC and directly to your mouth. It’s french fries, gravy, and cheese curds. I know “cheese curds” sounds kind of gross, but trust me, you haven’t lived until you have had them combined with potato and gravy. Nom Nom Nom.

Big Smoke Burger is actually a Canadian chain, and Anthony Fauci, owner of Calexico, decided that he would open one here. Smart man. It opened a month or so back on 7th ave in Chelsea, and I attended the grand opening – like I said, where there is poutine, there is Dara – and it was awesome. The opening was donation based (suggested amount $20), and the proceeds went to help National Urban Technology Center and the Legacy School for Integrated Studies. Anthony also agreed to donate $20 per head that walks through the door, matching the suggested $20. Then once you’re inside, it’s all the burger tastes and poutine and shakes you can eat! Perfect.

I tried a few of the burgers here, which were BIG, by the way. Now I get it…BIG Smoke Burger. Sesame seed buns, delicious toppings, and like, 4 dipping sauces for the hand cut fries. Drool City. The poutine was obviously my favorite thing though…

The burgers I tried were the Blue Burger, the Spicy Burger, and the Lamb Burger. The Blue Burger was not shy about the blue cheese; the beef patty was topped with big heaping chunks, which were mixed in with avocado and rosemary mayo. I never thought blue cheese and avocado would be a good match, but it was delicious.

The lamb burger was topped with a cilantro-feta spread and it was also quite delicious…and you know my feelings on cilantro. The one item I’m bummed I missed out on, was the signature burger. By the time I got there, they were out of it. Drat! That just means I’ll have to revisit. I also know that they have a 36-seat outdoor atrium, and apparently some hard-to-find Canadian brews on hand. Bottoms up ey?

Get your big butt over to Big Smoke Burger ASAP and shove some poutine in your face. If you regret it, I’ll give you $20.

Just kidding, I won’t do that. Because you also won’t regret it.

Note: This post is dedicated to Teresa Wozniak. My favorite aggressive Canadian.