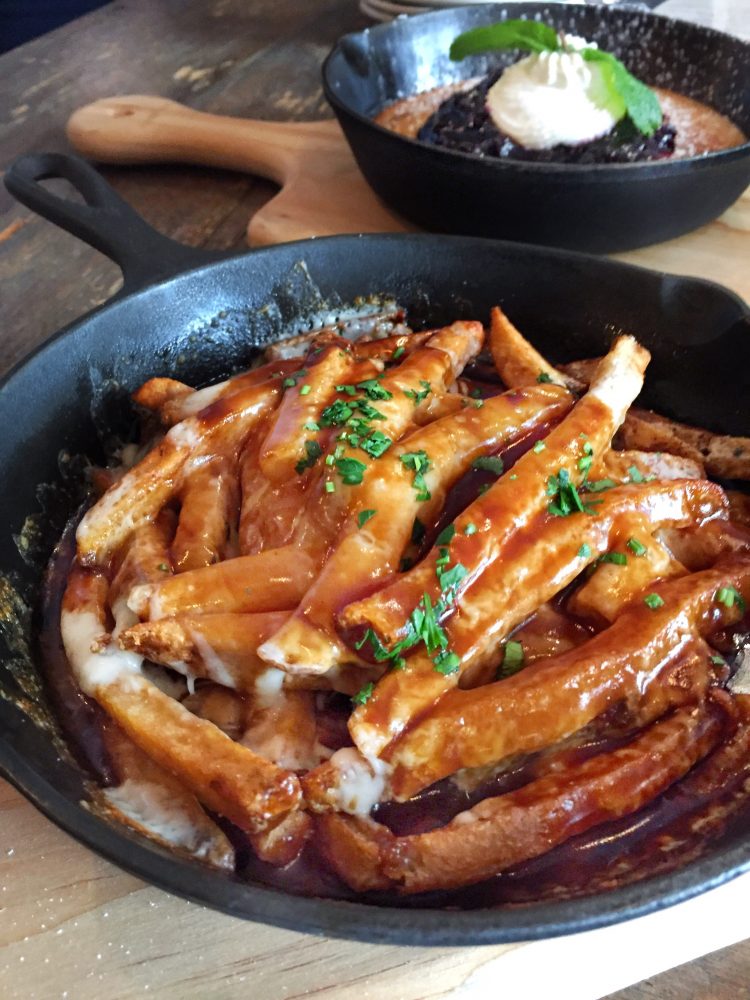 Did you know this was a thing? Because I didn’t.

First off, let me tell you that Tanner Smith’s is one of my favorite places in Midtown to grab a drink. They have wonderful cocktails and the vibe is like Hang Em High meets Some Like it Hot. Really showing my age here, aren’t I? But you get it. Kind of dark, candlelight, iron and wood structures…sexy vibes all around. I don’t exude a lot of sexy myself, so I try to stand around in places that encompass that so hopefully it rubs off on me.

After all the times I’ve been here for drinks, it dawned on me that I’ve never had the food. Shocking, right? So I heard about this Tipsy Tea brunch and was immediately intrigued. I can get drunk off of the thing that I drink before I go to bed?! YA DON’T SAY. So I brought in one of my favorite people and her family (also my favorites) who were visiting from out of town. Needless to say, we got a large sampling of the menu and loved every bit of it. Bonus: there’s live jazz music too! The tea cocktails are such a cute idea – why have I never tried this before?? The brunch includes one teapot cocktail (which serves two), one entree, and boozy teacakes! The High Tea cocktail was my favorite, with Aperol, freshly squeezed grapefruit, rhubarb, and champagne. The Rosie Lee was great too and super refreshing for summer: Hendricks Gin, lavender infused tea, cane sugar, freshly squeezed lemon juice, and champagne. Pinkies way up. I have yet to meet a poutine I didn’t like, but as a New Yorker, I had to get this one. Very similar to traditional Canadian poutine, but with mozzarella instead of cheese curds. I will allow it. The gravy was on point too, and in my opinion it’s all about the gravy. If you can’t have cheese curds, at least have great brown gravy! And Tanner Smith’s absolutely nailed it there. In terms of the breakfast confection hierarchy, I put it like this (from favorite to least): french toast, waffles, pancakes. However, I would be willing to flip that on it’s head for this skillet baked pancake. Fluffier, slightly crisp on the outside edges from the cast iron pan, and topped with whipped cream and marmalade. Can’t beat that combo. This one jumped out at me immediately. I have had many a hash in my day, but never one with brussels sprouts. The cool dill creme fraiche was a great compliment to the salty sprouts, and you have the option of adding meat to it. So naturally, I added bacon. Truthfully it didn’t even need it – it was tasty enough on it’s own. And I rarely say that about bacon. When the youngest chap at the table orders one of the best dishes, it’s time to reevaluate your authority. Don’t get me wrong, I loved my brussels sprouts dish, but the shrimp and grits were a major hit – nice work, Matty! Loaded with fluffy grits and slightly spicy shrimp, it could have fed three people (and actually, I think it did). If you like alcohol in your dessert, then you will thoroughly enjoy these boozy baby cakes. The booze keeps them nice and moist, and I swear they tasted like a shot. However, If I’m going to go that route, I prefer my booze out of a glass – call me traditional. Did I mention the other brunch drinks? Because I have to give a shout out to the Bloody Mary. One of the better ones I’ve had lately. And the best part? Topped with beef jerky.

Needless to say, I will be back for dinner.