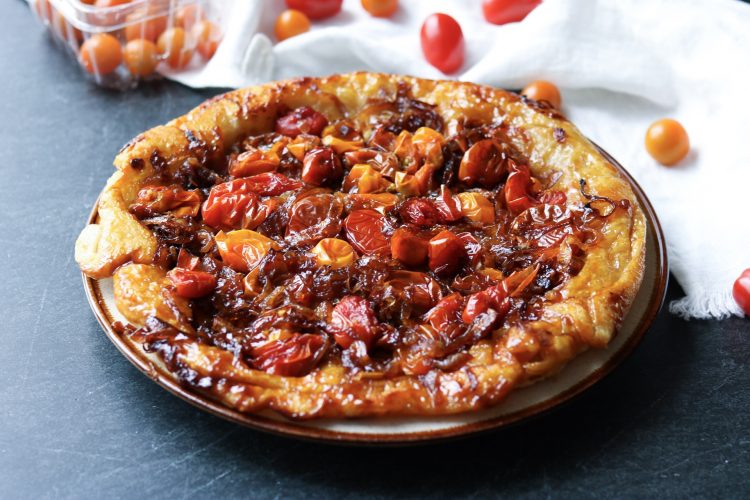 I made this thing and it was so beautiful I almost couldn’t eat it. Emphasis on “almost”. I’m not completely insane.

Anyway, I’ve been relishing the last few weeks of summer tomatoes and decided to try making a Tomato Tarte Tatin because it’s been on my list of “scary recipes”. Doesn’t everyone have one of those? The recipes that you’re afraid to make because they sound or look complicated? 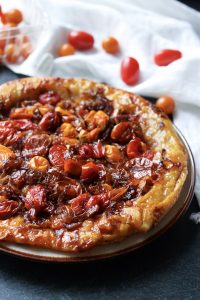 Well I have good news and bad news.. it’s NOT that complicated, but I also think it’s not for a beginner cook. Just being honest guys.

This is due to a few things, but mainly the caramelizing of the onions (patience is needed), the sugar-cooking process (gotta be careful with that), and the flipping of the tart onto the plate. If you haven’t seen it done, it might sound tricky, but once you get it, you’ll get it!

Here’s my notes for this recipe that you should take into account before making it:

I think that about covers it. I hope you love this as much as I did! 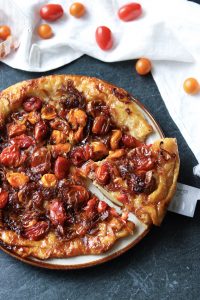 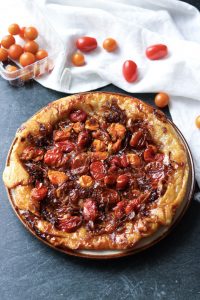 Thanks as always to FreshDirect for the ingredients inspiration! #fdambassador