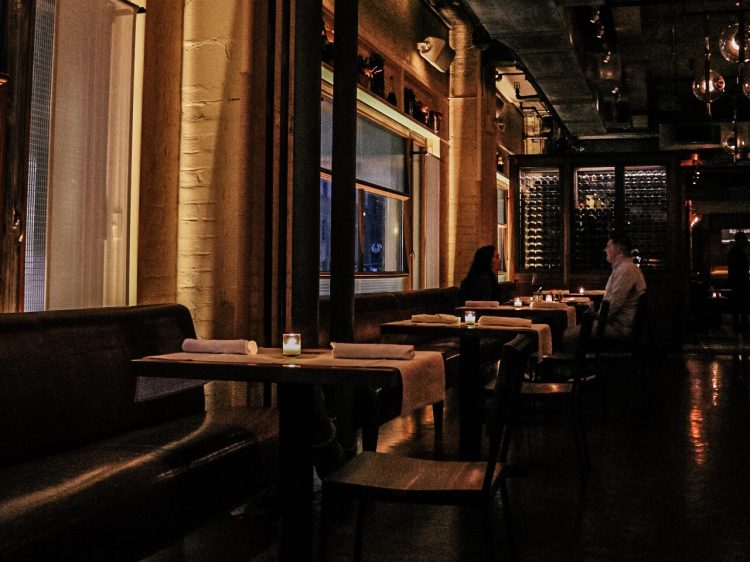 Before we dive into the details, I’ll just say this: it was fine, the food was great, but it was a little weird.

We decided on Quality Italian as our place to celebrate the return of indoor dining in NYC. Partially because it’s delicious and has always been one of my favorites, but also because it’s a fairly big space. I went to Vincent’s in Long Island not too long ago since they’ve had indoor dining for a while now, and it was not as socially distanced as one would have thought. This, however, was VERY spread out.

If you’ve lived in or been to NYC pre-2020, you know there was a bit of a congestion issue. Outside, inside, underground. Pretty much anywhere you go, you were bound to be rubbing elbows (at the very least) with a bunch of strangers.

I remember going to restaurants and wishing I had the ability to suck in my thighs because I was afraid of knocking over someone else’s wine glass as I squeezed by to go to the bathroom. Now? I could have done a cartwheel out of my seat and no one would have even noticed.

It was nice in a way to have that amount of space between tables, but it also took away some of that “energy” that NYC is known and loved for. Yet, I always kind of hated when I was sitting so close to people in a restaurant that I could hear their conversation and vice versa. It’s a double edged sword, at least for me.

The service was impeccable, just as I remembered it, and everyone wore masks. I was actually shocked to have paper menus again! I know I shouldn’t say it but I hate the little QR code thing. I imagine that must be a bitch for people who have eyesight issues too, trying to read an entire menu on a phone screen. First world problem, perhaps, but just being honest. At QI, they also give you the option, so if you’re not comfortable with a paper menu, you can scan the code for the digital version.

The food was wonderful too, and lived up to it’s memory in my head. We wanted to go with their signature “Chicken Parm Pie”, only this time we changed it up slightly to the version with Vodka sauce. Great decision on our part. It serves two, so either come very hungry or expect leftovers.

The Beefsteak Tomato & Straciatella appetizer was a refreshing choice to start the meal. Giant tomatoes topped with straciatella cheese, pickled onions, pistachios and fresh basil. The texture and flavor combination worked amazingly well – nothing gets me like that hit of bright acidity from a pickled onion.

After that delicious lactose-fest, we decided to skip dessert. You know me, I’m not a big dessert gal. Overall, Quality Italian was a very nice way to ease back into semi-normal dining. I wouldn’t hate it if restaurants kept some of this social distance spacing moving forward, but then I would fear that prices would skyrocket to make up for lost customer volume. And they’ve gone through so much already. Guess we will have to wait and see, but dining inside didn’t feel “unsafe”, so much as “uncomfortable” – just not in the way you would have expected.